It is hard to imagine Commissioner Roger Goodell walking the halls of the National Football League headquarters in New York singing Auld Lang Syne but today is the last day of the 2018-19 season. The NFL goes into its 100th anniversary year on March 13th with some of the same old problems but has disposed of one major headache. Colin Kaepernick has been paid off to go away and with that perhaps the protesting national anthem image problems will be in the rear view mirror. Additionally, Bob Costas has left one of the NFL’s broadcast partners, Comcast/NBC, because Costas tried to remind people that the football industry has a concussion issue and for the NFL and Comcast, the hear no evil, say no evil and speak no evil adage is much better than saying players are risking their brains and their health at work which features high speed collisions.

In 2018-19, if TV ratings are to be believed, people returned to their couches or bar stools and watched football after a couple years of falling ratings. CBS TV executives want to continue a business relationship with the NFL and Disney executives may be pushing both the over-the-air ABC network and cable TV ESPN as a combo in the next round of NFL TV negotiations. TV is a significant source of funding for the NFL as a business. Mark Davis will have to endure one more season of not being in a revenue generating stadium in 2019 but he will take his Raiders to Las Vegas, Nevada next year. The NFL will embrace what used to be the sole sports gambling outpost of the United States. The National Football League spent decades fighting to make sure only Nevada had legalized sports gambling. Once the wall came down on gambling, the NFL had no issues anymore. Sports gambling helps make them money. 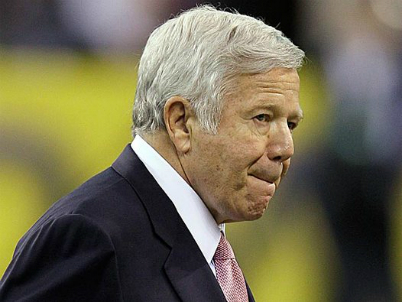