The first two days of the NCAA Men’s Basketball Tournament’s full schedule of games is not taking place this year. There is no tournament because of the coronavirus. Under normal circumstances, these two days are among the least productive days in the calendar year as workers sneak off to catch a bit of the games that are played on Thursday and Friday. The problem has become worse according to people who track these types of things with the advent of streaming video. Usually, there are games during work hours from the east coast to the west coast from four venues on Thursday and four on Friday. Brackets mean betting in office pools or side bets. People looking at the brackets are they betting on games and they don’t know where some of the schools are located. They probably don’t know many of players on any of the teams they are betting on. It is a cultural event that draws in people who never watch a basketball game.

In addition to watching the games on a computer or phone, there is texting or checking Facebook or twitter and conversing with others. Betting is the big deal. Nevada has had legalized sports gambling for decades while New Jersey and other states got into the legalized sports betting business last year. Betting creates interest in the event although the NCAA is against legalized sports gambling because of some imaged concern about the integrity of college sports. Nevada sportsbooks took in a $495 million in basketball bets during March 2019.  New Jersey reported $106 million in basketball bets during the tournament period.  The men’s college basketball tournament is the most bet on three-week sports event and produces a brief heightened awareness of the games. None that will happen in 2020 as the coronavirus has, at least temporarily, for the most part wiped out sports globally. 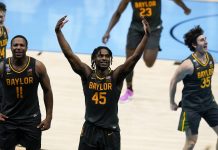 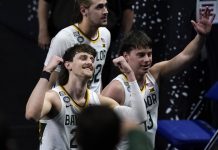