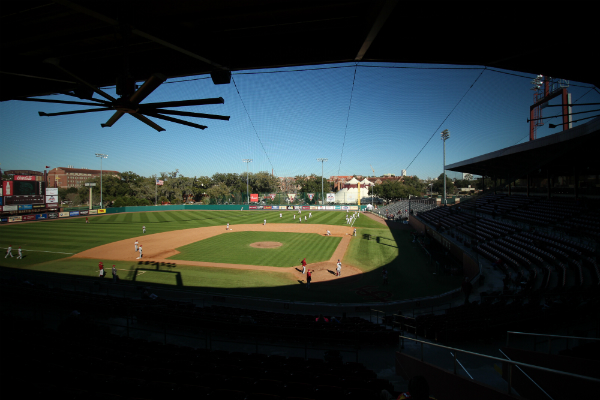 FSU baseball suffered their first loss to the College of Charleston Cougars but were able to bounce back and play solid baseball on Saturday and Sunday.

Mike Compton took the mound for the ‘Noles on Friday and was equally matched by Charleston’s right hander, Helvey. Helvey had a no-hitter through the first five innings as the bats for Florida State were not as hot. However, as Coach Martin stated, “It’s just baseball. The only thing predictable is the unpredictable.” Some balls just went Charleston’s way while those same pitches and hits did not go Florida State’s way. Martin and the team had nothing but praise for Charleston’s  performance on Friday saying that, “You have to tip your cap to them, they played a heck of a game.”

Saturday was a different story. The FSU bats got hot again, especially in the third inning when FSU drove in 4 runs on the way to an 8-3 victory. Drew Carlton was on the mound for FSU and pitched six innings with two earned runs off of seven hits and six strikeouts. Taylor Walls also was moved up in the lineup to the leadoff man for FSU. Martin stated that, “It may not be how we do it the rest of the year but it is working for now.” Again Martin and the team had praise for their opponents and a little for themselves too. Martin was quoted as saying, “Charleston just kept battling.” FSU was also error-free in this game, save for their lone error in the top of the 9th.

FSU showed resiliency all weekend and did not give up after the first loss. Florida State got into a jam early in the first but due to a double play, they emerged unscathed and never looked back as they went on to tack on 3 runs in the 1st, the 5th, and tacked on 4 runs in the 7th. The lone run scored in the 6th made it 11 and the Noles cruised to a victory both in the game and the series overall. Martin said that his team was, “Not letting opportunities fly by” and that this series, “Gives you a good idea of our ball club.”