Army Navy football is supposed to be special but it really is business.

Army Navy football is one of the longest running sports traditions in the United States. The series began on November 29, 1890 and there has been a game every year since 1930. World War I canceled the 1917 and 1918 games. The series was played during World War II and the 1945 game was billed as one of the “Games of the Century” that seem to take place every 10 years or so. The 1963 game was played after the assassination of President John F. Kennedy after a one week delay on December 7, the 22nd anniversary of the bombing of Pearl Harbor.

The game is still an important part of the college football season but Army and Navy are just two college teams that compete during the season. Neither is a big football factory school and neither contends for any national championships. But there is the tradition both on the field and in the stands. Something that stretches back over three centuries now, the 19th, 20th and 21st. So there is a cache to hosting the game and the United States Military Academy and the United States Naval Academy athletic departments will be looking at various venues in all areas of the country to place a game. There is money available and there probably is National Football League owner backing to grab an Army-Navy game to fill a stadium and make some money. The two service academies seem to be no longer wedded to continuing the series in Philadelphia annually. Whoever wants the game is going to have to pay not only for the product but to transport academy students. The trips to East Rutherford, New Jersey, Philadelphia and Baltimore are easy drives for the students who can get to the venues in two to three hours. In 1983, Pasadena officials paid for students and others to get to California for the game. People may think the players perform for the love of the game but there is always a five letter word that creeps up in sports. Money. 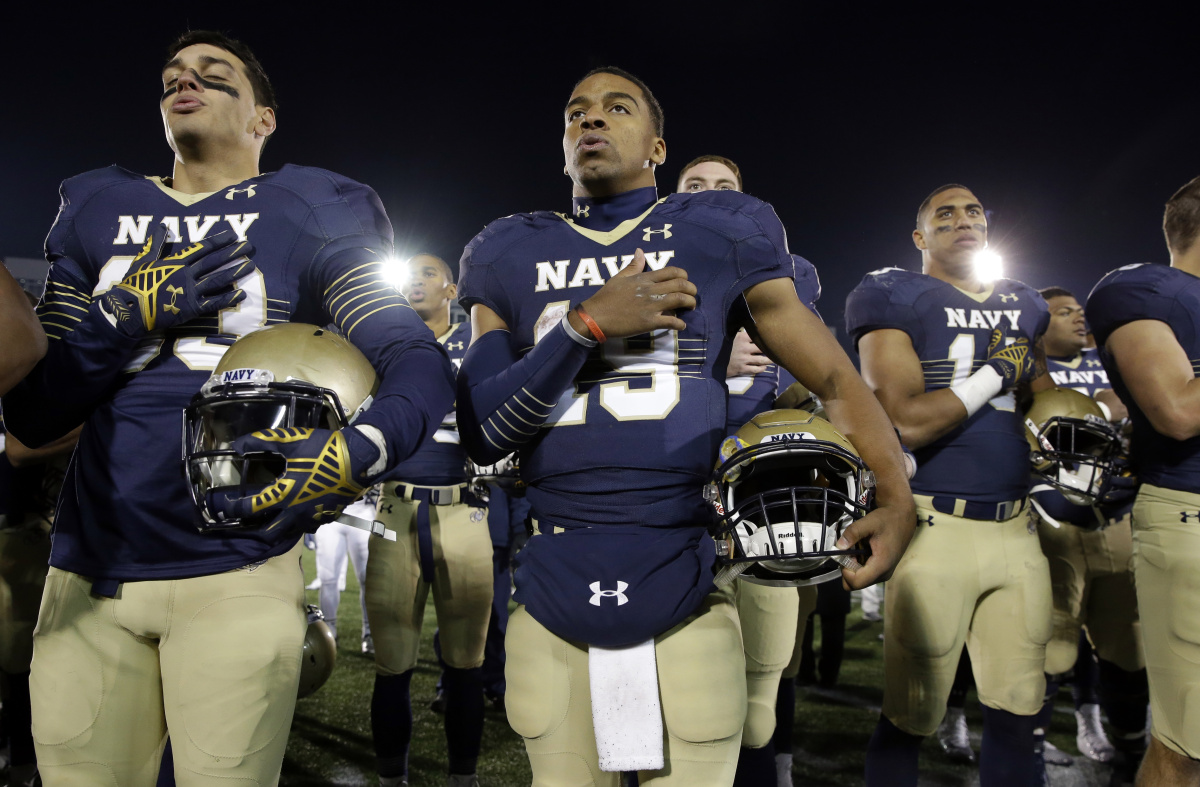 It was a short trip for Navy to play Army in Baltimore this year. But the trips could be much longer starting in 2018 depending on where the game is played.