A big day for college football fans with some of the signature teams are playing today in bowl games from coast to coast. Things get underway at noon in our Nation’s Capitol with a ACC-Big Ten showdown.

Once again in game two, we have another ACC-Big Ten battle in the Bronx.

We switch things up in game three of the day as it will be a Big 12 – SEC game between two wide-open offensive-minded teams with lots of points likely to be scored.

How about two teams that finished strong and hope to build on their late-season success – but now they want to build on that momentum going into 2020. The Trojans take a 90 mile trip south on the Interstate 5 where they will square off with the Hawkeyes.

The last stop is in The Valley of the Sun where two teams that throw it around the ballyard are ready for some fun. The Pac 12 and the Mountain West are well represented in Phoenix. 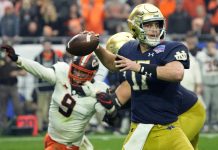 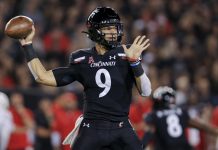 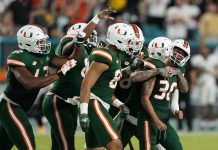 College Football Saturday: No. 24 Miami, Michigan State to play for 1st time since 1989