As The Second Half of The College Football Season is Underway, Week Nine Presents a Few Challenges for Florida Programs

The College Football Playoff Committee will reveal their initial rankings Tuesday night on ESPN. College Football Week Nine is the last weekend for teams to make an impression on the committee.

That’s good news for No. 9 Florida, who has a chance for their second top-ten win in three weeks. If the Gators can secure a win over No. 7 Georgia in Jacksonville, they’ll be on a collision course with Alabama in another SEC Championship Game clash.

Not so good news for No. 10 UCF who is idle, facing an uphill perception battle. A few notable ESPN personalities have done quite the hit job on the Knights on record saying teams like Utah State, Fresno State, and Appalachian State are “better on paper,” and more deserving than UCF. App State lost to Georgia Southern Thursday night.

ESPN’s College Gameday makes it’s way to Florida for the first time this season. Florida-Georgia will be the headliner, but UCF fans will be out in droves being only two and a half hours away in Orlando. The reception College Gameday receives from Knight fans should make for great television.

Tuesday the AP rankings and the opinion of ESPN personalities mean nothing. We shall see what the committee truly thinks of the Knights and their 20-game win streak.

The Florida Gators top our Florida Rankings for the third week in a row as the best team in Florida. Click here for full rankings.

On paper the Bulldogs seems like the better team, UGA score more points, puts up more yards on offense, and yield less yards on defense. However, the Gators have played much stiffer competition, most notable on defensive. Florida has played four teams with a top 25 defense, which skews their offensive numbers opposed to the Bulldogs.

The Bulldogs and Gators have two common opponents this season, they both beat Tennessee going away, Florida beat LSU at home, and UGA lost to LSU on the road. With both teams coming off a bye week, the chess match between Dan Mullen and Kirby Smart will be intriguing.

Georgia Wins If: The Dawgs must run the ball successfully to relieve pressure from quarterback Jake Fromm. UGA found themselves down early vs. LSU, forcing them to throw more than they’d like, and Fromm was all over the place with the ball against a good defense. Fromm did miss makeable throws vs. the Tigers, if he’s shaky again, we could see freshman quarterback Justin Fields who can make things happen with his legs.

Florida Wins If: With a stationary quarterback in Fromm, Florida must get to the quarterback to neutralize their downfield passing attack. On the other side of the ball the Gators have to establish the run, then take their shots downfield to test the UGA secondary. Quarterback Feleipe Franks is night and day from last year; his playmaking ability will be the difference.

It’s been a wild stretch for the Hurricanes. Head coach Mark Richt turns the reigns over redshirt freshman N’Kosi Perry vs. North Carolina, and the Canes win going away. Then Perry’s first test vs. Florida State and he threw four touchdowns in a come from behind classic. The Canes traveled to Virginia who’s much improved over years’ past, and Richt pulled Perry after two early interceptions.

Miami is on the road again Friday at Alumni Stadium to face Boston College who’s also 5-2. Richt elected to go with Rosier instead of Perry because he thinks Rosier gives Miami the best chance to win. The move doesn’t make much sense; Perry clearly has the bigger ceiling with 11 touchdowns to Rosier’s five in fewer pass attempts. However, Richt plays it safe guy as you can see in his play calling.

Boston College is extremely formidable, scoring 39.6 points per game, and putting up 447.4 yards on offense. Quarterback Anthony Brown plays very well at home, having not thrown an interception all season. Running back AJ Dillion averages 6.4 per carry and is very tough to bring down at 245 pounds.

Miami is led by their second-ranked defense (237 yds/gm) and lives in opponents’ backfields leading the nation with 81 tackles for loss. Miami’s defense should neutralize the Eagles’ offense. It’s Miami’s offense that is questionable coming off a 13-point performance. BC does give up over 370 yards per game on defense. Rosier was initially benched because he was inaccurate. BC will load the box to stop running backs DJ Dallas and Travis Homer who average 5.8 yards per run each. Rosier must make accurate throws down the field for Miami to leave Chestnut Hill with a win.

Last year was Florida State’s “lost season” due to injuries; ultimately head coach Jimbo Fisher left for Texas A&M. This year, the Noles are just playing bad football that’s far from the Florida State standard. FSU must win two of their next five games just to get bowl eligible, keeping their record 36-game bowl streak alive. A tall task with No 2 Clemson this week, at No. 22 NC State, at No. 3 Notre Dame, BC, and No. 9 Florida.

The root of FSU’s struggles is their offensive line. The Noles have the 125th-ranked rushing offense with 98.4 yards per game. Quarterback Deondre Francios has been sacked 18 times on the year coming off a torn ACL. Florida State used to be able to impose their will on other teams due to their offensive line, that doesn’t seem to be the case anymore.

Clemson does impose their will on teams, and has been for the past four years, as they look to beat FSU for the fourth year in a row. True freshman quarterback Trever Lawrence has been sensational since taking over the starting job. Running back Travis Etienne is a dark horse for the Heisman Trophy at 8.2 yards per run, and 15 total touchdowns. Etienne and Lawrence bring a high-powered offense to a Tallahassee environment that won’t be as hostile in years past.

As Florida State looks for those two wins, they hope to play spoiler and cause chaos for the College Football Playoff. To do so, they must figure out Clemson’s fourth-ranked defense that yields just 266 yards per game, and 13.4 points per contest. FSU’s best shot is to ditch the running game, help the offensive line out with max protection, chipping defensive ends, and airing it out with FSU’s playmakers. 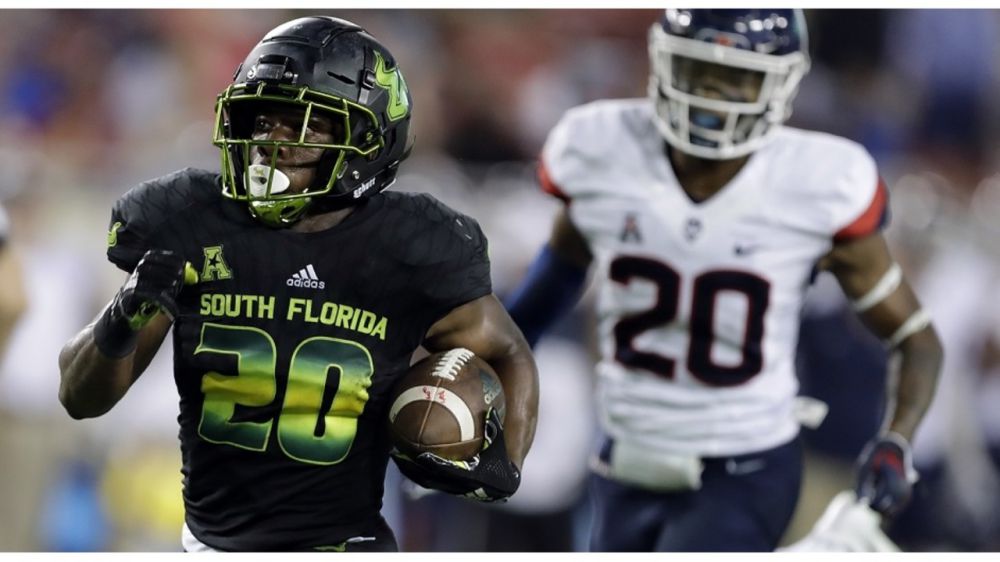 The Bulls may have the most “hallow” 7-0 record in college football. After a strong start beating two Power Five teams, USF has struggled with inferior competition since. Quarterback Blake Barnett has been average over the past four games with three passing touchdowns, and four interceptions. Barnett has relied on his running ability to pull out wins with four rushing touchdowns.

Saturday’s matchup is very important to Houston as they still have shot to reach a New Year’s Six bowl game. The Cougs will look to come out of Saturday 7-1 led by their quarterback D’Eriq King, who has 23 touchdowns with just three interceptions. Also, King leads the team with nine rushing touchdowns.

The Bulls will have to contend with the number two scoring offense in the country as Houston puts up 48.7 points per game. Both teams average over 500 yards per game while giving up over 400 yards per game on defense. Prepare for a lot of offense Saturday afternoon.

Houston’s key is their run defense that yields 149.3 yards per game. If they can neutralize running back Jordan Cronkrite, and USF’s rushing attack, Barnett will force the ball into more turnovers.

USF’s key is their 21st-ranked pass defense they yield 180.3 yards per game. King is not a polished passer; the Bulls must create tight windows, especially on third down to keep the Cougs off the field. 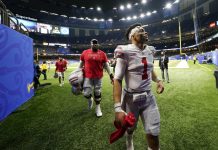 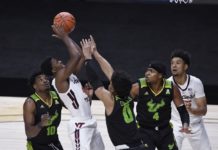