Coming off an up and down week last week the Sunshine State’s programs continued the trend in college football week two. The high, USF’s upset of Georgia Tech in a thrilling game. The low, Florida lost to Kentucky for the first time in 31 years–at home.

Regarding the AP Top 25, the Gators fell out as expected, UCF jumped up to #18, and Miami rose to #21. USF did receive a few points and could crack the top 25 in a few weeks if they stay unblemished.

Sports Talk Florida’s “Florida Rankings” will see a shake-up due to the Florida loss, USF’s big win and Florida State’s come from behind victory at home vs. Samford.

Anytime your quarterback throws three interceptions; there’s cause for concern. Unless you’re UCF, who’s really really good. Knights quarterback McKenzie Milton had a game to forget Saturday night, but UCF routed the SCST with big contributions from their running game and defense.

“There’s going to be nights where you’re a little bit out of rhythm,” Knights head coach Josh Heupel said. “But he’s a really good player. He missed a couple of throws but he made some big plays too.”

After getting handled last week in Dallas, the Hurricanes bounced back in a big way throttling Sav St. No, the competition wasn’t great by any means, but recording 77 points in the home opener after losing four in a row just feels good. However, the Canes find themselves in a conundrum with the quarterback situation. All four quarterbacks played well Saturday due to the competition, but next week is a bigger test on the road at Toledo. Will coach Richt make a change or will he stick with the senior, Malik Rosier?

“Winning is a lot more fun than losing,” Richt said. “We had lost four in a row, as everybody knows. Sometimes people want to help remind us of that and I don’t blame them. But it was good to get a victory today, good to play a lot of people today.”

Miami’s defense played well as they pitched their first shutout since 2015. The Canes look to improve on 2017 much like their new and improved Turnover Chain, which made four appearances Saturday night. 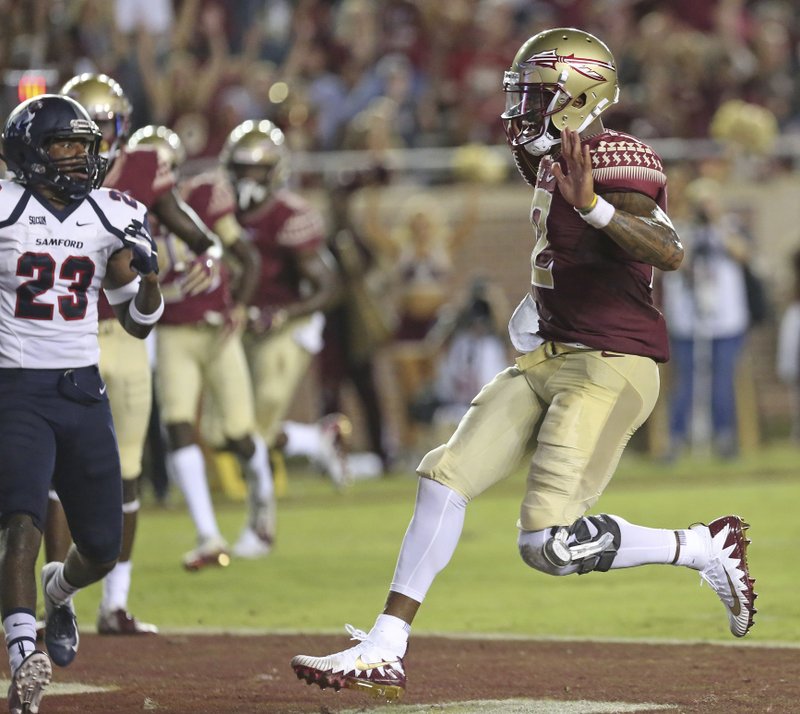 Disaster almost struck in Tallahassee as the Seminoles trailed the Samford Bulldogs for most of the game. A loss would have meant an 0-2 start, both losses coming at home, and one to an FCS team. However, the heroics of quarterback Deondre Francois in the fourth quarter essentially saved FSU’s season.

“It wasn’t pretty but it was good to see our guys find a way to come back and get a win after we started slow and weren’t playing as well,” said FSU head coach Willie Taggart.”

Slow starts seem to be the theme of the Seminoles in 2018. Samford quarterback Devin Hodges threw it all over FSU’s defense for 475 yards. But his four interceptions probably cost the Bulldogs a chance at the biggest win in school history. It goes without saying, but FSU’s defense needs some work.

Up Next: The Seminoles travel to Syracuse in ACC play. 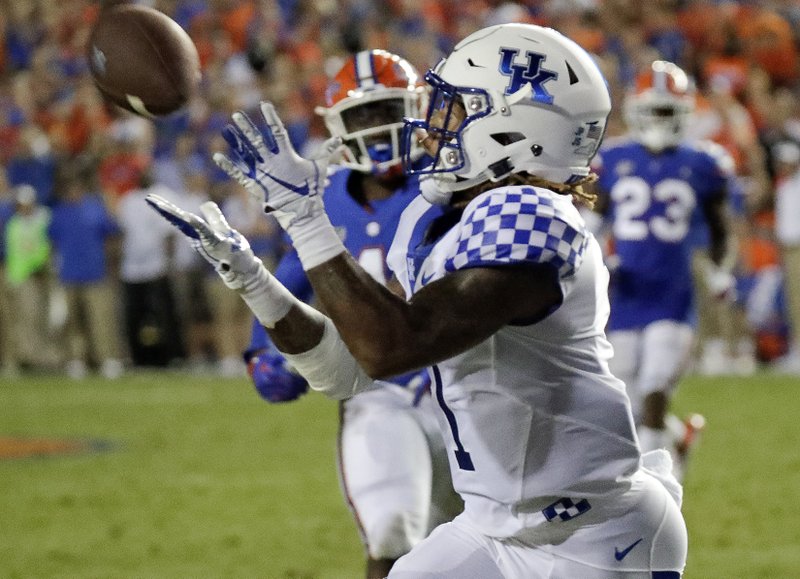 Disaster did strike in Gainesville as the Wildcats beat the Gators for the first time since 1986, and the first time in Gainesville since 1979. After looking great in week one vs. Charleston Southern, the Gators had a reality check as Kentucky controlled much of the game. In a surprise, Florida could not get the run game going and couldn’t stop the run as the Wildcats racked up 303 yards on the ground.

With upcoming games with Mississippi State, LSU, Florida State, and Georgia; Florida could be in for another long year.

Up Next: The Gators host Colorado State in nonconference play.

The biggest question coming into 2018 for the Bulls was the quarterback. There are no more questions on that subject. Bulls’ quarterback Blake Barnett played the game of his career vs. the Yellow Jackets. Tallying four total touchdowns while leading the team in rushing as well, Barnett led the Bulls in a come from behind win to beat a Power Five opponent.

“The thing about Blake is I think he wants to prove that he can really play,” coach Charlie Strong said. “You think about it, three years ago, he was the No. 1 quarterback (coming of high school). Then he goes to Alabama, and he goes to Arizona State and he kind of disappears. … You know can he can throw the ball, and if he needs to move the chains with his feet, he can do that, too.”

As Barnett is thriving in his new environment, receiver Terrence Horne is emerging as a big-time playmaker for the Bulls scoring three total touchdowns.

Up Next: The Bulls travel to Chicago facing another Power Five opponent in Illinois.

After getting dragged in Norman last week, the Owls got back on track in their home opener vs. Air Force. Quarterback Chris Robison completed 33 of 40 passes for a school-record 471 yards and three touchdowns and FAU notched its first victory over a service academy.

“I think he’s very talented and we saw it last year on the service team,” FAU head coach Kiffin said. “It was good to see it come together and as crazy as it sounds, 471 yards, and he left some out there.”

Up Next: The Owls host Bethune-Cookman Saturday.

Down 17-0 on the road in week two, the Panthers were starring at an 0-2 start to their season right in the face. However, FIU quarterback James Morgan threw three touchdowns as the Panthers rallied from the 17-point deficit to beat Old Dominion 28-20 on Saturday night. Morgan and the Panthers played much better in week two opposed to week one.

Up Next: The Panthers host Umass Saturday.

Ticket to “The Big Dance Punched,” No. 20 South Florida women beat UCF 64-54 in AAC title game and headed to the NCAA Tourny

Live Coverage: No. 20 South Florida women advance to a finals showdown with rivals UCF in tonight’s final at 10 p.m.