The Conference USA title will be on the line Friday night when the Western Kentucky Hilltoppers visit the UTSA Roadrunners at the Alamodome. Western Kentucky enters championship weekend at 8-4 (7-1 C-USA) after taking down the Marshall Thundering Herd 53-21 last weekend as a one-point road favorite. UTSA’s undefeated run came to an end on Saturday in a 45-23 road loss to the North Texas Mean Green as a 9.5-point favorite, dropping the Roadrunners to 11-1 (7-1 C-USA) overall.

These teams met during the regular season on October 9, with UTSA winning 52-46 on the road as a 3.5-point underdog. That was just the second-ever meeting between the programs, with Western Kentucky winning the other 45-7 back in 2014.

It was a winner-take-all matchup for the C-USA East title last week between Marshall and Western Kentucky, with the Hilltoppers eventually pulling away for their first division crown since 2016. The Hilltoppers failed to find the end zone in the first half en route to a 14-6 deficit, only to go off in the third quarter with Daewood Davis catching two long touchdown passes in a span of six minutes in addition to a Malachi Corley 14-yard scoring reception, and a kickoff return from A.J. Brathwaite Jr. followed by Davion Williams pick six meant the blowout was on in the fourth.

Quarterback Bailey Zappe capped off his record-breaking regular season by completing 25 of 48 passes for 328 yards and four touchdowns. Davis piled up 105 yards and two scores on just three receptions, while Mitchell Tinsley had nine catches for 84 yards. The Hilltoppers finished with a 485-325 advantage in total yards and forced two Marshall turnovers.

“Just kind of getting back to how we play ball,” Zappe said to the Bowling Green Daily News about halftime adjustments. “The first half, I think we were trying to do a little too much – me, personally. Coming out of halftime, we were really one big play away from starting to get our offense going and we were able to do that – me and (Davis) – and once we get going, we’re hard to stop.”

Western Kentucky also had a great regular season against the spread at 9-3, and has covered in each of its last five games entering championship week. Overs are 8-4 for the Hilltoppers, although last Saturday’s game went narrowly under the betting total of 75.5 points to snap a run of three straight overs.

This is one of college football’s most prolific offenses, with the Hilltoppers racking up 43.2 points and 525.1 yards per game to rank second nationally in both categories. The defense has steadily trended in the right direction but is still giving up a healthy 27.0 points and 411.3 yards per contest.

Zappe leads the NCAA in just about every passing category, completing 407 of 581 attempts for 4.968 yards and 52 touchdowns, giving him a shot at some all-time records. Noah Whittington is the team’s leading rusher with 90 carries for 452 yards and one score, while Jerreth Sterns is second nationally with 1,539 receiving yards on 127 catches, including 12 touchdowns. DeAngelo Malone has been a standout for the Hilltoppers defense, racking up 79 tackles including 14.5 for loss, 6.5 sacks, four forced fumbles and three pass breakups.

Linebacker Will Ignont, who leads the team in pass breakups and is fourth in tackles, didn’t play against Marshall and his status is unknown. Tight end Joshua Simon suffered a season-ending knee injury back in October.

The Roadrunners entered last weekend as one of three unbeaten teams remaining in college football, but are perfect no more after getting easily handled by North Texas. Things were off from the beginning as North Texas led 17-3 by the end of the first quarter, and a 69-yard touchdown run by Frank Harris followed in the second and a 67-yard touchdown reception from Tre’Von Bradley late in the fourth weren’t nearly enough for a rally with the Mean Green extending the advantage throughout the afternoon.

Harris struggled through the air, completing just seven of 14 passes for 59 yards, but did manage 10 carries for 97 yards and the long score. Sincere McCormick had 12 rush attempts for 60 yards, while Brenden Brady also broke off some big plays with 71 yards on just five carries. It was an uncharacteristic performance for the Roadrunners on both sides of the ball, as they were outgained 456-366 and turned the ball over three times in snowy conditions.

“I think human nature is we probably weren’t as juiced up as we were last week,” head coach Jeff Traylor said to the Associated Press, referring to a 34-31 victory over UAB. “But it wasn’t like a bad effort. They were at a 10 and we probably played at an eight. And you turn it over three times in the weather, you’re going to get embarrassed, which we did today.”

The Roadrunners were a solid bet all season at 8-4, although they have failed to cover in three straight games after scraping by Southern Miss as a massive favorite and being taken to the wire by UAB. Overs are an even 6-6 for the Roadrunners, with four of their last five games going over the betting total.

This is a top 15 offense nationally, with the Roadrunners piling up a healthy 36.9 points and 433.9 yards per game this season. UTSA’s defense also generally played well in the regular season, with opponents putting up 22.2 points and 346.4 yards per contest.

Harris provides strong dual-threat playmaking, having completed 222 of 335 passes for 2,688 yards, 23 touchdowns and five interceptions while adding 94 carries for 484 yards and five more scores. McCormick turned in another huge season with 263 carries for 1,275 yards and 12 touchdowns, while Zakhari Franklin is the team’s top pass catcher at 67 receptions for 871 yards and 10 scores. Clarence Hicks is a standout on the Roadrunners defense with 31 tackles including 14 for a loss, eight sacks, one interception and one forced fumble.

There are no official injuries to report for UTSA after it appeared all its starters are healthy following the North Texas game, including guard Kevin Davis who recently returned from an extended absence. Harris was a little banged up and held out of the second half against North Texas with the game out of reach, but indications are he is good to go for Friday.

Last weekend’s loss shouldn’t take away from the fact that this is a very talented and well-rounded UTSA team that has already won at Western Kentucky this season. With the pressure of going undefeated off and no inclement weather to worry about, UTSA will return home to a raucous crowd at the Alamodome and pick up its second win over the Hilltoppers of the season.

Western Kentucky’s late-season surge was mostly do to a very weak schedule, as it played no teams that finished above .500 in the final seven weeks with the exception of Marshall, which had a backup quarterback for most of the game. This is a much tougher challenge as the Harris-McCormick-Franklin trio is the most talented group in C-USA, and the Roadrunners already shredded the Hilltoppers defense for 564 yards in the first meeting.

UTSA’s defense had a strong year with 5.4 yards per play allowed backed by good pass rushing numbers and a ton of turnovers forced, meaning the Roadrunners have the better chance to come up with the occasional stop in what should be a shootout. Last Saturday was simply a case of UTSA looking ahead on the road against a red-hot North Texas team, and the Roadrunners will be much better on Friday night.

Nathaniel Reeves is an avid sports fan with degrees in journalism from the University of Washington and statistics from Western Washington University. He’s always had a passion for applying statistical analysis to sports betting and has successfully handicapped college football, college basketball, and Esports for years. Nathaniel has endured being a lifelong fan of the Seattle Mariners, along with the Seattle Seahawks, UW Huskies and soon to be Seattle Kraken. He has been a very successful sports bettor the last several years and we are thrilled that Nate has chosen to bring his talents to us here at Winners & Whiners. You would be very wise to follow him daily.
Follow on Twitter @njr3701 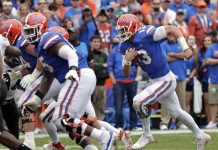 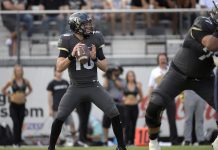