Swinney said if his players got paid he’d look for a different professional field.

Have you heard the news? Clemson’s head football coach Dabo Swinney is still the head football coach at Clemson University. Swinney did not step down even though he said he was going to quit if college athletes were allowed to get a paycheck. College athletes can sell their faces to a marketing partner and Swinney’s world has changed. Swinney trended on twitter and it was not a good trend when he became the subject of twitter scorn on July 1st. Twitter users reminded the Clemson coach of a past statement which apparently has not aged all that well. In 2014, Swinney said, “We try to teach our guys, use football to create the opportunities. Take advantage of the platform and the brand and the marketing you have available to you. But as far as paying players, professionalizing college athletics, that’s where you lose me. I’ll go do something else, because there’s enough entitlement in this world as it is.”

With a 10-year, $93 million deal, Swinney is the highest paid coach in college football, a business that prided itself as an amateur venture, college football. Clemson University itself or getting subsidies from people associated with the Clemson football program is paying that salary.  Players were performing for the mere love of the game as student-athletes. The phrase student-athlete was invented by NCAA executive director Walter Byers in 1955 as a dodge which allowed schools to get away with not paying athletes. Clemson players were putting their necks on the line and getting very little. Swinney was the poster boy for what was exactly wrong with college sports, coaches making big money off of unpaid workers who have little to show for their experience. That world is changing and college sports will adapt to its new fate. Swinney has not quit. The money is too good. 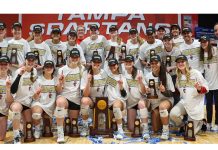 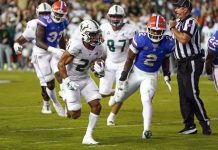