The East Region stands out from the rest because it has the best team from the regular season (Villanova), the most exciting Freshman (Collin Sexton), the most hectic team (West Virginia), and possibly the biggest upset (SF Austin). This NCAA tournament is as open as ever and whoever comes out of the East has a great chance to hold the trophy at the end of it all.

Playing for Alabama, Sexton hasn’t gotten the pub that other freshman Trae Young and DeAndre Ayton got during the season, but let me tell you, Sexton is the most fun Freshman to watch this season and others will finally get to see it. Sexton has carried Alabama all season and got them into the tournament after his coast to coast game winning layup against Texas A&M in the SEC tournament. A first round matchup against the up tempo Virginia Tech Hokies is going to be fun, but if Alabama can get past them then a second round matchup against #1 Villanova is in store and Sexton has a chance to put his name all over ESPN.

Villanova has possibly been the best team all season, but they have had a knack for slipping up early in the NCAA tournament and this season has the makings of it again. If Alabama gets by Virginia Tech, Collin Sexton is one of those players that can beat a team all by himself. If you go further down the bracket, West Virginia can put up 90 on anyone and plays harassing defense, Wichita State has been there before, Florida and Texas Tech have as much talent as anyone, and Purdue has been the best team in the Big Ten all season. This may not be the best region, but it quiet possibly may be the most open region.

The 8/9 and 7/10 games are always a joy to watch, and this region features the best duo. First, Virginia Tech has the ability to get hot and beat anyone, just like they did against Duke earlier this season. While Alabama has Collin Sexton and Avery Johnson coaching him. In the 7/10 game, Arkansas has a bulldog mentality and the ability to make a run in this tournament because of their outstanding guard play. They first have to try and get past 10 seed Butler, who has a knack for winning big games in the NCAA tournament and has a player in Kelan Martin who can drop 30 with his eyes closed. These are going to be some fun matchups.

Top matchup I want to see

Arkansas vs Butler: Daniel Gafford vs Kelan Martin. Two playmakers who can score in bunches and carry their team further than the first round. This could be a first player to blink loses.

Upset to watch for

St Bonaventure over Florida: After beating UCLA last night, the Bonnies have some momentum heading into their matchup with Florida. Florida has talent, but they have struggled all year and have not lived up to the hype. Matt Mobley and Jaylen Adams both struggled against UCLA and I do not expect them to struggle for the second straight game against the Gators.

Villanova. The Wildcats have played well all season, but sometimes struggle in the NCAA tournament. They have talent and experience with Brunson and Bridges and this feels like their region as long as they play to their talent level which I believe they will. 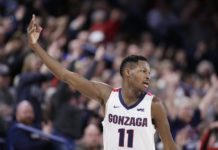 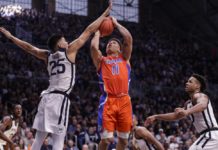 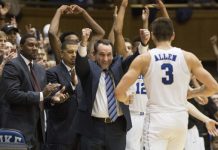