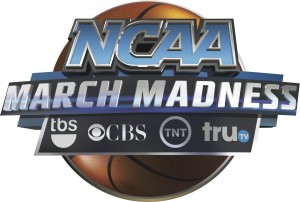 DALLAS, Tx. — A rollercoaster season for Florida comes to an end in the Round of 32 against Texas Tech, 69-66.

What started out as a good game, changed in the second half as fouls and missed free throws plagued Florida. About halfway through the second half, Chris Chiozza had 4 fouls, followed by Jalen Hudson and Kevarrious Hayes both with 3. Foul trouble put Texas Tech in the double bonus with 11-minutes left in the game.

“Tough deal for us. I thought we played well enough to have a chance. I’ve been really proud of the way this team has evolved and developed and how we finished the season beating Auburn, winning at Alabama, beating Kentucky. I thought we got a little bit out of character in the SEC tournament, and then we turned right back around, and I thought in this tournament, we were really good the other night. And I thought we were pretty good tonight and just got beat by a team who’s probably just a little bit better, at least they were tonight” said Head Coach Mike White.

As time expired, Florida had two three-pount attempts to tie the game at 69, but they both fell short.

“We’ve had some games like this where we would have made that shot, a couple times where we had a couple big shots earlier in the season and stuff like that, and we just couldn’t get this one to go down. We had two chances. But that’s the way the game goes sometimes. We got what we wanted, and we just didn’t make it” said Chris Chiozza.

With the win, Texas Tech advances to their first Sweet 16 since 1995. The Raiders are lead by senior guard Keenan Evans who scored 22 pounds against Florida.

“I felt like we did a good job of defending them. But he’s a good player, so he’s going to get his points. We just tried to limit the damage he could do” said Chiozza.

Gators finish the year 21-13, and Chris Chiozza and Egor Koulechov’s careers have officially come to a close in Gainesville. Florida fans are hoping for a better season next year.