Florida State’s best players stood out in the victory

Florida State played the game they wanted to play all night long, and the Gators were off of their game plan from the very beginning as the Florida State Seminoles waxed the Florida Gators 31-13 on Saturday night.

At no point during the football game did the Florida Gators look like they had much of a chance. The Seminoles immediately took away the strongest parts of Florida’s game and dared them to win on the road by passing and stopping the run, two things the Gators have struggled to do this season. 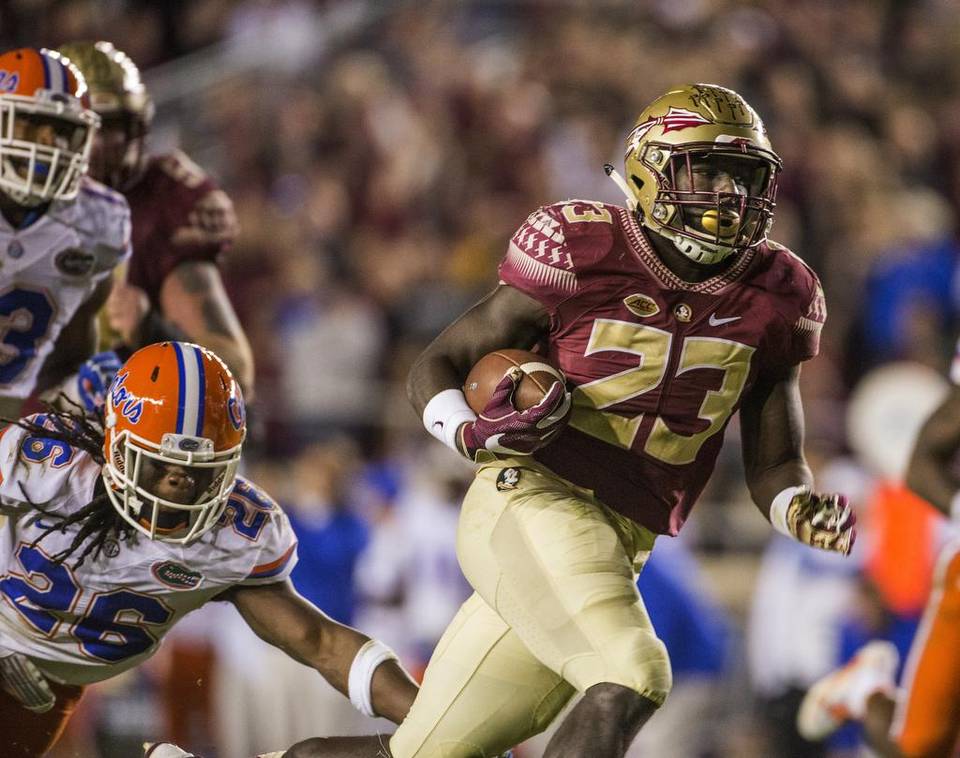 Florida State’s Dalvin Cook was all over the field for the Seminoles, opening the game up and eliminating the impact of the Florida Gators’ vaunted passing defense. Florida’s game plan centered on keeping their rivals from controlling the clock and pace of the game with big plays on the ground. Unfortunately for the Gators, Cook proved unstoppable for their defense. The Seminioles’ star rusher gained 153 yards on 26 carries to set the pace for Florida State.

Stopping Cook would have been a difficult task with the Gators’ full front seven, but of course injuries kept linebackers Alex Anzalone and Jarrad Davis off the field, two regular starters that made Florida much tougher against the run earlier in the season. While the Gator defense still has plenty of talent, their injuries helped open up holes for Cook all night long.

Likewise, the Gators’ offense placed a huge priority on getting their running game working. Jordan Scarlett had been the most reliable offensive player on the Florida roster to this point, but aside from a few sharp moments Scarlett was unable to create enough concern in the defense to open up plays for other members of the Florida offense.

That proved to be a considerable problem, as Scarlett only gained 53 yards on 14 carries on the night. The Gators fell behind early and lost the time of possession game badly enough that the running game was taken away from them in the first quarter.

As for the passing game, Austin Appleby was sacked six times, and keep in mind he’s the more mobile quarterback of the two that have seen action for Florida this season. The Seminoles spent all night in the Florida backfield, led of course by DeMarcus Walker who got two hits in on the Gator quarterback. 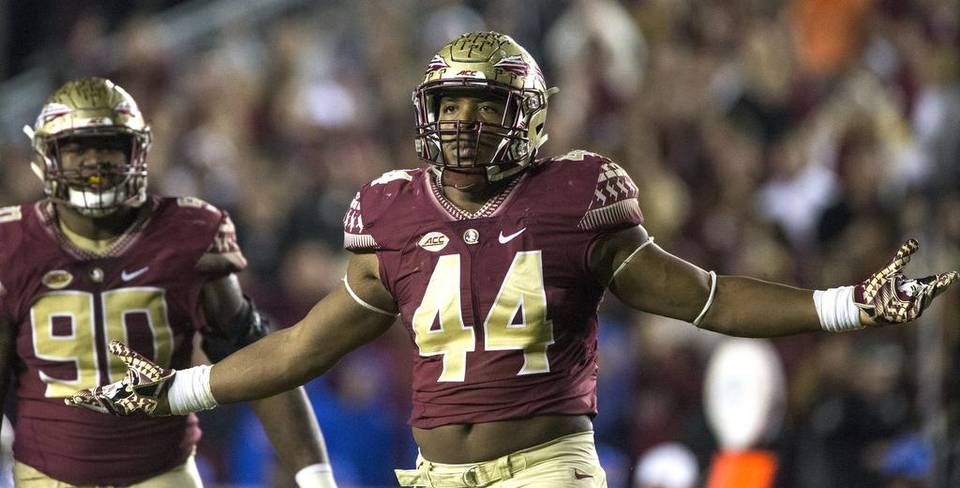 Deondre Francois only needed to drop back to throw 25 times last night. One of those passes was picked off, an ill-advised floater up the middle that landed right in the hands of Chauncey Gardner. A second, a pass into the end zone on second and goal, was dropped by Jalen Tabor. For Florida, that play is the one thing fans can look back on and wonder what could have been. That drop was the difference between being down 7-0 and 10-0 in the second quarter.

The other missed opportunity for the Gators came on Florida’s very first drive, a methodical march down to the goalline where they were unable to punch it in. Jim McElwain decided to go for it on fourth down rather than kicking a field goal.   Fortunately for the Gators, FSU’s ensuing drive resulted in a missed field goal.

Florida State’s first points were set up by a big defensive play. After forcing Appleby to cough up a fumble, the Noles went 24 yards in just two plays to open up the scoring.

The Gators pushed an edge on special teams to almost bring them back in the game. A blocked third quarter attempt by FSU’s Ricky Aguayo, combined with a second Eddy Pineiro field goal of the evening, narrowed the gap to 10-6. Later, with the game slipping away, Florida managed to score a fumble return touchdown on a bad punt return by their in state rival. That brought the score to 24-13 with 10:45 to go, but with Florida State’s defense in such control it seemed like a two score game might be too much.

When Jalen Tabor recovered a fumble with 4:01 remaining, Florida looked like they might have one last shot. Another strip sack by the Noles three plays later ended those hopes, giving FSU a convincing win.

While Florida did have plenty of chances to change this game, FSU was in full control from the start. They won the line battle on both ends, they executed their strategy, they forced the Gators into a Plan B they were never going to execute, and that means the Noles come away with the win. Florida may have kept it close, but they rarely looked like they had much of a chance in the game. 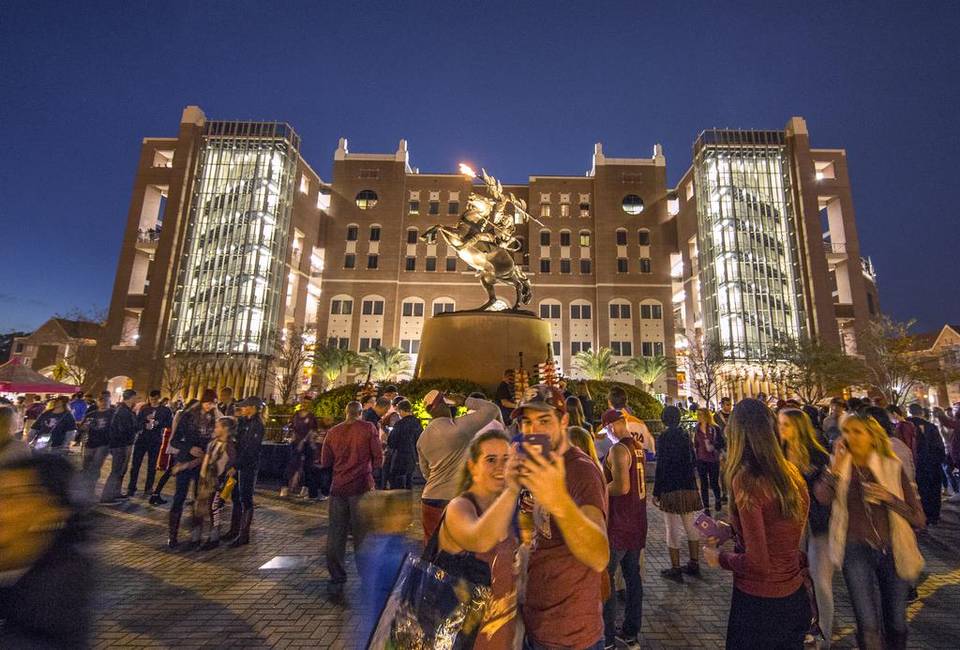 To put it another way, Florida may have had their moments, but their best player last night was punter Johnny Townsend, and usually when that’s the case a team is in a lot of trouble.

Florida State has now won the last four matchups with the Gators, which ties the longest winning streak the Seminoles have ever had against Florida. With no ACC Championship in the cards, they will spend the next week waiting to see where they will play their bowl and when. Games like last night provide a compelling case that FSU should be in a New Year’s Six bowl. 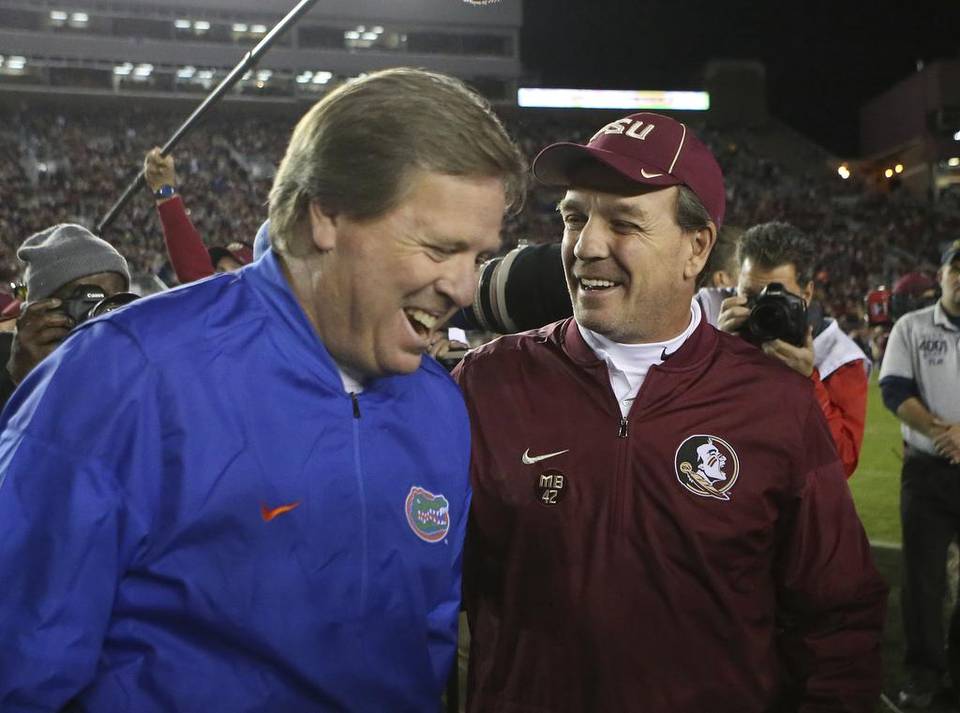 Credit where it’s due, Florida State can call themselves the best program in the Sunshine State. FSU trounced South Florida, edged out Miami, and held the Gators at arm’s length to sweep their in-state games. Although USF comes out with the best record of any major program in the state, that head-to-head win helpes push the Seminoles to that lofty position. Three losses will hurt in any year, but they hurt less when a team does so well in rivalries.

Florida, meanwhile, travels to Atlanta for another SEC Championship Game appearance. They will play Alabama, to whom they will be considerable underdogs. It is hard to understate the problem here: What Florida State does well, Alabama does much better than Florida State. FSU has a good defense, but Bama has a punishing group. Florida State can run the ball, Alabama is a reliable machine on offense due to big bodies across the line. For the Gators to have a shot, either they have to play an entirely different game than they played on Saturday night, or the Crimson Tide need to eat some bad food a few hours before game time.

The College Football Playoff was always a pipe dream for Florida, but now the idea of a New Year’s Six bowl might be far-fetched, unless the Gators can miraculously hang with Alabama. They have gone 1/3 in rivalry games. The cruelty of college football is that all the positive stuff that Florida did this year might not matter, on the balance sheet things just come up a little short. Jim McElwain can say his team is improved, but Saturday night underlined just how far they still have to go to be where Gators fans demand them to be.