The Florida Gators received the ball first in this year’s Outback Bowl and quickly started making their way down the field. Everything was going well for the Gators until Iowa’s Brandon Snyder picked off an Austin Appleby pass that had been deflected around the Iowa 30-yard line. Iowa however went three and out and punted the ball right back to Florida. Then it was Déjà Vu for eth Gators as a second Appleby pass was deflected before being intercepted by Iowa’s Desmond King at the Florida 27. The Gators escaped with only giving up a field goal to Iowa. On the Gators next possession, they were once again able to drive deep into Iowa territory before settling for a 44-yard field goal to tie the game at 3-3. Iowa made it to midfield on their next drive before punting it right back to Florida. The first quarter ended with Florida driving once again.

After a few broken plays the Gators opened the second quarter by punting to Iowa. The Hawkeyes started moving the ball with their ground game after Akrum Wadley busted off a 27-yard run to the Gators 35. A few plays later Iowa’s C.J. Beathard was able to rumble to the one-yard line on a QB keeper. The Gators then flexed their guns and stopped Iowa on 4 and 1 from the 1-yard line. After taking over on downs, the Gator’s Jordan Scarlett rumbled for 36-yards down the sideline. The drive eventually stalled after Iowa started putting pressure on Appleby, eventually sacking him for an 8-yard loss. Iowa was unable to do anything with the ball and sent it right back to Florida. The Gators then broke the game wide open after Appleby connected with running back Mark Thompson for an 85-yard touchdown, which is also an Outback record for the longest pass and longest scoring play in bowl history. This put Florida up 10-7 with just under two minutes in the first half. 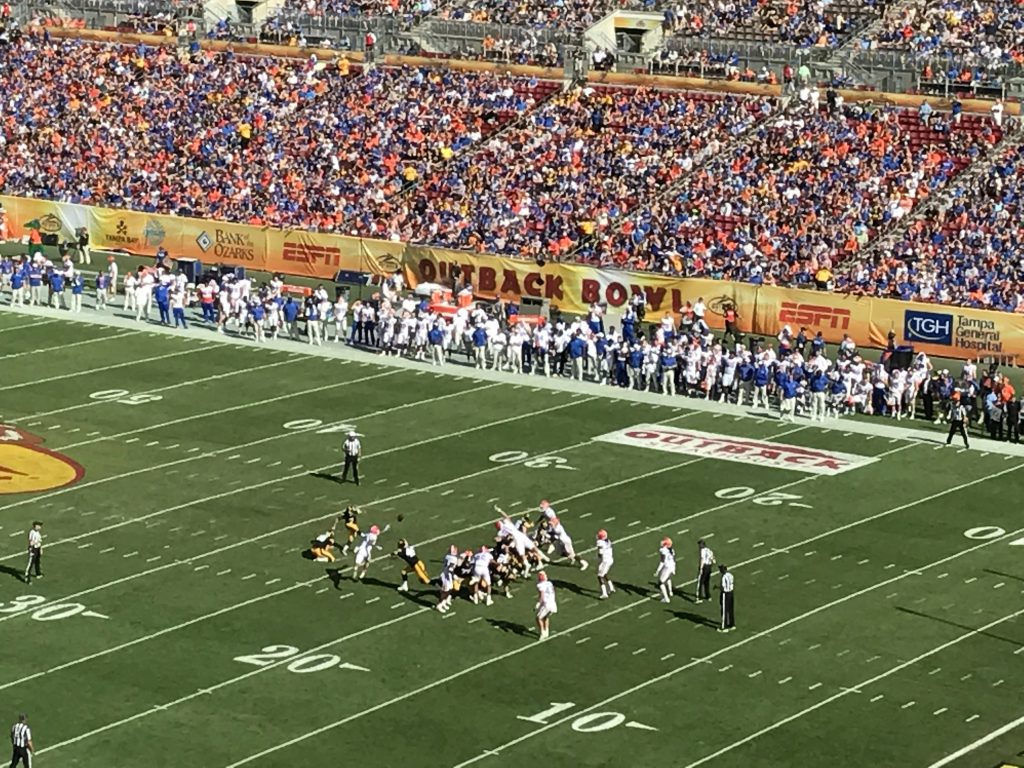 Coming out of the half Iowa was able to reach the red zone with a balanced attack through the air and ground. The Hawkeyes finally fizzled out and had to settle for kicking a 30-yard field goal which ended up going wide right. Florida quickly took advantage of the missed field goal and began marching back down the field with several big plays, including back-to-back 20-yard strikes get inside in the 10. The Gators then shot themselves in the foot with back-to-back penalties backing them up to the 19-yard line. Florida finally found the end zone on a 6-yard pass to tight end DeAndre Goolsby. This gave the Gators a commanding 17-3 lead with under a minute left in the 3rd quarter.

Florida opened the 4th quarter with some fireworks as they intercepted C.J. Beathard’s pass and took it back 58-yards for the touchdown. The touchdown by Chauncey Gardner put the Gators up 24-3. Iowa’a Desmond King returned the ensuing kickoff 50-yards to give Iowa the ball at midfield with a little over 14 minutes left to play. The Hawkeyes were forced to punt giving Florida the chance to milk the clock with their ground game. Adding insult to injury was Iowa shanking a 14-yard punt out of bounds. The Gators ran a few minutes off the clock before punting it back to Iowa. But on Iowa’s first play they threw another interception that was returned 30-yards Chauncey Gardner, giving the Gators a 1st and Goal from the 7-yard line. Florida then added to their lead with a 25-yard field goal, giving them a 27-3 lead. A few plays later Florida picked off Beathard once again and returned it to the Iowa 36. The Gators once again settled for another field goal, this time form 48-yards out as their lead reached 30-3. That is how the game would end as neither team could do much in the final minutes. 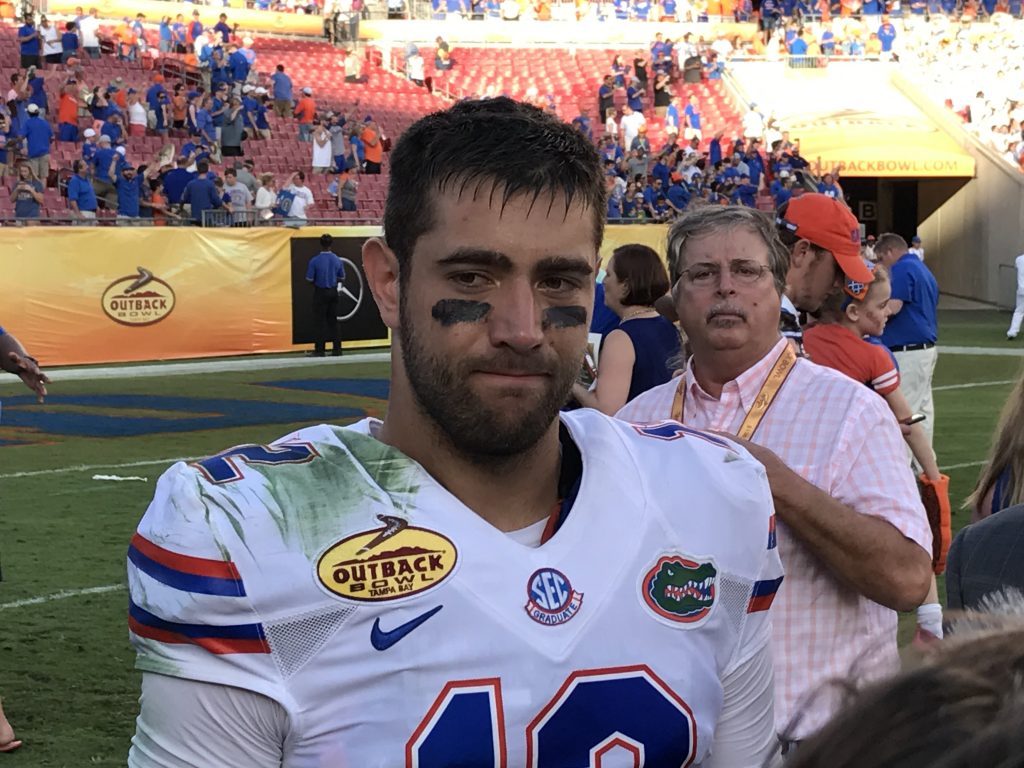 For Florida winning the Outback Bowl was a great way to end a season. It also shows that the Gators are a team to be taken seriously in the SEC. Giving up just 3 points, Florida’s defense is among the best in the nation. Coach Mac and the rest of Gator Nation just hope winning the Outback Bowl can keep the pipeline of talent coming to Gainesville on National Signing Day.