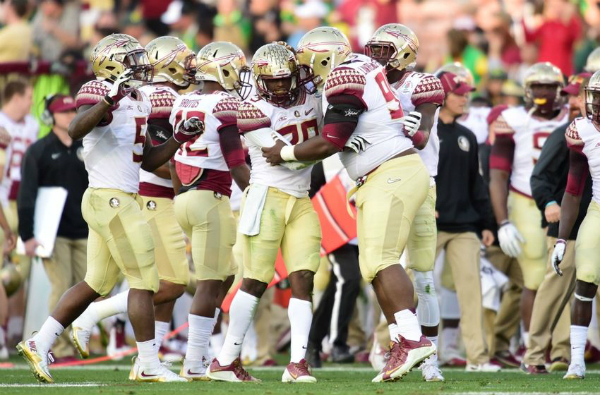 The ninth ranked Florida State Seminoles (10-2) are Atlanta bound for the post season to play in the Chick-Fil-A Peach Bowl on December 31st. The Peach Bowl is where the majority of fans and analysts alike imagined that the ‘Noles would end up and now it is a reality. The one thing that most were not so sure on was who Florida State would play. That too has been decided as the Seminoles will face off against the AAC Champion in the Houston Cougars (12-1).

That being said it doesn’t mean that Florida State doesn’t have a few weapons on offense (like a certian young man in a number 4 jersey) to take on the Coogs defense, but the main matchup of the game will be between the FSU defense and the Houston offense.

Over the past 4 years, FSU has had a streak of playing in BCS Bowls (when they were still called that) and New Years Six Bowls. In 2013 FSU played in the Orange Bowl against Northern Illinois, the BCS National Championship Game in January of 2014 against Auburn, the semi-final of the first annual College Football Playoff game against the Oregon Ducks, and now the first New Years Six Bowl game.

To the surprise of many, FSU has in fact played Houston before, quite a handful of times actually. The Cougars lead the series all time against the garnet and gold 12-2-2, however, they haven’t met up since 1978.

This also isn’t the first time the Seminoles have played in a Chick-Fil-A Bowl either. In December of 2010 the Seminoles played the South Carolina Gamecocks when Marcus Lattimore was still playing for them and defeated SC 26-17.

All of the New Years Six Bowl Games are as follows:

All times are eastern standard time