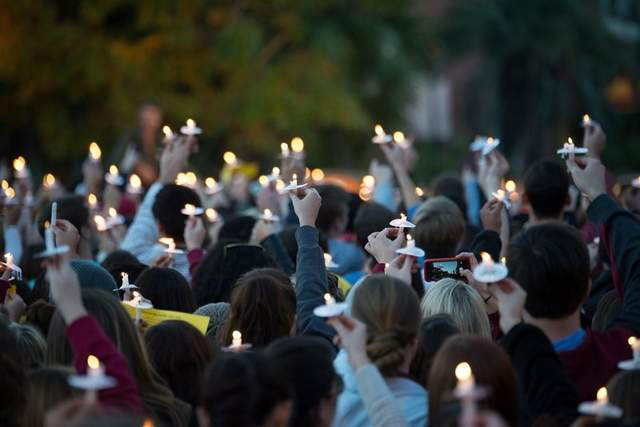 One year ago today, in the early hours of the morning, tragedy struck the Florida State campus. Sometime around midnight, a gunman walked onto FSU’s campus and into Strozier library on campus, and opened fire.

Tallahassee police and FSUPD swarmed to the scene and Tennessee Street here in Tallahassee was flooded with more police cruisers than you could count. Students who were in the library at the time, just focused on studying and getting ready for finals or in line to get coffee, some who were in there for the long haul and pulling an all-nighter, huddled together, not sure of their safety, not sure of anything. Calling their families and friends to ask if they were okay, tell them that they love them, and then have to hang up the phone.

The gunman, Myron May, was gunned down by Tallahassee police shortly after his tirade began, but not before injuring three students. Thankfully all survived and are very well off today.

Nonetheless this was a tragic and scary event for us all, including myself. This tragedy could have been much worse than what it was but thanks to the quick response by the TPD, numerous lives were taken out of danger and the threat was eliminated. 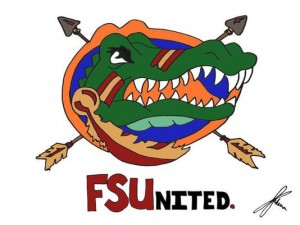 The entire community rallied around Florida State in the wake of the shooting. The biggest supporter of FSU was rival Florida. Within hours of the shooting, several editorials at UF newspapers rushed to support the garnet and gold, with Editor in Chief of the Independent Alligator saying, “You can’t not feel for what was going on, we all felt the tragedy.”

The outreach on social media was equally as impressive with many showing support across various social media platforms. Many saying things such as, “No rivalries, no jokes. Just prayers.”

FAMU, who is also located in Tallahassee, opened up its campus for any FSU students who needed a place to stay if they wanted to get away from campus for a while.

It was on this night that I left campus to go home only 2 hours before the shooting took place. It was on this night that I had to make phone calls and send text messages to friends and family (that wouldn’t see the news until the morning) that I never want to make or send ever again. I had to tell my mother, father and friends at home that they were going to see on the news in the morning that there was a shooting on campus. That I was okay, that my roommates were okay. I was alive and I was okay.

It’s in these moments that we all need to take a step back and realize the value of the situations we are in. Being a student at Florida State is an immense blessing. The chance to talk about sports and follow a team that we know and love as a job is an amazing opportunity. All these are such trivial things, that are only here for a moment and can be taken away in an instant.

As we go into Florida State’s game on Saturday against Chattanooga, please remember that while watching our favorite college teams play is great fun and rivalry games are all in good fun, these kids that we see suit up every Saturday are just that, kids. Most are between the ages of 18-22. Young adults waiting to start their lives and they are presented with an amazing opportunity to play football or any sport at a collegiate level at a large school. We learn to take these things for granted and just see the shoulder pads and the helmet and not the person inside.

Sports can drive people apart but as we’ve seen in this instance, sports and rivalries can bring people together and make them stronger than before.

We are all human, we are all capable of realizing the gravity of certain situations, and when it all comes down we realize what’s important to us, and that’s one another.

My name is Blake Brannon, I’m a Florida State student, and I am still here.