Xavier Continues To Be The Upset Team

Xavier shocked the world yet again and defeated the number three seed FSU by the final score of 91-66.

Xavier had control from the very beginning of the game because of their spacing of the floor and their fantastic defense.

“I don’t even know where to start,” Xavier head Coach Chris Mack said. “I’m so excited for the guys next to me and the guys in the locker room. They earned it. Our team’s gone through a lot of adversity this year, and we stayed the course. We had a meeting at the beginning of the year, and we talked about how tough of a feeling it was in St. Louis in that locker room when we lost to Wisconsin. Instead of just saying “attack”, when we broke huddles, we wanted to talk about attacking and finishing. Man, we finished today.”

In the first half, Xavier got off to a very hot start out of the gates, controlling the entirety of the half. They shot an outstanding 59% from the field, 71% from downtown as well. Xavier was also doing a good job in defending FSU’s high power offense by letting them shoot only 45% from the field and only 13% from three point land.

Xavier is also outscoring FSU’s bench 16-2 in the first half, 27-17 for the game which has been a big part of why they have the lead at the half and won the game with ease.  They led at the half 44-34 and never looked back. 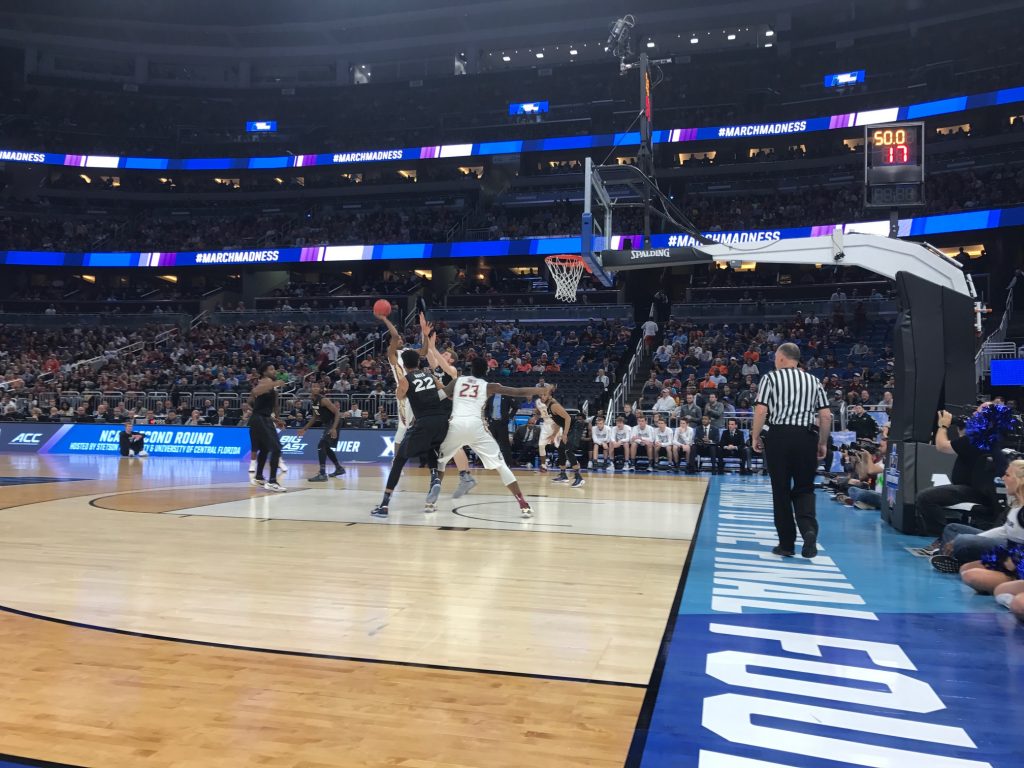 “That’s the great thing about this team is we’ve got a lot of guys that can play, and if somebody’s not stepping up, another person is.” J.P. Macura said about their bench effort.

“To be able to have that type of depth coming off the bench will really allow — with the many players we have, is kind of critical for us.” Bluiett said about their bench effort as well.

In the second half the story was the same as Xavier kept hitting their threes getting the lead past 20 for the majority of the second half and made FSU look small at times as well.

The star for Xavier was Trevon Bluiett. The man was on another level tonight as he had 29 points, six rebounds and went 8-14 shooting that also includes 3-5 from downtown. After the game Bluiett had this to say on getting off to a good start. 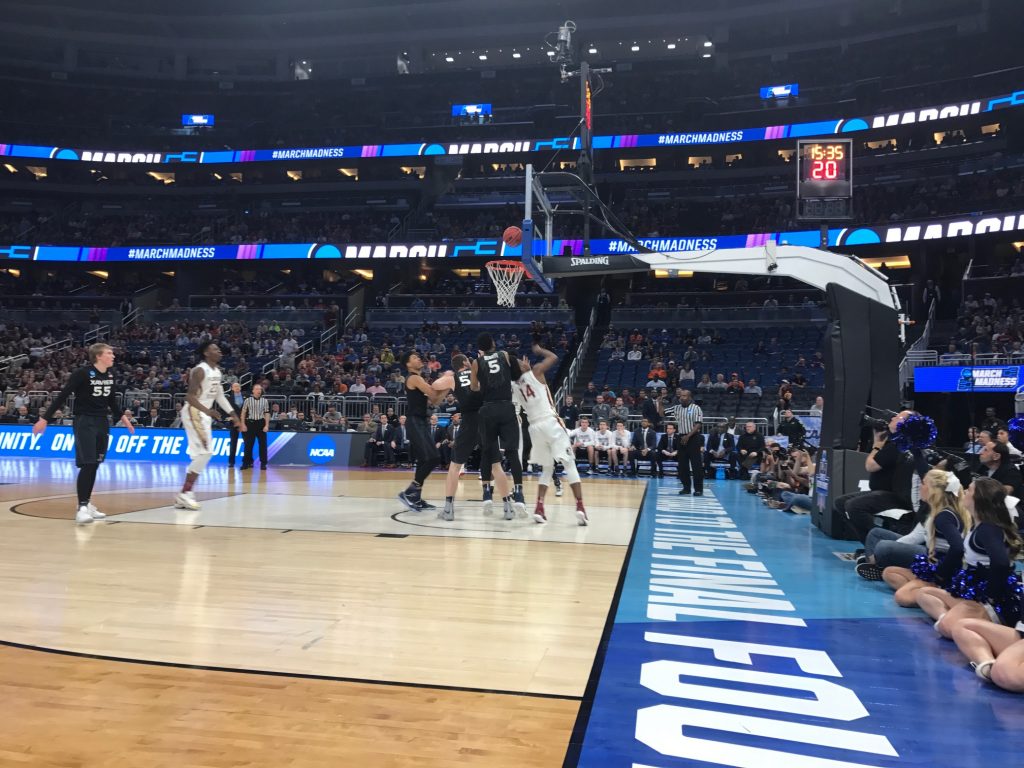 “I would say probably just a matter of seeing shots fall early,” Bluiett said. “I didn’t really do anything different, just playing hard, playing to win, and just trying to find the holes in the defense. Just kind of letting the shots come to me and just following the game plan.”

Coach Mack couldn’t be more proud of the way his team performed tonight. This had to be Xavier’s best game of the season to date.

“I’m really proud of this group,” Mack said. “The biggest thing for us going into this game today was to be able to take care of the ball, not get Florida State out in transition where they’re phenomenal, and try to keep them off the glass. We’ve been a pretty good rebounding team all year, but we never faced the size and athleticism we saw today. We really passed the test in those two areas, and it gave us a chance to win. I thought guys played really loose on offense, and I’m really happy for these guys.”

With this huge win, Xavier will be moving on to the Sweet 16 for the second time in three season. They will be playing the number two seed Arizona in that game.