The politicians cannot figure it out.

The state of Connecticut could be sinking as much as $100 million into renovating the 46-year-old facility that was once known as the Hartford Civic Center. There is virtually no chance the National Hockey League will return to the market. There will not be a National Basketball Association team in the building that once housed some Boston Celtics home games decades ago. The arena is now home to some University of Connecticut basketball games and to the New York Rangers American Hockey League minor league team. But the Hartford Civic Center holds a spot in sports and urban history. It was the first arena ever built as part of a mall. Today arenas and stadiums are part of shopping and entertainment zones.

The World Hockey Association’s New England Whalers then the National Hockey League’s Whalers called Hartford and nearby Springfield, Massachusetts home between 1974 and 1997. Hartford joined the NHL in 1979 as an expansion team but there was a merger of sorts between the WHA and NHL not an expansion in the truest sense of the word. The franchise was relocated to North Carolina following the 1997 season after Connecticut Governor John Rowland could not work out an arena deal with Whalers owner Peter Karmonas. While the Whalers team maybe gone the melody literally lingers on. Hartford left its mark on sports. The Brass Bonanza, the Whalers theme song, has not faded away. There is a good chance that the American cable TV network, ESPN, would not have existed without a Whalers employee Bill Rasmussen who accidentally hit upon a national cable sports TV network while researching ways of improving Whalers TV coverage. Staring in 1974, Whalers games were played in an arena built into a mall long before facility villages were ever planned. Hartford political and business leaders contend that pouring money into arena is essential and would be an economic generator.

Khris Middleton lifts Bucks past Heat in OT in Game 1 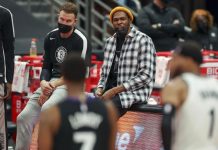