Defense in the spotlight: A few questions into his press conference, Taggart was asked about the one thing that’s perhaps most on the minds of FSU fans this week – the Seminoles’ defense.

After two games, FSU ranks near the bottom of the country in rushing, passing, total defense and scoring defense. And Taggart didn’t hold back when discussing it.

When a reporter asked if he was happier with the defense’s performance after reviewing film, Taggart paused, gathered himself and then said, “No, I wasn’t happy with the way our defense played.”

Taggart doesn’t believe he’s the only one, either.

“I don’t think our defense was happy, or anyone associated with Florida State football was happy with the way our defense played,” he continued. “We have to play better.”

And Taggart didn’t take an easy out when asked, again, if FSU’s shift to multiple defensive fronts is the root of the problems. He noted that the Seminoles played a significant number of four-man fronts against ULM last week, and that neither that nor the 3-4 front were particularly effective.

Taggart said the issues right now are two-fold. One, is that what the Seminoles are doing on the practice fields isn’t translating to games. And two, they don’t seem to consistently have the right players in the right place to be successful.

“So it takes a little bit of everything,” he said.

Taggart didn’t confirm any personnel changes, but he also didn’t sound shy about making them as he sees fit.

“You’ve got to always evaluate them and make sure you’ve got the right guys in there,” he said. “If guys continue to make mistakes, shame on you (as a coach) if you allow them to continue to play.”

On the other hand …: It hasn’t been perfect for 120 minutes, but a big-picture view of Florida State’s offense shows plenty of encouraging signs. The Seminoles are scoring 38 points per game, they’ve had success in both the passing and running games, and thus far have converted 100 percent of their red zone opportunities.

And, on Monday, ESPN’s advanced stats-based rating system (S&P+) ranked FSU as having the ninth-best offense in the country.

No wonder, then, that Taggart said he’s pleased with the work that offensive coordinator Kendal Briles has done thus far.

“I think Kendal is doing a good job,” he said. “He’s learning the personnel. He’s learning our guys, he’s learning how our guys respond in games, how they play in games.”

Praise for filling-in specialists: Neither Tommy Martin or Parker Grothaus were expected to contribute much this season. But with senior punter/kickoff specialist Logan Tyler suspended last week, both Martin, a walk-on punter, and Grothaus, a walk-on kicker, filled in and made sure the Seminoles’ special teams didn’t miss a beat.

Martin, a redshirt sophomore from Chesapeake, Va., averaged 42.8 yards per punt, placed two punts inside the ULM 20-yard line and had a 58-yard punt downed at the ULM 1-yard line. He also handled holding duties on field goal and point-after attempts, and helped ensure that Ricky Aguayo connected on all seven of his kicks for the game.

Grothaus, meanwhile, handled kickoff duties. The redshirt sophomore Ohio native had three touchbacks as well as returnable kicks that were stopped at the ULM 20-, 16- and 13-yard lines.

“That’s what it’s all about,” Taggart said. “Two guys who didn’t think about playing or didn’t (expect) to play. They weren’t rattled or anything. They just went in and did their jobs and did a pretty good job with it. I was really impressed with it.”

And it sounds like each will get more opportunities moving forward, as Taggart confirmed Monday that Tyler remains indefinitely suspended.

Williams left early in the contest and later returned to his sideline in a walking boot but without crutches.

“We’re going to see how he heals and see how he goes this week,” Taggart said. “Hopefully it heals well and he gets back.”

If Williams can’t play at Virginia, the Seminoles will again turn to senior Abdul Bello, who filled in for Williams last week.

“I thought Bello did a good job of coming in and replacing him and helping our football team,” Taggart said.

Taggart also reiterated that senior defensive back Levonta Taylor is both healthy and available. A two-year starter, Taylor was removed from FSU’s official two-deep depth chart last week. He dressed out for the ULM game but did not play.

‘An incredible opportunity’ awaits at UVA: Florida State’s first conference game of the season should provide a significant measuring stick: on the road, at night, against a Virginia program that’s trending upward in its fourth year under coach Bronco Mendenhall.

“This week is an incredible opportunity for our football team,” Taggart said. “…The (Virginia) football team is playing really well and (is) a ranked opponent. We have an unbelievable challenge in front of us, and we’re looking forward to it.”

UVA’s Bryce Perkins will be one of the better quarterbacks the Seminoles face this season. The fifth-year senior threw for 2,680 yards, 25 touchdowns and nine interceptions a year ago, and he added another 923 yards and nine touchdowns on the ground.

And, through two games, the Cavaliers have asserted themselves defensively, too. They rank 14th nationally in both rush defense (70.5 yards per game) and total defense (228.0), although UVA did pad some stats last week against FCS William & Mary.

Cornerback Bryce Hall earned a first-team All-ACC selection after leading the nation with 22 pass break-ups a year ago, and has been tabbed as a preseason All-American by Phil Steele and Athlon Sports.

“They’ve got some talented guys in the secondary,” Taggart said. “Up front, they’re strong. Linebackers are big and strong, physical. But they’re well coached and can play hard.”

BE SURE TO CHECK OUT ALL THINGS FSU SPORTS AT WWW.SEMINOLES.COM 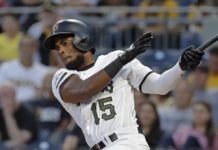 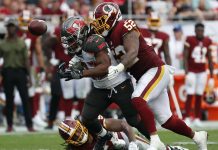 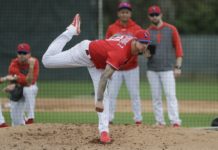 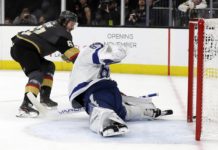