March Madness is here. This is the bracket advice to help you think about not just your champions, but your Final Four, your Elite 8, Sweet 16, and first round upsets! The more you understand history, the better chance you have of selecting the most likely scenarios. Knowledge is power. Power up!

– Only 4 of the 78 champions won the title after having missed the tournament in the year previous: 1986 Louisville, 2003 Syracuse, 2011 Connecticut, and 2014 Connecticut. The 2013 Huskies were on academic probation.

– Only 3 of the 78 champions lost games by more than 25 during the season: 1965 UCLA, 1993 North Carolina, and 2014 Connecticut. Villanova actually avenged a 23-point loss to Oklahoma in the Final Four last year, just missing the cut.

– Only 1 champion, 1997 Arizona, had a losing road record, finishing 5-8 that season away from Tucson.

Never has a national champion: Teams this year that qualify

Had a losing record in conference: Kansas State, but several others are at .500 (as you read above, only one team has finished .500 and won the title)

That was never ranked during the year at any point: Vanderbilt, Dayton, Arkansas, Seton Hall, VCU, Oklahoma State, Providece, Wake Forest, and Marquette everyone seeded 12 and lower (minus Middle Tennessee which was ranked for a week)

Since 1985 First round breakdown:

It’s usually a good idea to move the #1 seeds to to at least the Sweet 16, but it’s worth noting 5 have gone down in the last 7 years, so if you really feel strongly about one losing, then go for it. Only 8/28 #1 seeds have gone to the Final Four in the last 7 years, and with there being some debate over the worthiness of at least a couple of the top seeds this year, don’t be afraid to only pick one or two advancing to Phoenix.

Only once in the past 20 years have all the #2 seeds advanced past the first weekend.

Strangely enough, the 6-seeds not only have had it rough early, but that spot on the line hasn’t produced a Final Four team since…The Fab Five in 1992!

Everyone loves picking the #12 over the #5, and with good reason. Only once in the past 16 March Madness tournaments have the No. 5 seeds shut out the 12 seeds, and that was back in 2007. Most years, at least a pair of 12 seeds upset their neighbors at No. 5 in the bracket. In the past four seasons, five No. 12 seeds won outright to continue this hazardous pairing which busts many brackets.

Since the 1985 expansion only once, in 2014, did all four #4 seeds advanced to the Sweet 16! A pair did a year ago. Picking just two 4-seeds makes the most sense from a historical perspective. 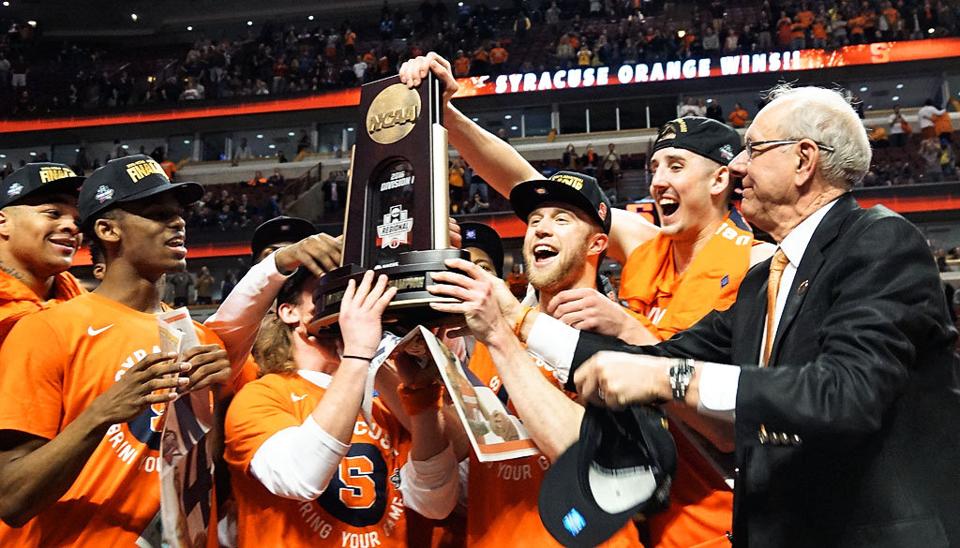 17 of the last 22 years at least one mid-major advanced to the Elite 8. The Zags pulled it off last in 2015, and were the only mid-major in the sweet 16 last year, losing to Syracuse.

All but a trio of Final Four teams in the last 8 years has had at least an 8 game winning streak during the season. All three were recent. Kentucky in 2014. Michigan State in 2015. And Syracuse last season. All lower seeds.

Of the last 36 Final Four teams…

This year’s qualifiers is a smaller than usual list:

Because this stat factors in the NCAA tournament to the end of the year final stats, it’s worth noting these teams are very close to qualifying and could with a strong run to the title: Florida, Baylor, West Virginia, Louisville, Purdue, Oregon, FSU, North Carolina, St. Mary’s, Arizona, SMU