The President of the National Collegiate Athletic Association, Dr. Mark Emmert, is safe for now and will continue performing his duties of optimizing revenue sources. Dr. Emmert came in for some criticism after there were complaints on social media platforms that training facilities along with food options and swag bags were better for the men playing in the men’s NCAA’s basketball tournament than for the women playing in the women’s basketball tournament which seemed to be in clear violation of the Patsy T. Mink Equal Opportunity in Education Act or Title IX. That legislation was signed into law by President Richard Nixon on June 23rd, 1972. Colleges that took federal money had to offer men and women equal opportunity at educational courses.

The NCAA’s Board of Governors was fine with Dr. Emmert after meeting with him to discuss the problems of not providing equal training facilities, food and gifts to women basketball players. The NCAA quickly did try and amend the situation but the damage was done. The NCAA showed inequalities still exist in college sports. But that Title IX flap may have been the easiest problem for the NCAA to solve. The Supreme Court of the United States is entertaining a case involving a former West Virginia University football player who Shawne Alston sued the NCAA in 2014, claiming the organization violates the Sherman Antitrust Act by placing limits on what each school is allowed to give its athletes in exchange for their athletic ability which caps an athlete’s ability to make money off of his or her likeness. Paying athletes is a major issue for the NCAA. The governing body of college wants to maintain so-called amateurism while state governments are paving the way for athletes to make money off of their faces. Everyone can make a buck from college sports but the athletes.

The NCAA’s Biggest Loss In Decades 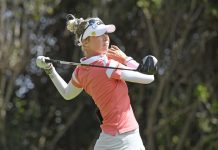 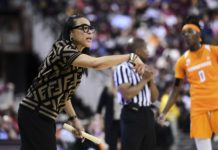 It Is International Women’s Day 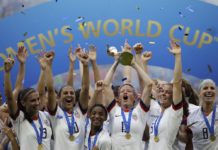