Does it seem that the sports media is having a difficult time with the Department of Justice’s investigation into the practices of people in the college basketball industry that include exalted coaches, vaunted programs and highly regarded sneaker companies. Those adjectives have not been used to describe coaches, programs and sneaker companies legally but in the world of sports media from college basketball TV partners which include the Walt Disney Company, the soon to be AT & T owned Turner Sports, Comcast, FOX and CBS to sports journalists who cover the NCAA and NCAA college basketball to radio sports talk show hosts there seems to be big question. Where’s the crime? Here is what is known, the University of Louisville coach Rick Pitino is being exiled, 10 people were arrested and the investigation is ongoing.

The investigation is ongoing has to be words that frighten TV executives, after all it is TV productions that put college coaches on a pedestal. For about a half century since Eddie Einhorn took over selling college basketball on television, there were two sets of people to promote. The stars, the first stars were Elvin Hayes and Lew Alcindor in a January 20, 1968 game featuring Hayes’ University of Houston versus Alcindor’s UCLA squad, and the coaches. TV elevated people like Bob Knight to mythical places. Pinto, John Calipari and many others were super human beings with great leadership profiles. The networks began deifying coaches. The coach was bigger than the game and never was there a question brought up on a television broadcast of impropriate business deals going on despite evidence of people like Eddie Sutton breaking the rules. Sutton was fired by the University of Kentucky but signed on with Oklahoma State without missing a beat. TV and sports journalists sell college basketball coaches as bigger than life. But the evidence suggests they are little more than hustlers trying to get quality college players. 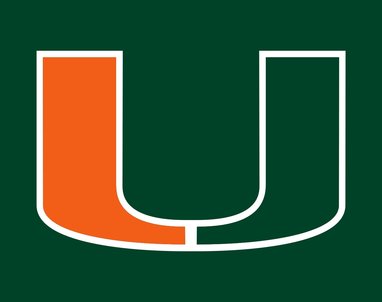 The investigation may include the University of Miami. 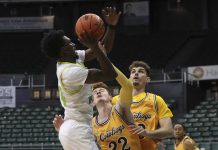