The NCAA, an organization that does not want to pay talent to perform on the basketball court or the football field, is looking for a few good cities to host the money making Men’s Final Four Basketball Tournament over a four year period between 2023 and 2026. The NCAA is taking bids now and will make a decision this summer on what cities have what it takes to host the big event. Bidders might take a look at the 2019 venue for the NCAA’s signature basketball event to see what the governing body of college sports is seeking. Minneapolis will offer a recently opened modern stadium with all of the revenue generating gadgets that modern day sports professional and apparently amateur organizations want starting with modern luxury boxes, club seats and high ticket prices. Sports organizations want people with means not blue collar workers in the building that save up nickels and dimes and try to buy tickets. It is economic segregation but the blue collar class can always watch an event on TV.

The NCAA seem to have had great success in San Antonio’s recent Final Four but the Alamodome is 25-years old and doesn’t have those revenue generating gadgets that please NCAA bosses. The NCAA has cast its lot with Minneapolis, Atlanta and in Indianapolis with big shiny football stadiums which will attract people with money, the corporate crowd that views a game as just part of an overall entertainment package. Atlanta has just opened up a new facility that replaced a stadium build roughly at the same time as the Alamodome. San Antonio may have the required number of hotel rooms, a 65 or 70 thousand seat place and the Riverwalk but it doesn’t have many luxury boxes or space for corporate events inside the building. The NCAA pushes amateurism but likes money better just like any pro league. 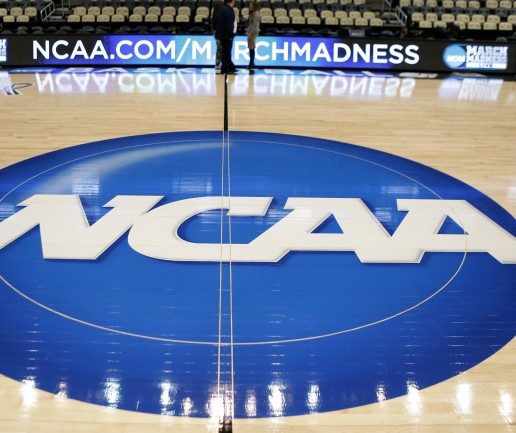