After a tough first half, Oklahoma State was able to turn the tables and defeated Virginia Tech by the final score of 30-21 to get their 10th win of the season for the third straight time.

“I’m very proud of the organization, the players, coaching staff, everybody involved with the effort that they put in this year,” OSU head coach Mike Gundy said. “I was especially happy for the seniors. Like we talked about in the press conference yesterday, that these guys have been tremendous for Oklahoma State football, the university. They’re very humble. They won a lot of football games.”

OSU had a slow first half. Their offense wasn’t standing out, to say the least. VT’s defense played pretty well to start the game and they did a good job in getting OSU’s offense off the field rather quickly.

“As a coach, you’re always concerned, when you have a month, teams can really scheme and do a great job, obviously,” Gundy said. “You get concerned about things like that, but our guys found a way to make adjustments defensively, made really good adjustments in the second half.” 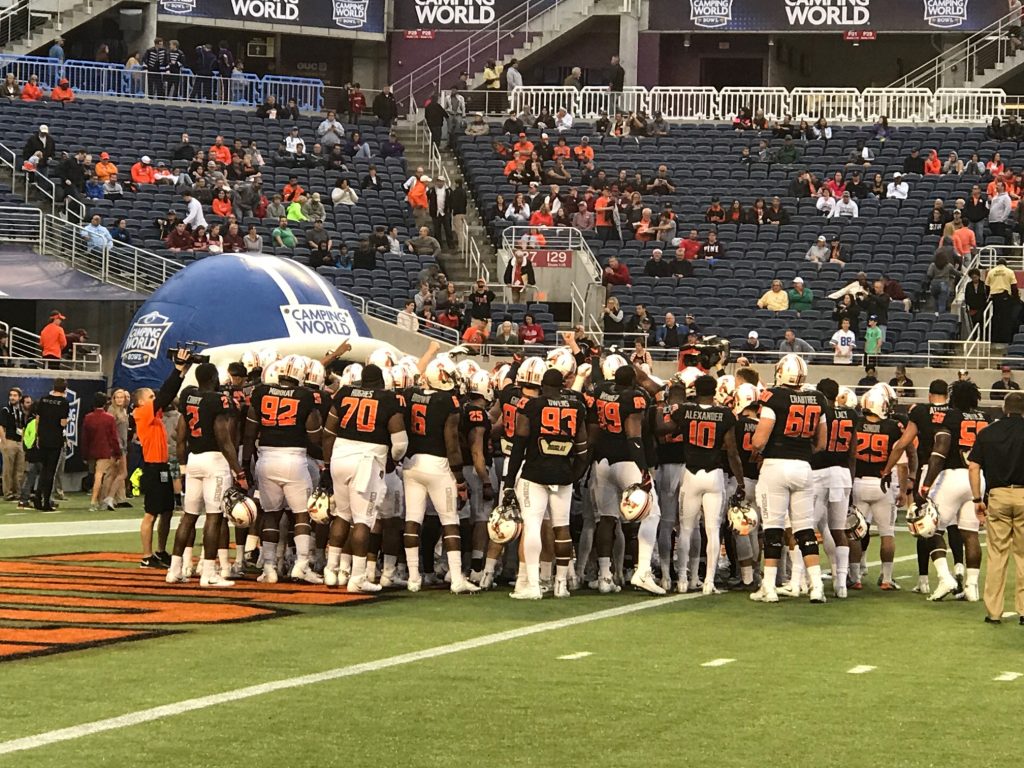 The one thing that really stands out was the time of possession. VT did a really good job in trying to keep OSU’s high-power offense off the field by taking as much time as possible and really try to slow down the game.

VT was on offense for 38:13 while OSU only had the ball for about 21:47. That’s about 17-minute difference. Usually, a team with more time on offense wins the game but not in this case as OSU still pulled away late in this game.

Virginia Tech played a good game tonight but the results would have been different if it wasn’t for some mistakes.

It started in the second quarter where there were in an 18-play drive taking over seven minutes of time on the clock. They were up 7-3 and were on the verge of getting another score to get the game to 14-3. On the 18th play, VT fumbled the ball and OSU recovered. That was 14-point swing right there as OSU scored a field goal on that drive.

“Yeah. Just a mesh that those two guys have made 10,000 times and just rode it a little bit long and something that you feel really comfortable with doing because you’ve done it since day one and didn’t execute it,” VT head coach Justin Fuente said.

Josh Jackson threw an interception in the game and he missed the receiver wide open on a slant route to start the second half that could have easily been a touchdown. Mistakes were a killer for VT and that was the result. 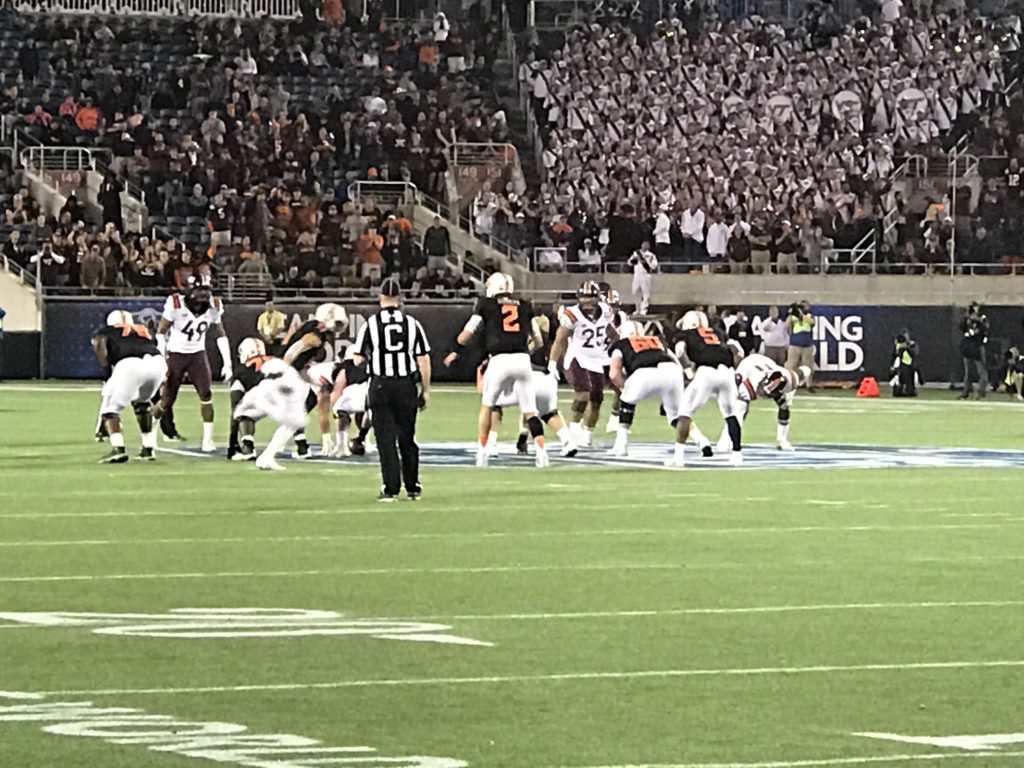 Mason Rudolph Goes Out with a Bang

Mason Rudolph played his last game for OSU and he played one of his best games of the season.

Rudolph went for 21-32, 351 yards and two touchdowns including dropping a dime to James Washington in the middle of the third quarter that looked like an NFL like throw which was the last time he would make a TD pass to Washington in his college career.

“When teams are double covering him, you’ve got to find ways to give him the ball,” Rudolph said. “Like I said, we moved him around, got some different looks, and we were able to get the ball to him. But definitely, a way to go out, fun way to go out.”

Rudolph would be named the MVP of the game and will be on his way to the NFL and there will be a high demand for his services.

What’s Next for Both Teams?