Money is the root of the problems.

If the college sports industry survives the cash crisis created by the COVID-19 outbreak intact, there could be many changes and challenges ahead. Stripping away the pandemic’s financial impact and the possibility that the big revenue maker for the industry, college football, may have to carry on in empty stadiums if colleges open for the fall semester, players getting compensated by outsiders is not welcome news to one conference commissioner. Larry Scott who runs the Pac 12 is not a fan of players getting paid for their likenesses. In fact, Scott thinks that it will have devastating consequences. The National Collegiate Athletic Association is apparently going ahead with changes to the business model that will include players being able to get paid by marketing partners as long as they don’t sign deals with sneaker and apparel companies. Schools have multi-million-dollar marketing deals with those companies and it would be awkward for a basketball player to endorse a rival company. NCAA schools are studying the impact of athletes making money off their faces.

But Scott is not a fan of the brave new world college sports may be entering. He has concluded that 95% of the money will go to male student-athletes in a free market. He added that will create a “much greater feeling of inequality between men and women three years from now in collegiate athletics.” Scott also wants Congress to create some sort of rules to protect the college sports industry. “If Congress isn’t able to act, we’ll be in a world where there are different laws in different states, and that will be a mess in recruiting and competitive equity and lead to seismic changes in competitive balance.” California legislators decided student athletes should be able to make marketing deals. The days of student-athlete amateurism are over. 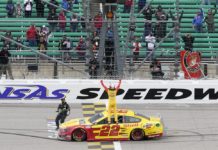 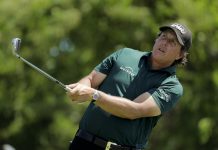 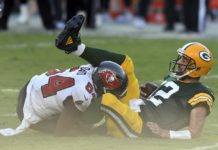