Pitino and other coaches have been given way too much sway and power.

For those who ever wondered why Louisville was never really considered as a National Basketball Association expansion or relocation target, they might have gotten the answer this week in a Bloomberg news report. The bigger than life University of Louisville basketball coach Rick Pitino and Athletic Director Tom Jurich blocked it. They did not want competition from the NBA and were in a struggle for support with the other big time college basketball program in the state, the University of Kentucky. An effort to land an NBA team was well underway in early 2000. Bruce Miller, representing basketball interests in Louisville had spoken to a number of people around the NBA whose owners were looking for new arena deals. Miller spoke to five different teams directly, two of the teams were the Charlotte Hornets and Houston Rockets. George Shinn seemed to like Louisville for his Hornets but ultimately ended up in New Orleans. Leslie Alexander kicked the tires in Louisville as a possible home for his Rockets, his WNBA team and an Arena Football League squad. He stayed in Houston. It was understood that NBA Commissioner David Stern was fine with Louisville as a market as long as an arena was built.

But Pitino and Jurich didn’t want the NBA in town. The NBA went elsewhere, to New Orleans, Memphis and Brooklyn. Louisville did build an arena but the deal cut with the University of Louisville was an incredibly bad agreement. Louisville politicians gave the keys to the barn to the school and things turned out badly. The school had exclusive rights in the building between October 1 and April 1 of every year. The school was making millions a year while the arena debt was overwhelming. Pitino and Jurich are gone. They never should have had that influence. A college coach is merely a coach not a power broker. 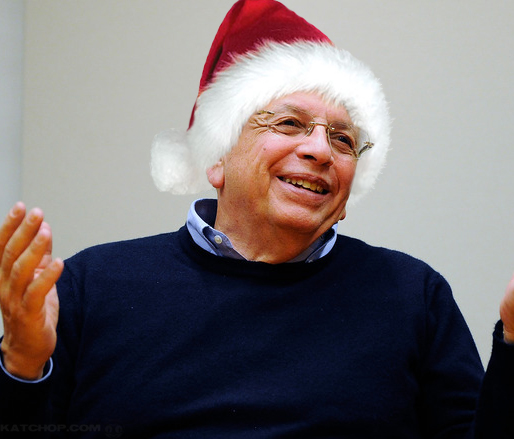 NBA Commissioner David Stern apparently was on board with Louisville as an NBA city 15 tears ago.

NBA Playoffs: Miami and Boston are tied at two games each...

NCAA Division II Rankings: University of Tampa remains at No. 2...