The NCAA seems to have invested less in the women’s championship tournament.

It was turn back the clock Friday for the NCAA, back to pre-1972 days. That was before Title IX was signed into law by President Richard Nixon. The National Collegiate Athletic Association decided that holding a women’s championship basketball tournament during the COVID-19 pandemic was the right thing to do, after all there is television revenue available to the group. The NCAA chose to send the women’s teams to play in San Antonio, San Marcos and Austin, Texas where everyone connected to the teams that were participating would be in a COVID-19 bubble. There would be daily COVID-19 testing and a weight training area. But the best laid plans of mice and men often go awry and the NCAA ended up in a 1971 world. Men and women did not get equal treatment in the bubble environment.

The men’s basketball tournament is being held in Indianapolis and the men’s teams were given a better COVID-19 test while the people connected to the women’s teams got a less accurate test. The training equipment available to the women’s teams was not equal to what the men received. The food options were limited and there were complaints about the swag bags given to players. NCAA President Dr. Mark Emmert said none of this should have happened but it did. All of this seems to run afoul of the Title IX legislation. Simply, Title IX of the Education Amendments of 1972 is supposed to safeguard people from discrimination based on sex in education programs or activities that receive federal financial assistance. In 1974, Texas Senator John Tower tried to upend Title IX, New York Senator Jacob Javits around that time question whether women’s teams should get the same quality of equipment that men got. Nothing much has changed. 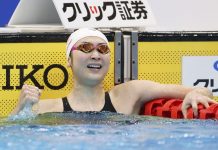