Representative Chris Mills has filed legislation designed to show the ACC who really is boss.

In the politicians never learn department. Representative Chris Mills wants to bullying the ACC if the college conference boycotts North Carolina over what the conference thinks is a bad state law. Mills apparently forget his state lost the NBA’s Charlotte All-Star Game and the 2016 ACC Football Championship Game over HB2 or the Bathroom Bill.

But the National Basketball Association and the National Collegiate Athletic Association did return in the “we want to do additional business in the state of North Carolina” mode following a partial repeal of the state’s HB2 bathroom law. Governor Roy Cooper signed a new law, HB142, which restricts cities and counties from passing local anti-discrimination laws through 2020, making it a state call. Former Governor Pat McCrory signed the bill which did not allow North Carolina governments to write laws that prevented discrimination against lesbian, gay, bisexual and transgender people. The North Carolina General Assembly has to approve any local legislation protecting LGBT rights. In another words, the state supersedes say Charlotte’s elected officials if Charlotte passed an anti-discrimination law. That remains a problem for the NBA and maybe the NCAA.

HB142 is a compromise and came after the NCAA threatened to pull all college tournaments out of the state for a six-year period. The National Basketball Association is still in no rush to consider putting the league’s February showcase, the All-Star Game, in Charlotte. The next game is available in 2019. The HB2 or bathroom law caused the NBA to move the 2017 All Star Game from Charlotte to New Orleans. The NBA will put together a list of demands that will have to be met in order for Charlotte to get the game and that might not go over too well with the General Assembly. The NCAA is reluctantly accepting HB142 “because it restores the state to that legal landscape: a landscape similar to other jurisdictions presently hosting NCAA championships.” The NCAA did issue a warning. “If we find that our expectations of a discrimination-free environment are not met, we will not hesitate to take necessary action at any time.” The NCAA will take money over principle. 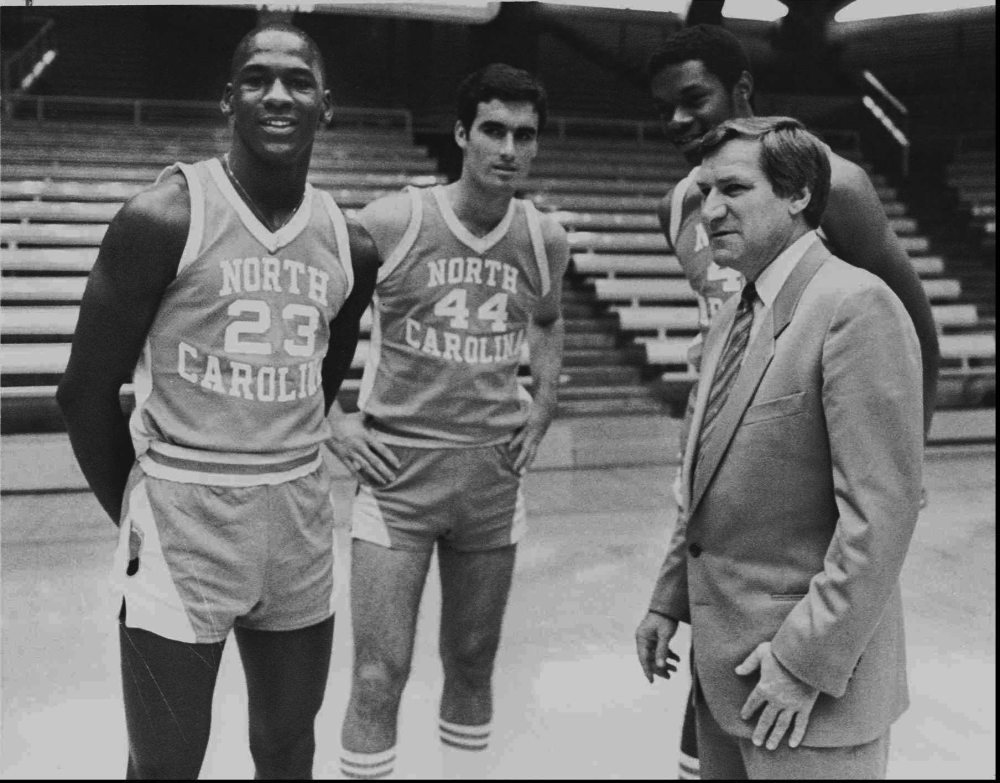 Dean Smith never put up with political nonsense during his tenure as North Carolina coach.