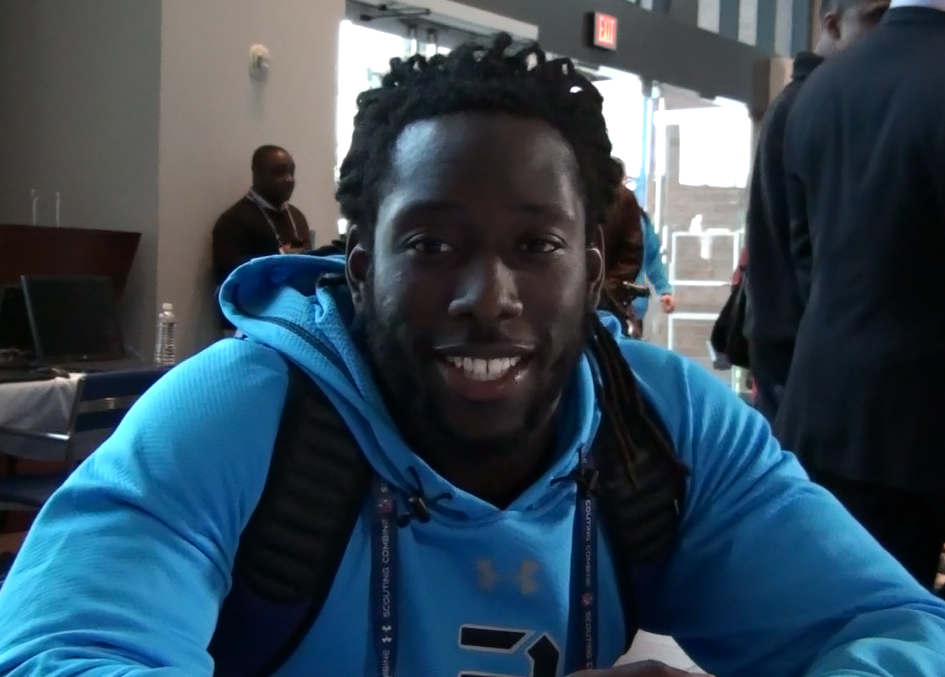 The Tampa Bay Buccaneers met with several prospects at the NFL Scouting Combine this past weekend in Indianapolis, including LSU linebacker Lamin Barrow. It was the second meeting the Bucs had with Barrow, a team captain who earned second-team All-SEC honors and led the Tigers with 91 tackles last season.

“It went good,” Barrow said of the meeting. “I actually talked to them also at the Senior Bowl so it was kind of just reiterating everything we [had] done there. They pretty much got a feel for me and so just pretty much getting into some Xs and Os yesterday. Great interview, probably the longest interview I had yesterday.”

He clocked a 4.64 in the 40-yard dash which was third among linebackers, and just ahead of Khalil Mack, considered one of, if not the top prospect at the position. He was a top performer in the broad jump, finishing fourth with a mark of 10’3″. He also posted a 35-inch vertical.

In his on-field drills, he looked smooth, flipped his hips well and showed good footwork. But the work is far from over for him.

Strength-wise, he put up 22 reps in the bench press, although he put on nearly 10 pounds since the Senior Bowl, which should help in that department. He’s also worked to become more versatile and improve his skills in coverage. At LSU, he lined up primarily on the weak side, but in Mobile, he played middle linebacker.

“I think going out to the Senior Bowl, it was a question of, ‘How good do I move in open space and can I run with some of these faster slot receivers? And I think I did a great job all week and just getting down there, making some plays, getting my hands on the ball and showing I’m good in space.”

As far as his greatest attributes, Barrow said he excels in downhill running and getting to the ball in run coverage.

“I think I played the run as best as anybody in the country. I’ve just got to kind of open up my vision and get back in pass coverage a little bit better and I think I’ll be a complete player.”