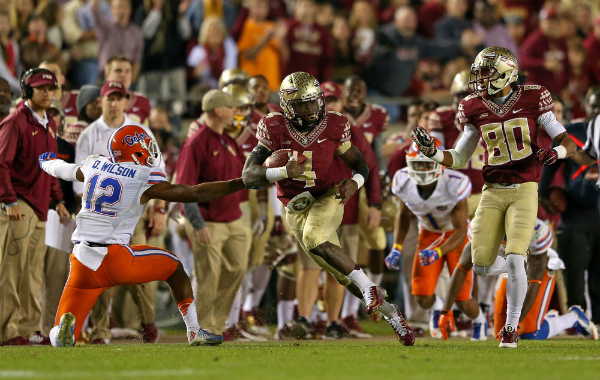 It is that fabled and mythical time that most college sports fans know as “rivalry week”.

Other than being incredibly hard to say more than once, it is usually reserved for the last week of the season which most, if not all, teams circle on their calendar. The Florida State/Florida rivalry is no different and has earned its place as one of the more storied rivalries in college football.

Here’s a few things to look for and a few tidbits from both sides for Saturday’s game:

Florida State currently holds a two game win streak against the Gators, with the University of Florida leading 34-23-2 all time in the 59 total games played. In the past 10 games, Florida leads 6-4.

The battle for state supremacy begins this Saturday at 7:30 eastern, with coverage provided by ESPN.