The week of Christmas is one of the best times of the year for sports fans. Everything from the NBA on Christmas day, Bowl Season, the College Football Playoff, MLB hot stove, and the last week of the NFL regular season.

However, no one does Bowl Season quite like the Sunshine State with five teams in bowl games while hosting eight, including one of the CFP games.

To date, two of Florida’s five bowl teams have played. USF lost to Marshall in the Gasparilla Bowl and FIU upset Toledo in the Bahamas Bowl.

A rematch of last year’s Orange Bowl where the Badgers were victorious 34-24, has these preseason top-ten teams matched up again in the postseason. With both teams falling well below expectations in 2018, the winner will have much more momentum heading into the last legs of recruiting, and spring practice.

Senior quarterback Malik Rosier would get the start vs. the Badgers. Starting quarterback N’kosi Perry is in hot water over a snapchat video that resurfaced from earlier this year. Miami’s mastermind behind their dominant defense, Manny Diaz, has taken the head coaching job a Temple. Diaz will coach the Hurricanes through the Pinstripe Bowl.

Miami looks to stop running back Jonathan Taylor who led all of college football with 1,989 yards on the ground. Miami’s strength is their defense, most notably their front seven. But the Canes have their own talented stable of running backs, led by junior Travis Homer and sophomore DeeJay Dallas. Miami’s duo has combined for 1,578 rushing yards and 10 touchdowns this season. 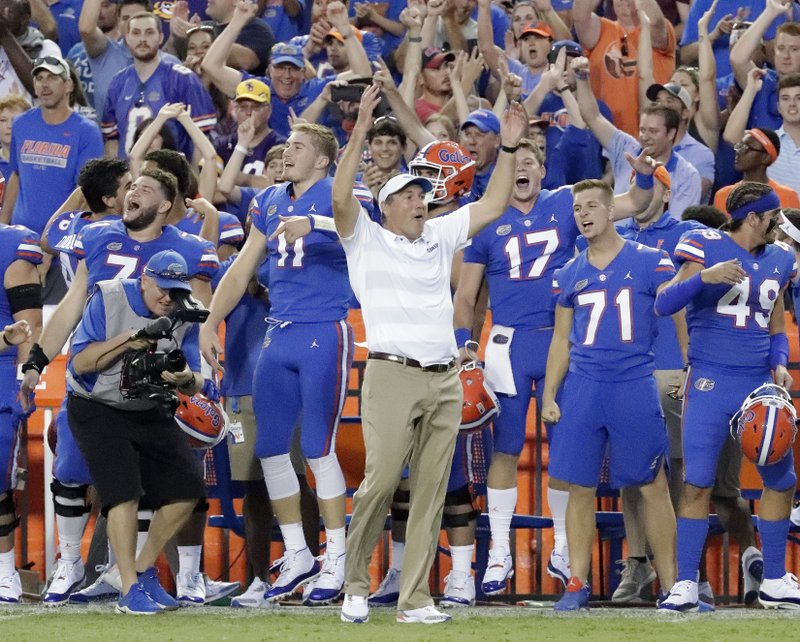 Florida looks to win ten games in Dan Mullen’s first season, which would be one more than Steve Spurrier and Urban Meyer won in their first seasons at Florida. Mullen should be familiar with Michigan’s quarterback, Shea Patterson, as he faced him in 2017 while Patterson was at Ole Miss and Mullen as Mississippi State.

After losing to Ohio State in dramatic fashion, and a chance to go to the CFP, the Wolverines can win 11 games in a season for only the 10th time in their 139-year history. Will Michigan be focused with a few key players out (Junior defensive end Rashan Gary and junior linebacker Devin Bush will prepare for the NFL draft), and the rumors surrounding their head coach?

An SEC team laden with top recruits and future NFL picks against the underdog from the American Athletic Conference. Seems familiar. The Tigers might have more talent, but UCF has a high-powered offense — a foreign concept down in Baton Rouge.

Will UCF finish unbeaten for the second straight season, extend its 25-game win streak, while beating another team from the SEC West? If so, it’s totally understandable why Florida is reluctant to schedule UCF in a home and home series. The Knights can post back-to-back unbeaten seasons and New Year’s Six bowl victories over SEC opponents, which would certainly quiet some of their critics.

It’s about SEC pride for LSU. Last season, UCF upset No. 7 Auburn 34-27 in the Peach Bowl to finish 13-0. Will these Tigers be more motivated? LSU can win 10 games in a season for the first time since 2013. Coming into 2018 Coach O was on the hot seat. It seems like he’s saved his job thus far, but a loss to UCF could start the grumblings back up again.

The Other Florida Bowl Games