The Football season for the UCF Knights kicks off this Thursday, but many fans want to know how the whole season will play out.

Here are five things to expect from the Knights for the upcoming season.

Defensive Front 7 will be Dominant

The defense was a big reason why the Knights had a big turnaround last season as they finished in the top 25 in the nation.

Another position to look out for is the Inside Linebacker spot with Chequan Burkett and Pat Jasinski. Burkett is a tackling machine as he had 141 tackles, 14 for a loss last year while Jasinski will be starting full time for the first time for the Knights, has looked impressive during Fall camp.

Other players to look out for is NG Trysten Hill, who was a true freshman starter for the Knights last year, DE Jamiyus Pittman and OLB Titus Davis. 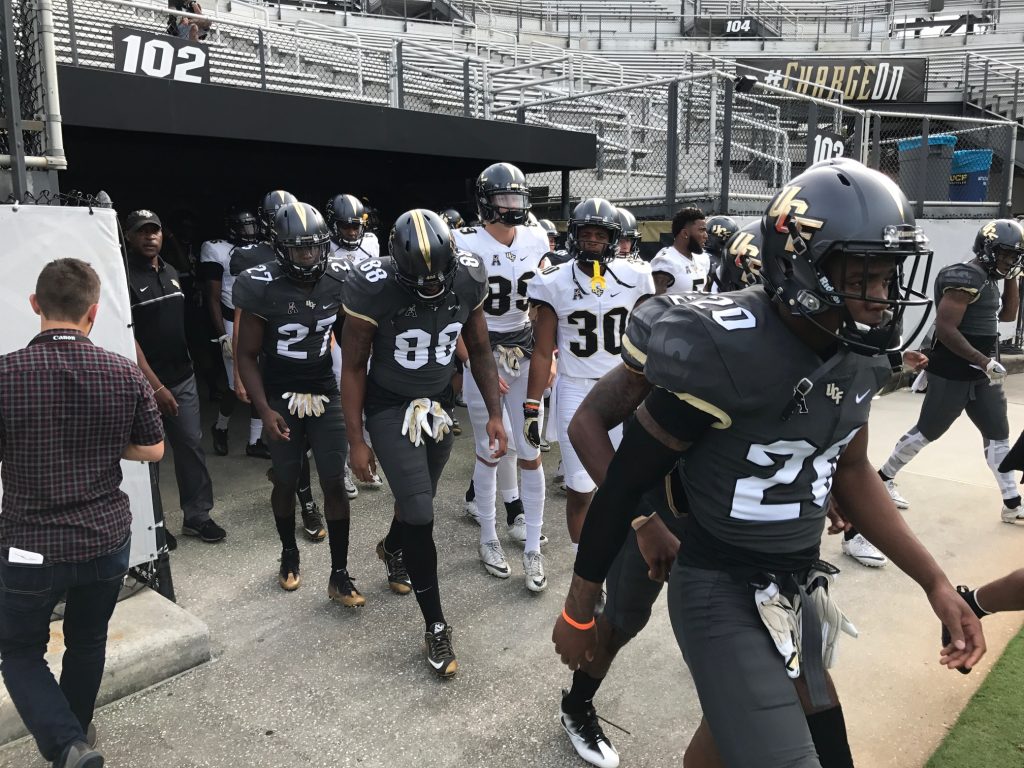 Cornerback will be a question throughout the Season

The Cornerback position will be questioned throughout this season due to the Knights losing multiple players at that position whether it’s to the NFL or last year of eligibility.

They had questions throughout Fall camp on who was going to be starting the first game again FIU because no one was standing out during Fall camp.

The Coaches ended up naming Chris Johnson and Brandon Moore to be starters for game one, but that doesn’t mean they will be starters before the end of the season.

Keep a close eye on that position throughout the season.

Skill players will Shine on Offense

The offense was average at best last season due to lack of leaders on the offensive side as well as a new offensive system being input by first-year head coach at the time Scott Frost. That all changes this time around.

This the second year in the new offense and they already have it down pat. Once everyone gets the system, you can now see players stand out at skills position.

One of those guys that will stand out is Tre’Quan Smith. Smith had a good year last but this year will be even better. He looks like he got bigger and stronger, so he will be able to take more hits. Smith was also named to the 2017 Biletnikoff watch list.

Also, look out Jawon Hamilton. He has been an instrumental part of improving that offense during Fall camp and has looked liked he has become a leader. Watch out for Hamilton.

You also have to watch for incoming freshman Otis Anderson. Anderson can play both at receiver and the running back. He’s a dual threat that Coach Frost loves to utilize in his offensive system.

McKenzie Milton will be improved year two at QB

Last year, McKenzie Milton was thrown into the fire, starting at QB midway through the season. Entering this year, Milton will be the day one starter.

Milton has improved during Fall camp both on mechanics, footwork and staying in the pocket more. For this offense to take a big leap from last season, Milton needs to step up his game but for him to step up the Offensive line needs to do their part as well.

They are set at two tackle spots with Aaron Evans and Wyatt Miller, but their guards and center spots are tricky.

They are rolling with Tyler Hudanick and Chavis Dickey at the guards and Jordan Johnson at the center spot but will they be able to give Milton enough time to run the offense at a high level.

Nonetheless, Milton has looked pretty good during Fall camp and will try to transition his improvement in the regular season.

What will the Knights record be by the time the season is over? Look for the Knights to improve on from last year by going 8-4 or 9-3 depending on how the Knights start the season off. Look for them to finish second in the AAC conference and will qualify to be in a bowl game.