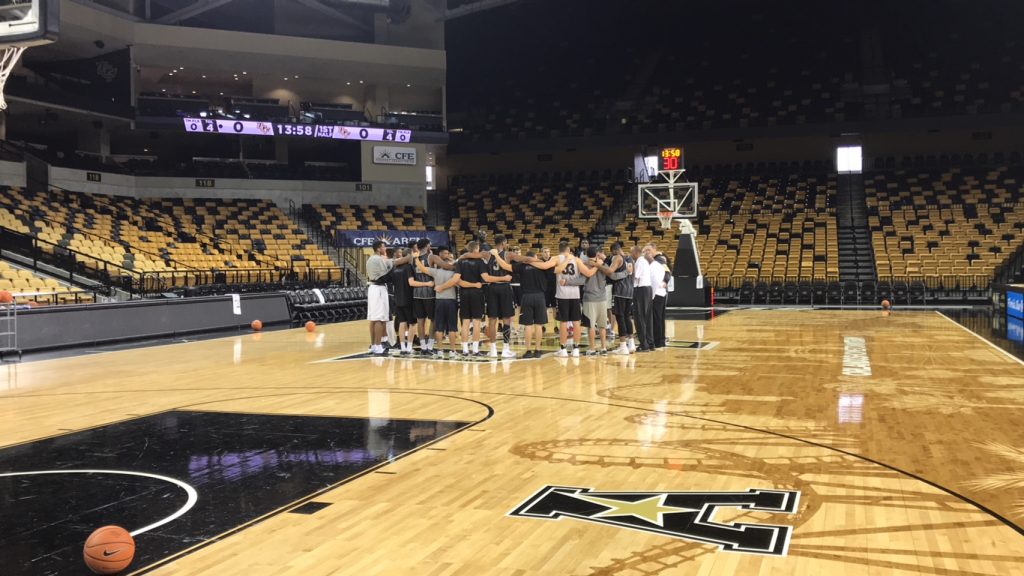 UCF Knights Men’s Basketball starts on Friday, Nov. 10 when they go up against Mercer. There’s been an all-time high in terms of hype surrounding this team and expectations are through the roof.

Here are five things to watch out for in the upcoming season for the men’s basketball team at UCF.

Last season, the Knights only had seven players on scholarship while the rest of the team had to sit out for a season due to transfer rules or some injuries took place.

This year is a different story as guys like Dayon Griffin, Terrell Allen and Rokas Ulvydas will get a chance to play. Also, Chance McSpadden will be returning from his knee injury that he suffered in late July and will certainly provide a boost coming off the bench.

Ceasar DeJesus will also be eligible for the first time after being redshirted as a freshman last season.

With all of these new additions that’s being added to the nucleus of BJ Taylor, AJ Davis, Tacko Fall and Chad Brown, that gives the Knights the ability to run the floor more on offense. They will have more pace and play a lot faster than they did last year.

That will keep opposing teams on their tippy toes throughout games instead of the Knights always playing half court style offense. 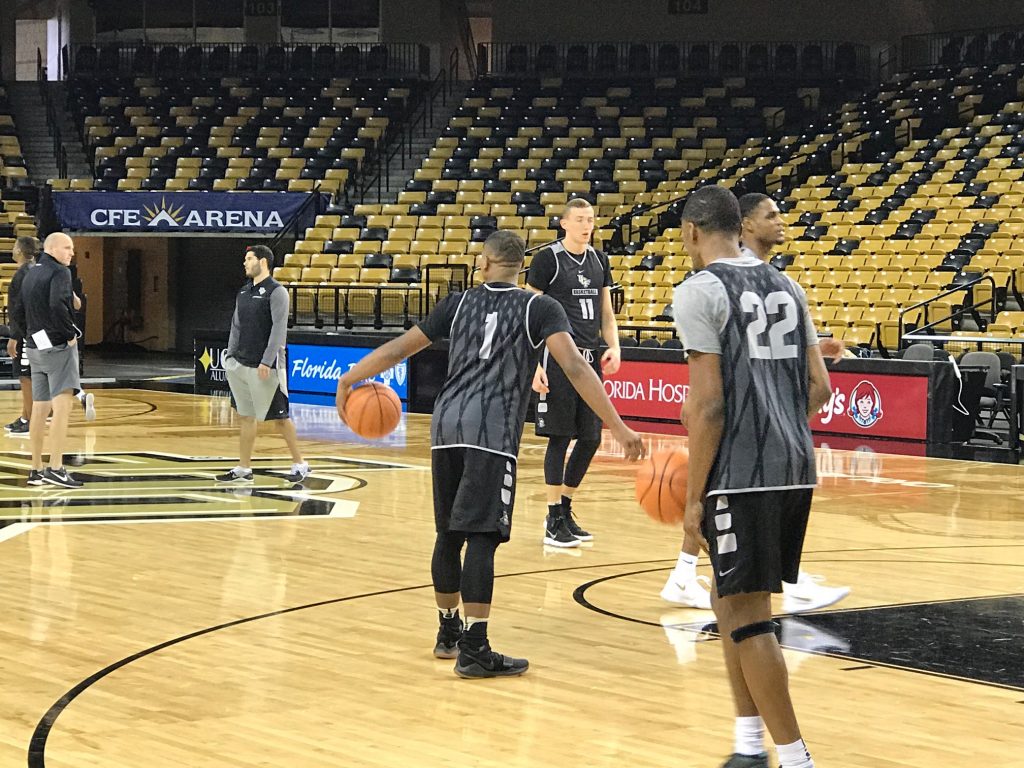 A big part of this season success revolves around the improvement of Tacko Fall’s offensive game.

Throughout the first two years, Fall’s offensive game has exceeded expectations to say the least. But, Fall has been working on his game all summer and it looks like he’s trying to develop like a 12-14-foot jumper as well as a little turn-around jumper during media availability before practices.

If Fall can get one post move and get that jump shot in order, teams are going to have an awful hard time of defending Fall and therefore could make UCF an unstoppable force on offense.

A player almost every UCF was looking forward to seeing, Aubrey Dawkins is officially out for the season after a torn labrum.

He was will be sorely missed for his energy, excitement and the ability to space the floor and provide another player in their rotation. This could impact the Knights chances at winning the American title at the end of February and chances of making a tournament bid in March.

UCF head coach Johnny Dawkins will have his hands full in deciding what he will do for his starting lineups and how the rotations are going to work but, with all the new additions to the team, it won’t be as bad. 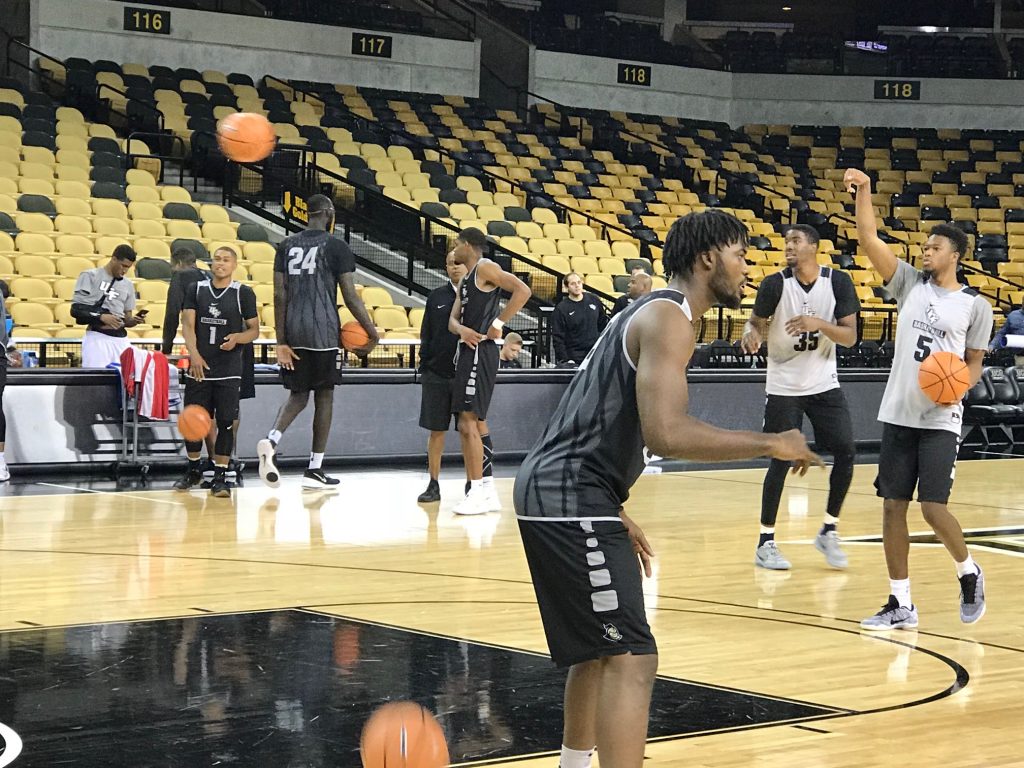 Defense is still their Identity

Last season, the Knights had one of the best defenses in division one basketball and in the country.

Coach Dawkins and the players continue to preach that defense will be their identity and that they are a defensive team moving forward.

Defense wins championships and defense was the main reason why the Knights made it to NIT Final Four last season and it’s why there is so much hype for this team. Look for their defense to continue to get better as the season goes on this time around.

Look for the Knights to have a great season with the added depth and everyone getting better as the year goes along.

They should finish between 23-25 wins before the American tournament that will be at the Amway Center in Orlando Florida.

The Knights also have a great chance of winning the American Tournament, if not finish second or third and that should be good enough for them to make the NCAA Tournament and could surprise some teams as well.