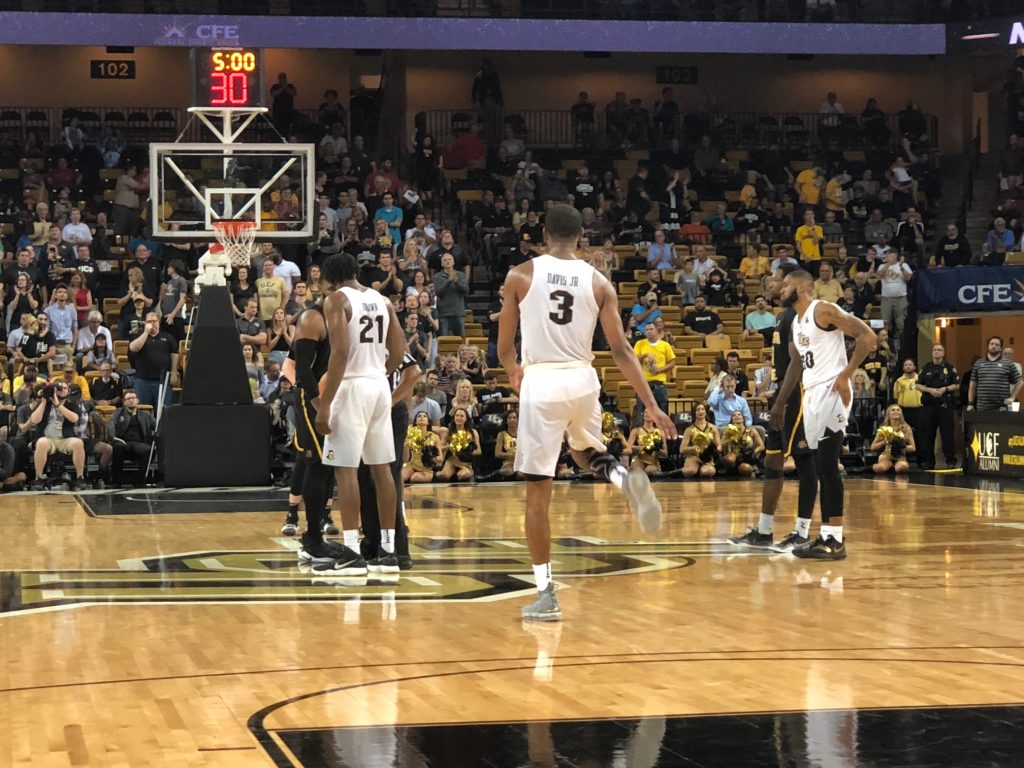 AJ Davis playing out of his mind was not enough as the Wichita State Shockers came back from multiple deficits and defeated the Knights by the final score 75-71 in overtime.

Davis had what had to be the best game of his college career tonight in his last big game at the CFE Arena. He had a career-high 31 points, career-high 14 rebounds, two assists and two steals.

Davis not only stuffed the stat sheet, he was pivotal in the big moments. The Knights were down by nine with a little over three minutes left in the game and Davis hit two big-time threes’ including the game-tying three in the final seconds to send the game into overtime.

“I was able to get it and square it up to the basket and get a good look off,” Davis said.

In overtime, the Knights were only able to put up three points off a Dayon Griffin three. They were down 70-69 and Davis was fouled and got to the free throw line but missed both attempts and then the Shockers took control of that game and escaped the CFE arena with the win. 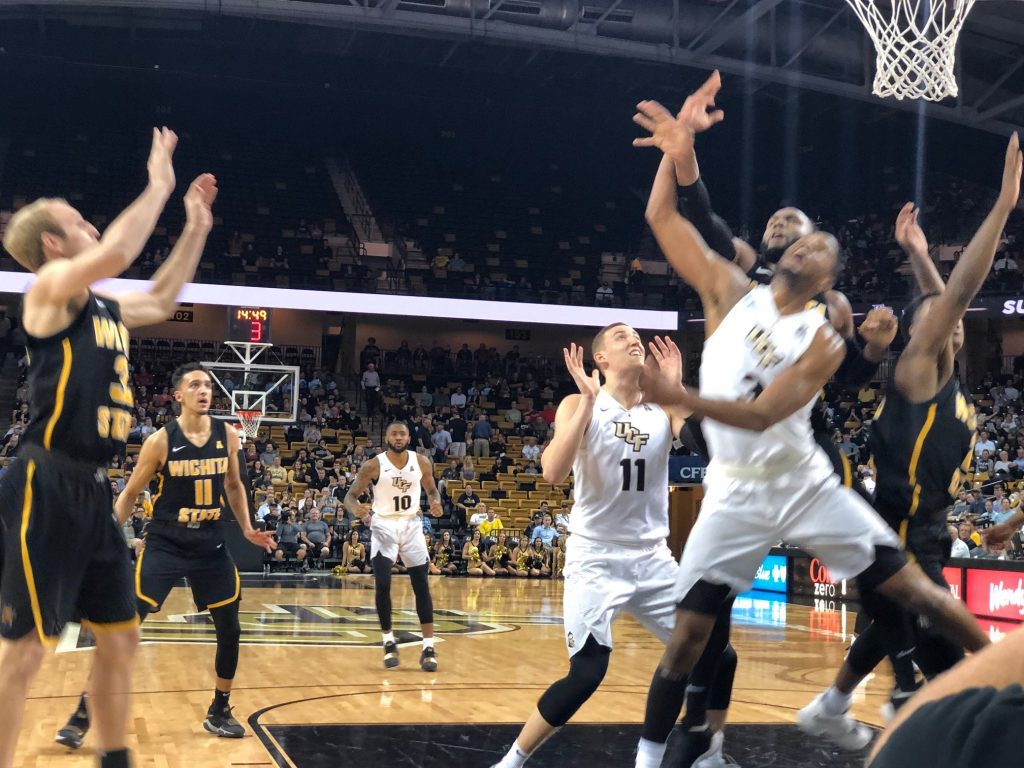 “It was a tough tough loss,” UCF Head Coach Johnny Dawkins said. “We played against a very good basketball team. I think their experience showed up in the end.”

Part of the issue for the Knights was the fact that Davis and Taylor were doing all of the damage in terms of scoring. Taylor was the only other Knight to contribute in the scoring department as he had a heck of a game himself with 23. Both guys combined for 54 of the teams 71.

In fact, Ceasar Dejesus was the only other Knight to score in double figures with 10 and there was a total of six players who scored. Griffin was off the whole night and only hit that one three in overtime. Chad Brown and Rokas Ulvydas each had two points.

However, the Knights can look at this from a positive point of view that they can hang and play with anybody. 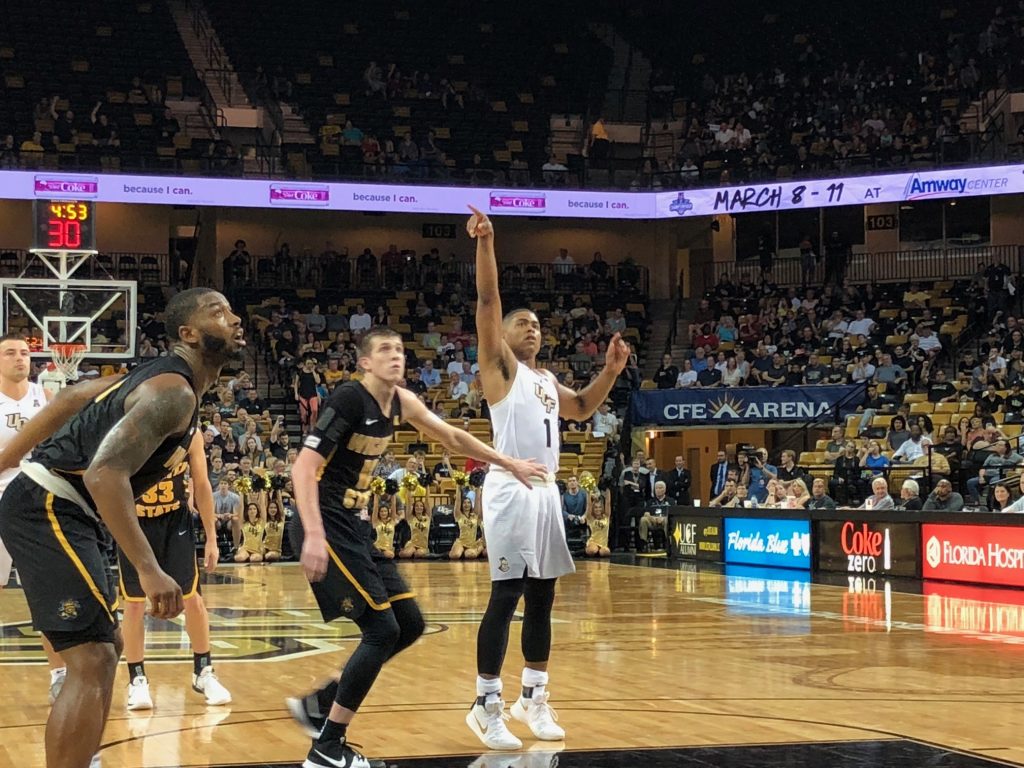 The Knights have one game left in the season as they host Tulane on Senior night and then after that, they will get ready for the American Conference Tournament that will be in their backyard at the Amway Center in Orlando, Florida.

With the loss, the Knights are now 17-12 (8-9 AAC) for the season and their only chance of getting in the NCAA Tournament would be to win the American Conference Tournament next week.