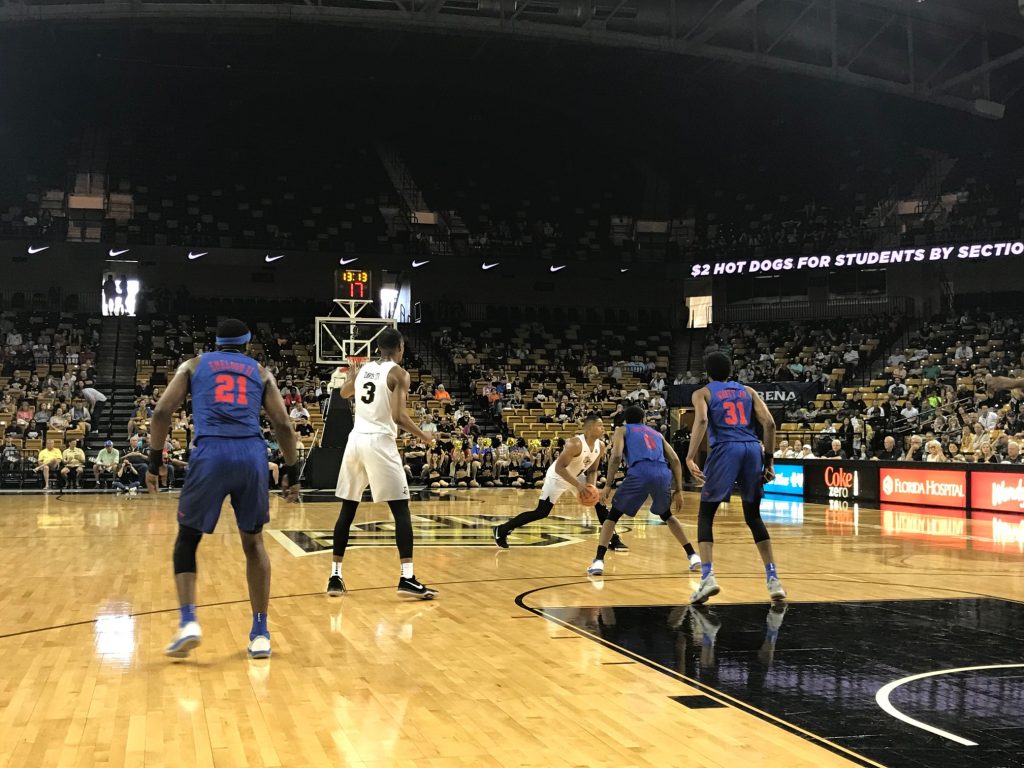 UCF senior AJ Davis has another big game and the defense as a whole shine throughout the game as they defeat the SMU Mustangs by the final score of 52-37.

The 37 points that the Knights allowed was the least points the Knights have given up all season and in the two seasons under head coach Johnny Dawkins.

The start of the game was key to this game. This was an early 11:00 game which is earlier than usual but they were ready for the game. 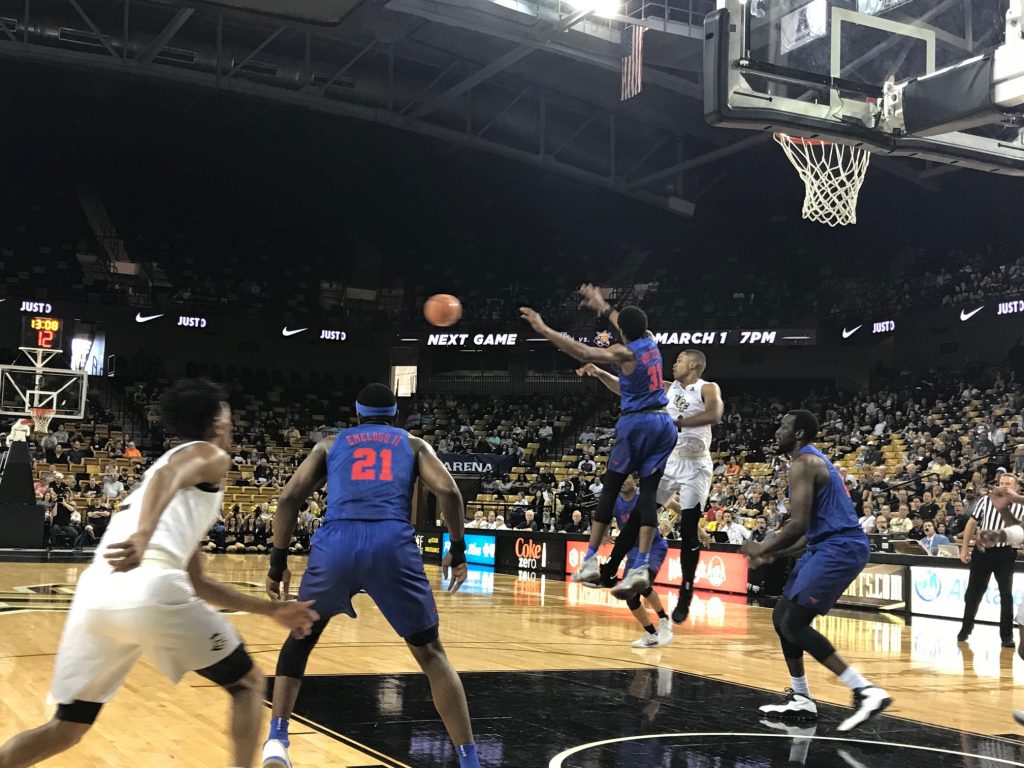 “We talked about the importance of getting off to a good start,” Dawkins said. “We talked about our preparation. It doesn’t start today, it starts the night before, two nights before and I think our guys took that to heart.”

Davis was easily the best player on the court in this game. He had 19 points including 4-7 from the three-point line, 10 rebounds, two assists, one steal and a vicious block towards the end of the game.

Davis has been playing the best stretch of basketball in his career as of late as he had multiple 20-point games in a row before today. He has really taken over games as of late. 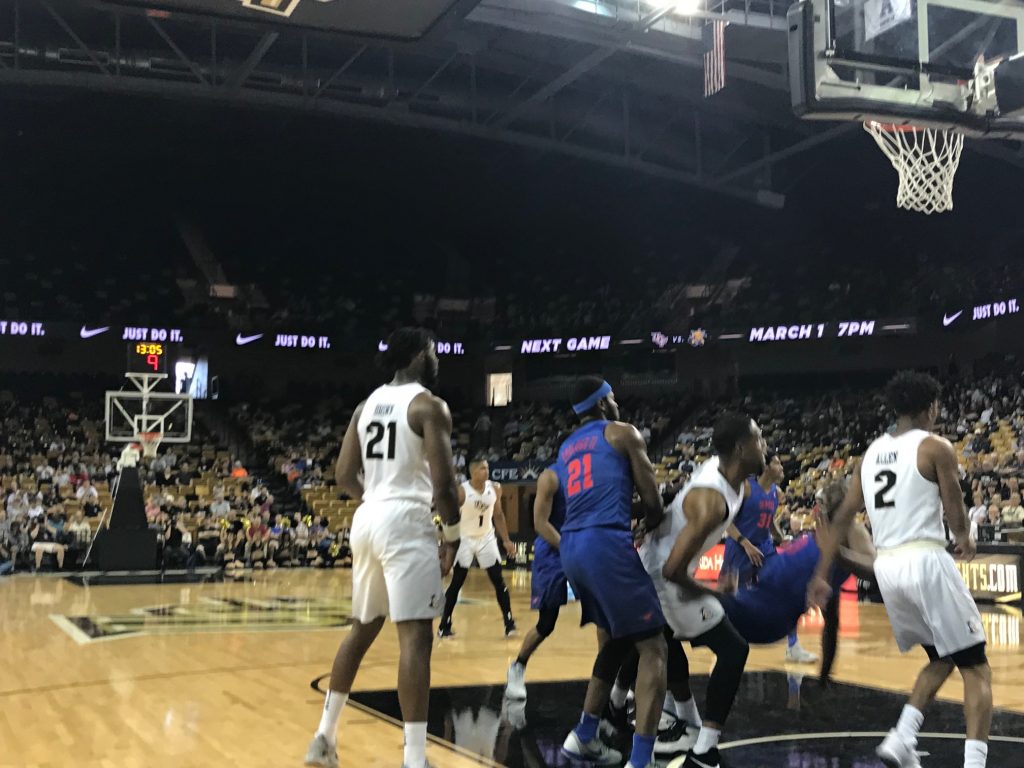 “I feel good. I think the biggest thing for me is like my composure and my pace,” Davis said. “Like I’m playing at a good pace. I’m catching it in my spots. I’m catching it where I want to so, I’m just kind of really slowing down and just learning through experiences what I’ve done in the past.”

Coach Dawkins also notices Davis’s play as of late and wants to continue to see this play out Davis from this point forward.

“He’s always been capable,” Dawkins said. “I’m happy to see him get rewarded for all the hard work I see him put in and no one is more deserving because he works at it, works at it. To see it come together now it’s been fun for me and I think fun for his teammates.”

With the win, the Knights have now won three in a row and are now 17-9 (8-6 AAC) on the season. The Knights will get ready to hit the road for the last time of the season as they will prepare to face Tulsa.