The UCF Men’s basketball team found themselves in another tough fight against William & Mary but were able to overcome that in the second half and win the game by the final score of 75-64.

“It was a good test for us against a really good team from a standpoint of how they execute,” UCF head coach Johnny Dawkins said. “They run one of those systems that’s difficult to guard. I thought our guys being that this is the first time seeing a team playing that way, defended it well and I think we won this game because of how well we defended it.”

The offense in the first half for the Knights was very stagnate, to say the least. They were forcing up shot after shot with two or even three guys around them. They shot 10-30 (33.3%) in the first half and 0 for from the three-point line.

The second half, however, was a much different story as the Knights shot 16-26 (61.5%) from the floor and the ball was moving around move and more aggressiveness to the basket. It seems like the Knights start slow in first half’s but regain composure and play to their game in second halves.

“It’s just our guys getting comfortable,” Dawkins said. “I always give the other team credit because their good and their competing and they want to win just like we do but, also I can see our guys are in the process of becoming the team we want to be. A lot of these new pieces are trying to find where they fit.” 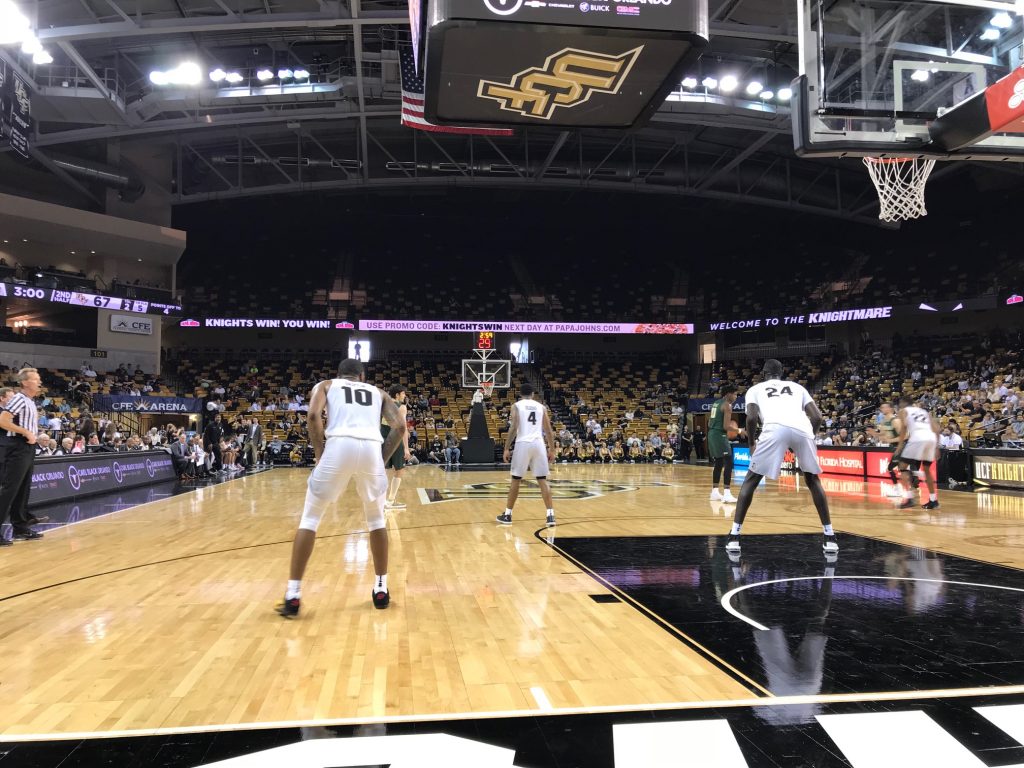 One of their best playmakers, Terrell Allen, went down really hard in the middle of the first half and did not return to the game. That meant that someone had to step up. AJ Davis was that guy. He was more aggressive and took a huge leadership role, especially in the second half.

“I thought AJ was really good for us,” Dawkins said. “I thought he played with a lot of poise tonight. He did a good job of leading the younger players on our roster. You have to remember a number times he’s out there with Chance, a sophomore, Ceasar, a freshman, Myles, a freshman. You have guys that are young, and he did a great job of keeping them poised, having them understand the game situation.”

Davis stat wise had a great game on the floor, scoring 17 points on 6-10 shooting, 11 rebounds, three assists, one steal and only one turnover. He was the real difference and the best player on the floor in this game.

“Whatever my team needs to win, you know that I had my looks and I took them and just trying to do whatever to win the game,” Davis said.

Another big part of the game was Chance McSpadden, and he finished the game with a game-high 18 points on 7-11 shooting, 2-4 from the three-point line, five rebounds and four assists. But for him, his game starts on the defensive side of the ball. 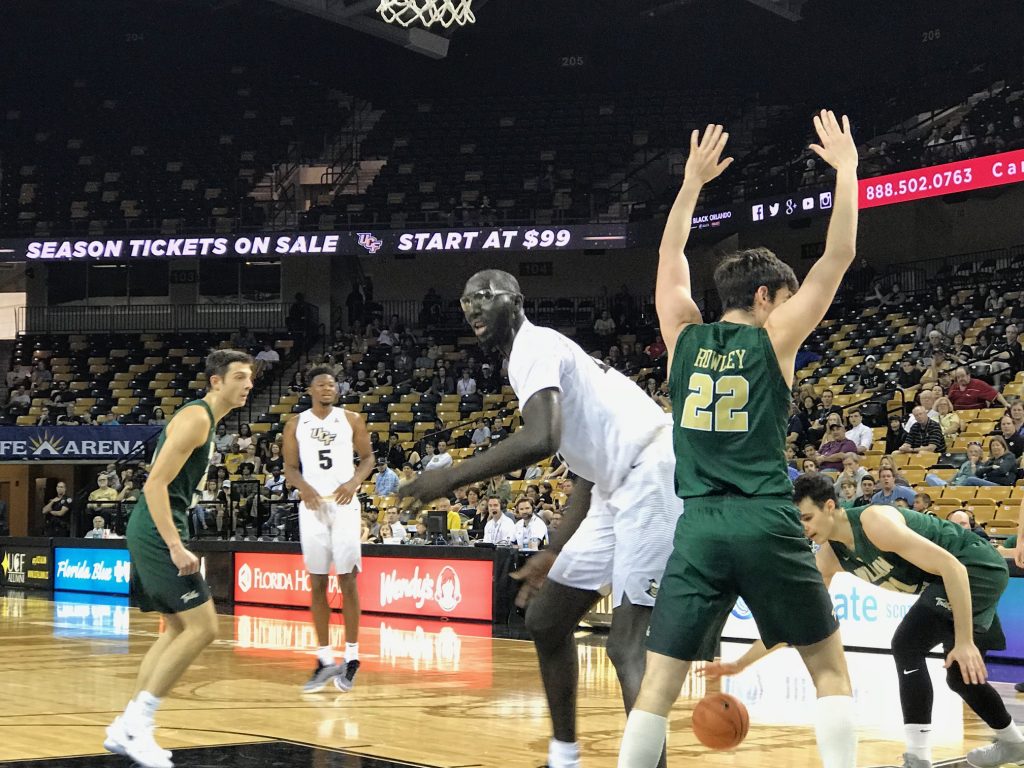 Also, Tacko Fall made his season debut after missing the first two games with a hip injury. In 15 minutes of action, Fall had 13 points on 5-5 shooting around the basket, seven rebounds and a block. The players were happy that Fall was back.

“Beautiful, it’s great,” Davis said. “He’s one of a kind you know. It’s hard to simulate playing with somebody like him. He’s just such a special piece of our game in general.”

With the win, the Knights are now 3-0 to start the season and will be getting ready for their first tournament of the season, the AdvoCare Invitational at Disney’s Wide World of Sports. The tournament starts on Thanksgiving Day, and their first scheduled game will be against Nebraska at 6:00 p.m.