As the football season nears for the UCF Knights, fall camp is shaping up for most of the key positions.

However, there is one area that is still in question for the Knights and that area is the secondary. The main issue with the secondary is at the corners. Part of the issue is that multiple guys left after last season due to their last year of eligibility including Shaquil Griffin who was drafted by the Seattle Seahawks. So now there are younger guys who may not be ready yet and the Knights are not ready to declare a depth chart for the corners.

“I wouldn’t feel comfortable right now putting out any kind of depth chart,” UCF defensive coordinator Erik Chinander said. “I mean you got Chris [Johnson] there, you got Brandon (Bam) Moore, you got Keane Johnson, you got Rashard Causey, you got Byron Brown. I mean you got guys everywhere and to me no one has separated themselves.”

That is a concern after almost two weeks in camp that no one has stood out in the secondary. Every position is important but the secondary is especially important so that opposing receivers don’t blow by coverages. 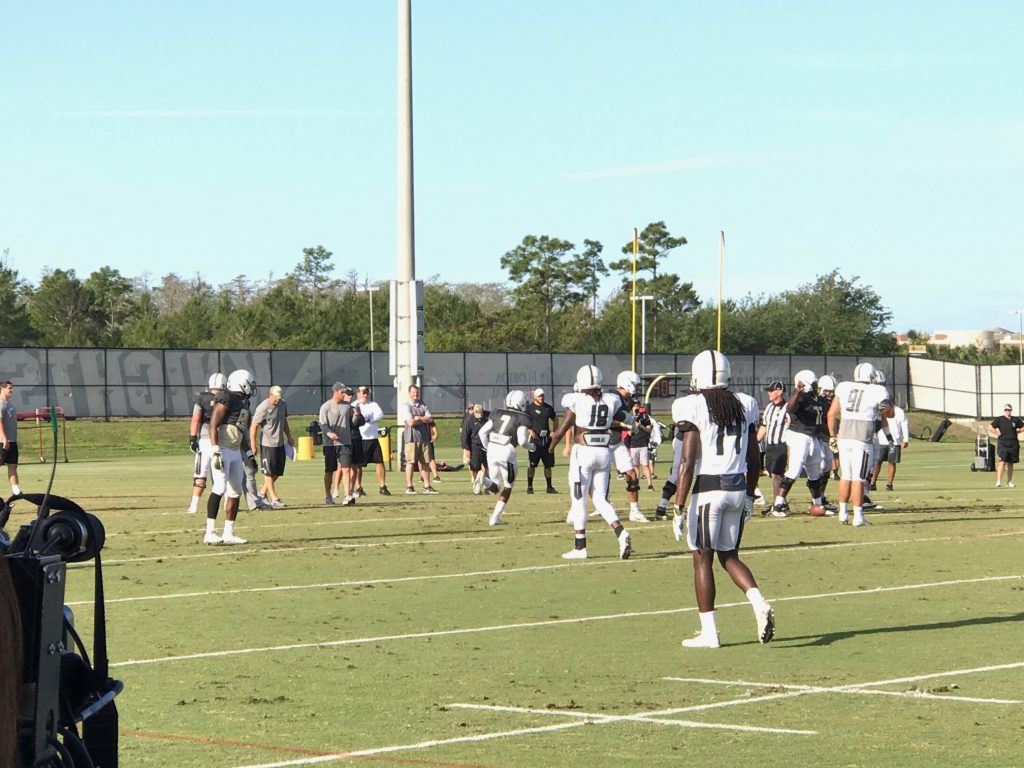 There may even be a concern of when the corner position will be settled as it is no where near of who is going to start.

“You’d like it to be settled after the second scrimmage,” Chinander said. “Unfortunately, it may be settled until Thursday (Aug. 31) before we play FIU.”

The rest of the defense is looking to take shape as the end of fall camp is near the end and the start of the season is upon us.

The Knights have hope some of these guys at the corner spot begin to stand out and separate themselves within the next week before the FIU game or they will be in some trouble when the season begins.

If you’re any team whether that being a high school team, a division one college team or even the NFL, you want to make sure that all positions are down pat so you don’t have any of these concerns and that is something the Knights are facing right now.

They will most likely have two more scrimmages to figure out the secondary because the season is less then three weeks away when they start the season at home against FIU.