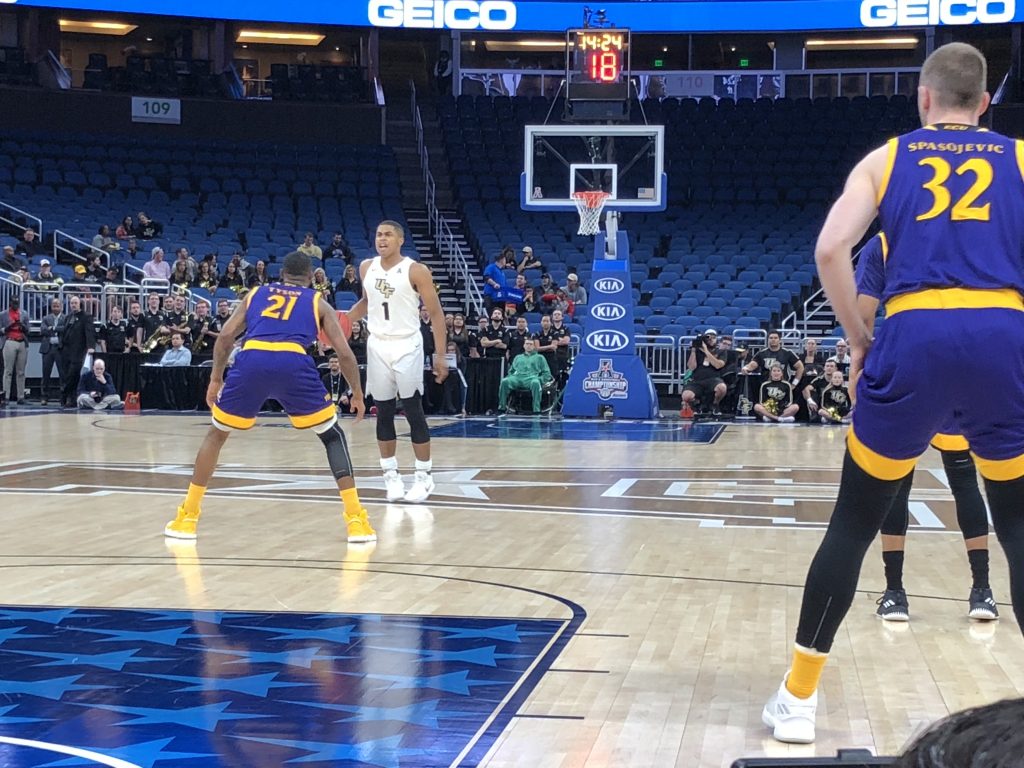 The Knights had an up and down kind of game especially in the second half when they couldn’t find a bucket for over eight and a half minutes and ECU was able to bring the game back to one. When UCF finally got a bucket, it was over.

The Knights took the game over and went on an 18-1 run due to sharing the basketball and just put on a defensive clinic.

Terrell Allen was the anchor behind that defensive effort with five steals and forced another three turnovers on ECU as well. The Knights as a team forced 20 turnovers on ECU. That’s dominance on the defensive side of the ball.

BJ Taylor had 17 points and four assists while AJ Davis added 14 points. The team as a whole shoot 8-18 from the three-point line and shot 43.2 % from the floor.

However, they had a horrible night at the free throw line as they shot 20-36 which is only 55.6%. If that was an assignment grade, that would have been an F. 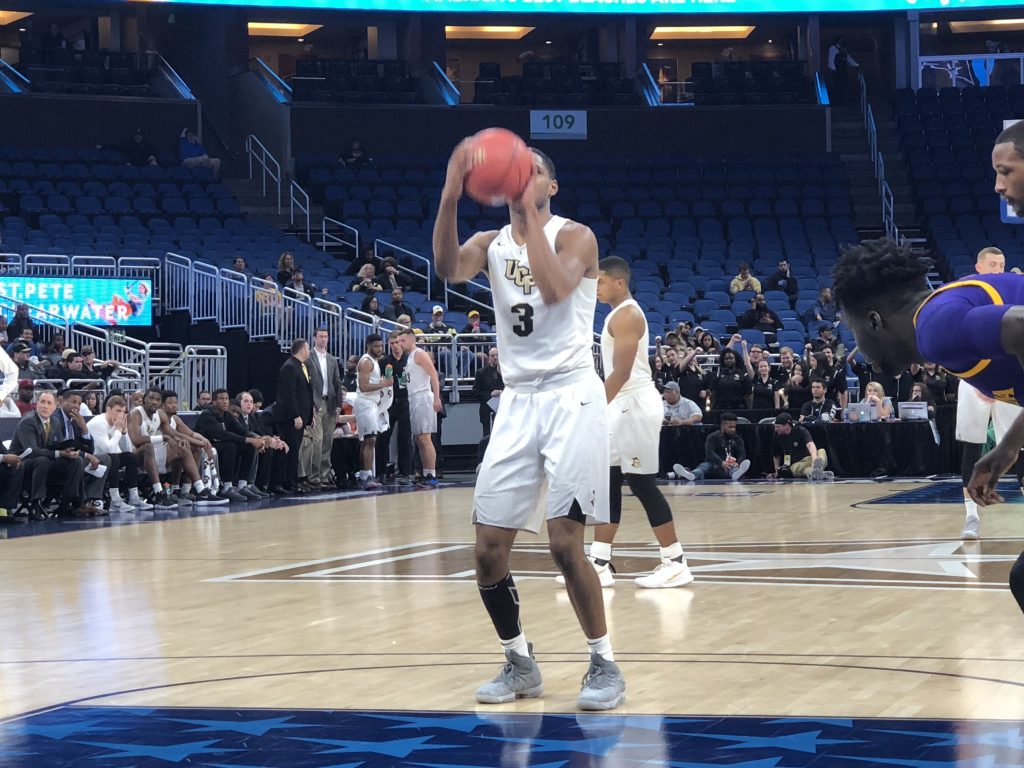 None the less, the Knights are moving on to face the Houston Cougars in the American Conference Quarterfinals tonight only 24 hours after playing against ECU.

It will be a tough turnaround but, UCF has a goal in mind and that’s to make it to the big dance, the NCAA Tournament. In order for that to happen, the Knights need to win the American Tournament and clinch an automatic bid so that they can achieve their season goals.