UCF Knights starting point guard BJ Taylor suffered a fractured foot during Friday’s game against Mercer and will be out four-six weeks.

It was rumored that Taylor at first suffered a foot injury that would have kept him out for most if not the whole season so, this was better news then what could have been.

“We have four-six weeks with the fracture in his foot,” UCF head coach Johnny Dawkins said. “It’s unfortunate but he’ll be healthy and he’ll be good to go this season.”

Taylor was there during media availability today and spoke with the media as he’s disappointed but will take things day by day.

“I was upset the other night,” Taylor said. “I put a lot into the game and I put a lot you know my teammates and being a leader out there for them on the floor so, it’s difficult not to be out there for those guys for the near future.”

Also, while talking to the media, Taylor explained how the injury happened during the game against Mercer.

“I was just doing a move that I normally do, went to the basket and planted hard off my left foot, kind of felt funny when I got up off the floor.” Taylor said.

Taylor may be out now but this isn’t the first time that he’s been out due to other injuries before. He’s been through this before and he’ll have to go through it again. 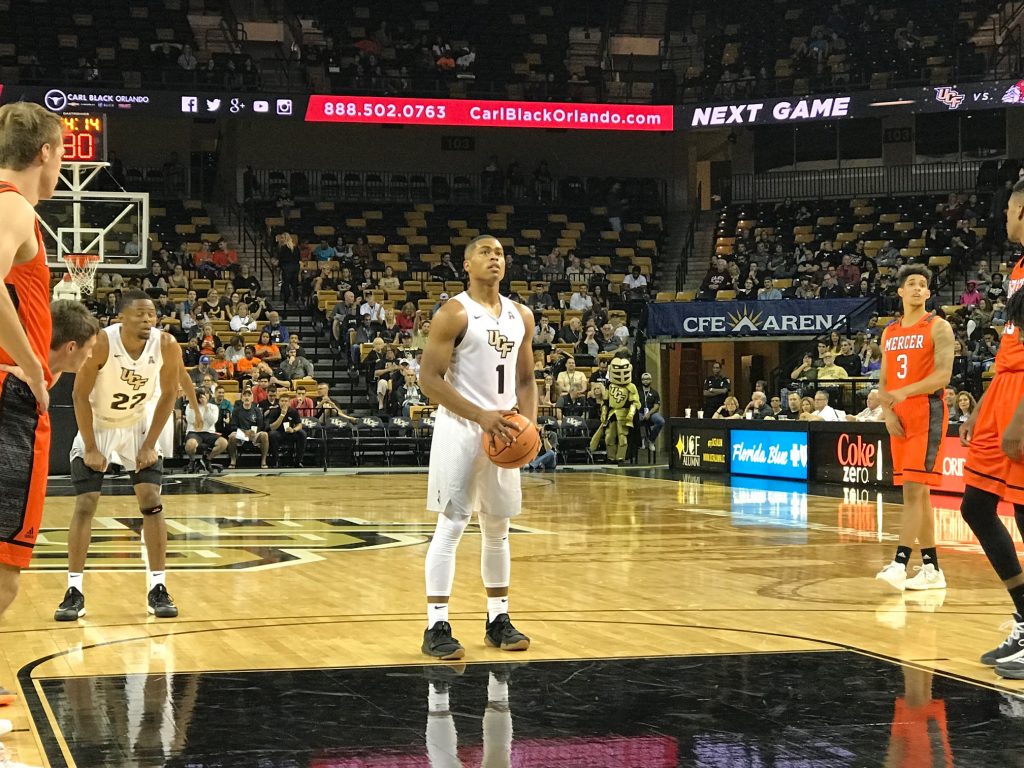 “I’ve been through this before, I’ve been through injuries and setbacks,” Taylor said. “It’s obviously something you don’t want to deal with but, it is what it is. It’s the reality of the situation and all I could do is do what I can to help the team grow, help the team to be better every day and stay mentality positive.

With Taylor out and Tacko Fall not 100% ready to come back from his hip injury and Aubrey Dawkins already out for the year, the Knights still want to focus on the defensive side of the ball and getting better each and every day.

The next game on the docket for the Knights will be against Gardner-Webber. The game will be played at the CFE arena on Nov. 15th with tip off at 7:00 p.m.