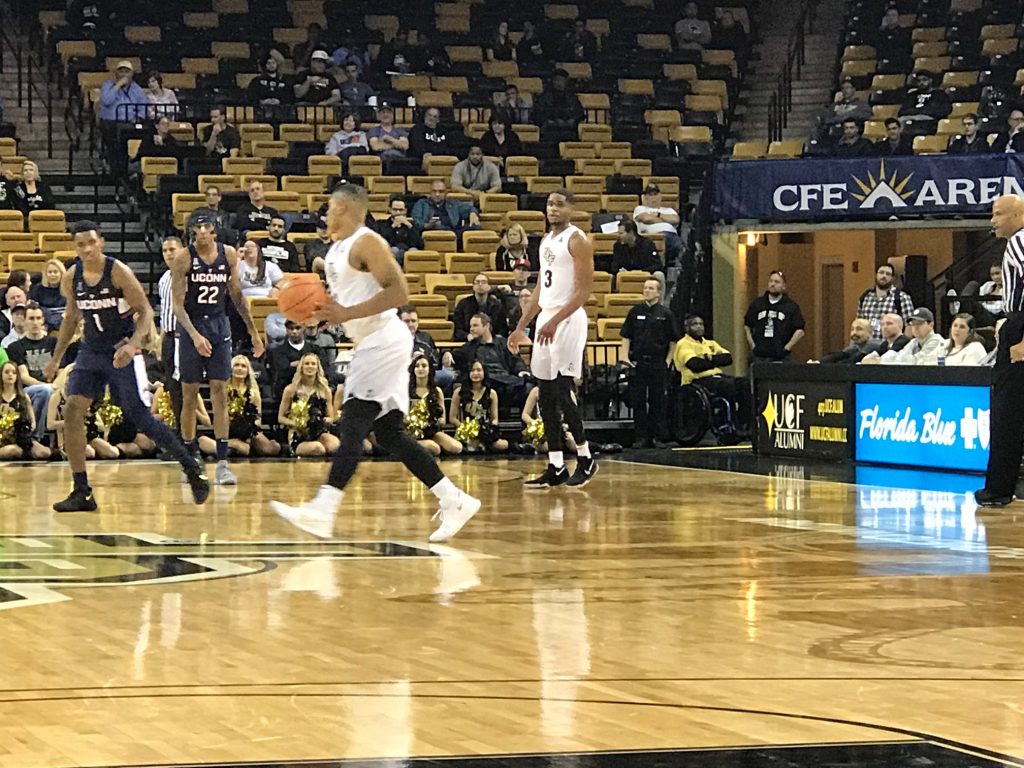 UCF Knights played a hard-defensive battle against the UConn Huskies and were able to hold on to defeat UConn by the final score of 70-61.

The game got off to a very very slow start. In fact, UCF didn’t get a bucket for the first five minutes of the game. It was 3-3 with 14:46 left in the first half.

UCF did manage to pick things up on the offensive side of the ball and had a 10-3 lead with 10:49 left in the first half. Their defense was just outstanding the first 10 minutes of the ball game.

“It was more of a slugfest early on,” UCF Head Coach Johnny Dawkins said. “I thought both teams were just really digging in defensively.”

UConn’s defense played well in the beginning of the game as well as they kept denying the Knights a chance at the rim with their great rim protection. The first half alone they had four blocks and stole the ball three times.

Back to the Knights, the defense only allowed UConn to shoot 36% from the field in the first half but UConn got their points from the three. 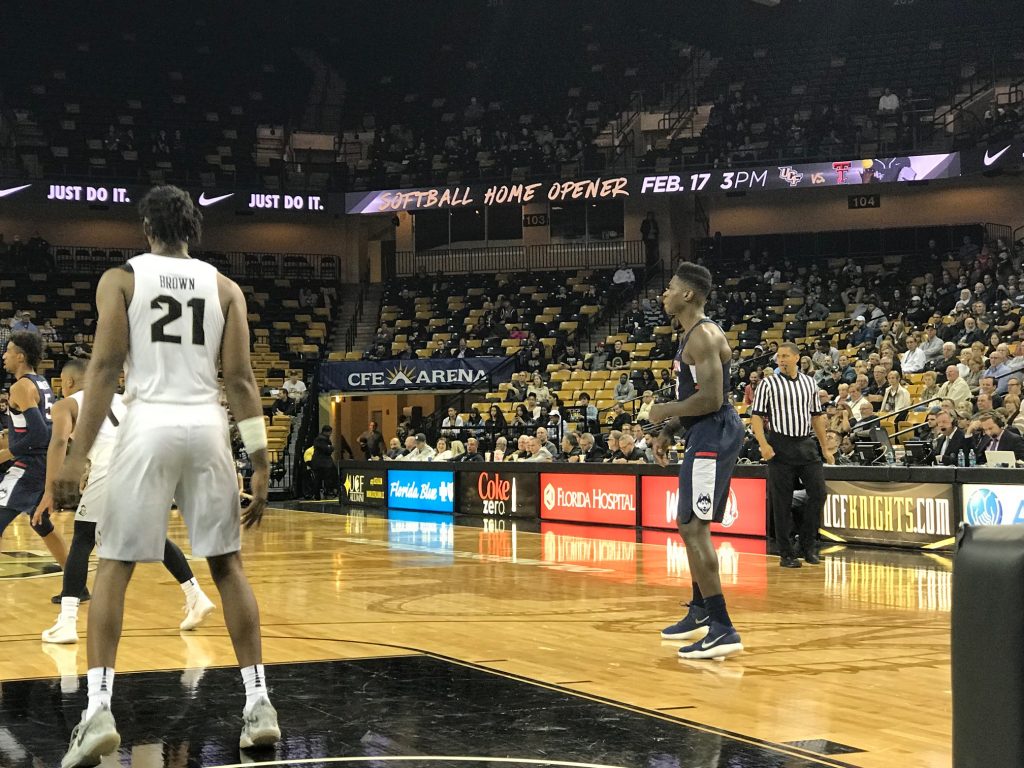 Coming into this game, UConn was shooting only 30.6% from the three-point line which is 332nd in the nation. They shot 6-10 from three in the first half but managed to shoot only 1-5 from three in the second half.

“It’s just reads,” UConn Head Coach Kevin Ollie said. “I got to watch the tape a little more but at the end of the day, we wanted to get into that paint and we don’t want to settle for threes. We haven’t been a great three-point shooting team.

BJ Taylor really stood out in this game. He had a game-high 20 points on 7-10 shooting from the field and towards the end of the game, he took over and was responsible for nine straight points that really helped seal the deal for the Knights to win the game. 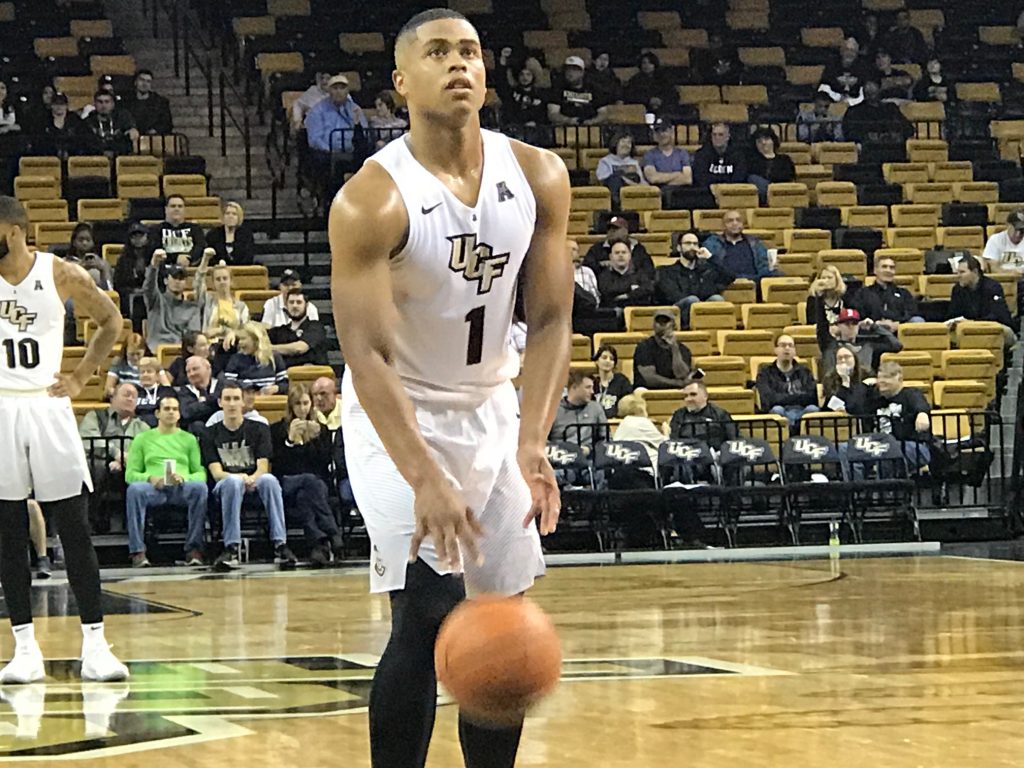 The Knights had four players scoring in double digits as Dayon Griffin had 12 points and both AJ Davis and Chad Brown each scored 10 points apiece.

The Knights also outrebounded the UConn by 12 even without Tacko Fall not playing in this game and they outscored UConn in points in the paint by six and had a huge advantage in the free throw department. UConn only shot 11 free throws for the game while UCF shot 34. That was a major part of this game.

With the win, the Knights are now 14-7 (5-4 AAC) on the season and will have a quick turnaround this Saturday when they host Houston at the CFE Arena.