The UCF Knights just wrapped up there last day of fall camp and will now begin to prepare their game plan for there first game of the season against FIU.

Fall camp began for the Knights on July 27th and like every team there are some ups and some downs but it seems as if both sides have made strides during camp.

The biggest question coming in to camp was how improved the offense is going to be and if the team is satisfied from the beginning to the end of camp.

“We’re very pleased. We’ve come a long way since July 27th on both sides of the ball,” UCF Offensive Coordinator Troy Walters said. “Special teams as well. We’re playing a lot of young guys. They made a great progression. They understand what we’re trying to do. The team unity is there. This is probably the closet we’ve been since I’ve been here. All in all, it’s been a great camp and I think the guys are ready to play another opponent.”

One of the issues last year for the Knights was that there wasn’t much depth on the offensive side of the ball but that won’t be the issue this time around especially at the receiver spot. 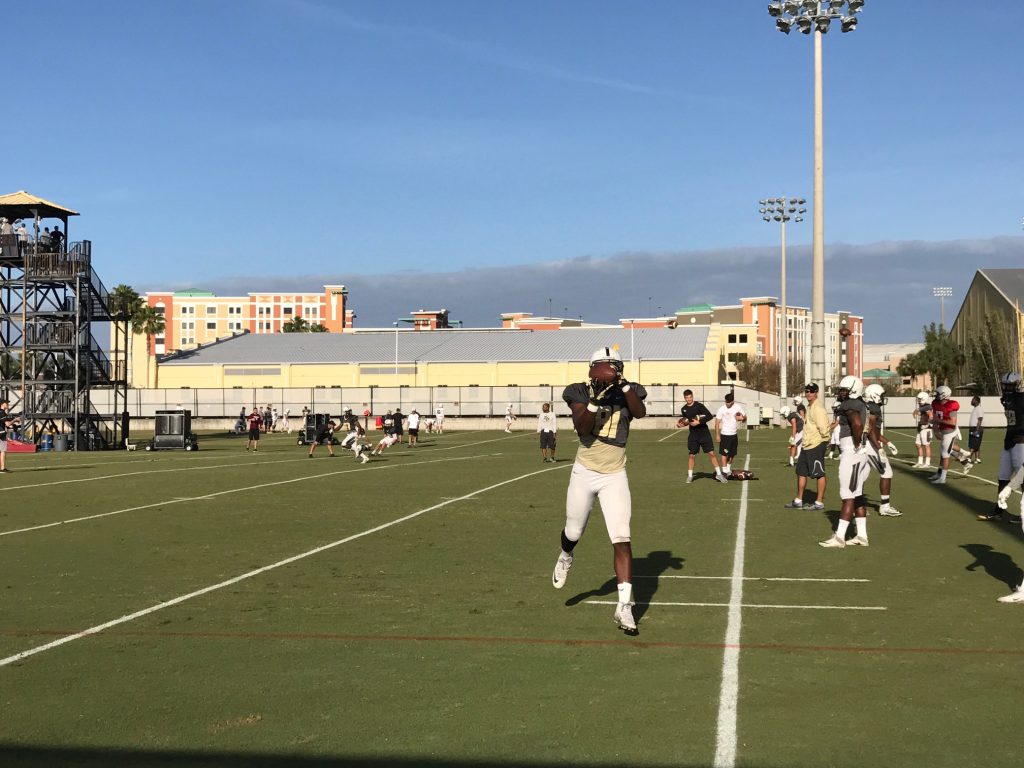 “We’re going to play seven or eight guys,” Walters said. “To keep guys fresh and to keep coming at the defensive secondary. So, I think the guys understand that, they know that, they’re excited. As we keep going, they’ll know what their role is specifically and what they need to do is just embrace it and when they get their numbers called, when they get on the field, they just got to ball out and go 100% and leave all out on the field and we’ll get someone else in so it’s exciting to have some depth at the wide receiver position.”

The defensive side of the ball for the Knights seems to be where it needs to be as well after wrapping up the last practice in fall camp.

“Today we finished up some situational work,” UCF Defensive Coordinator Erik Chinander said. “Coach Frost did a great job planning this practice, some situations we haven’t seen before. Then we got a little bit of scout exchange, those guys get used to it and then we’ll get a day off to kind of get into game plan mode and we’ll come back we’ll start real game mode.”

The amount of depth has seemed to also increase on the defensive side of the ball that will help the team stay fresh as the year goes along. 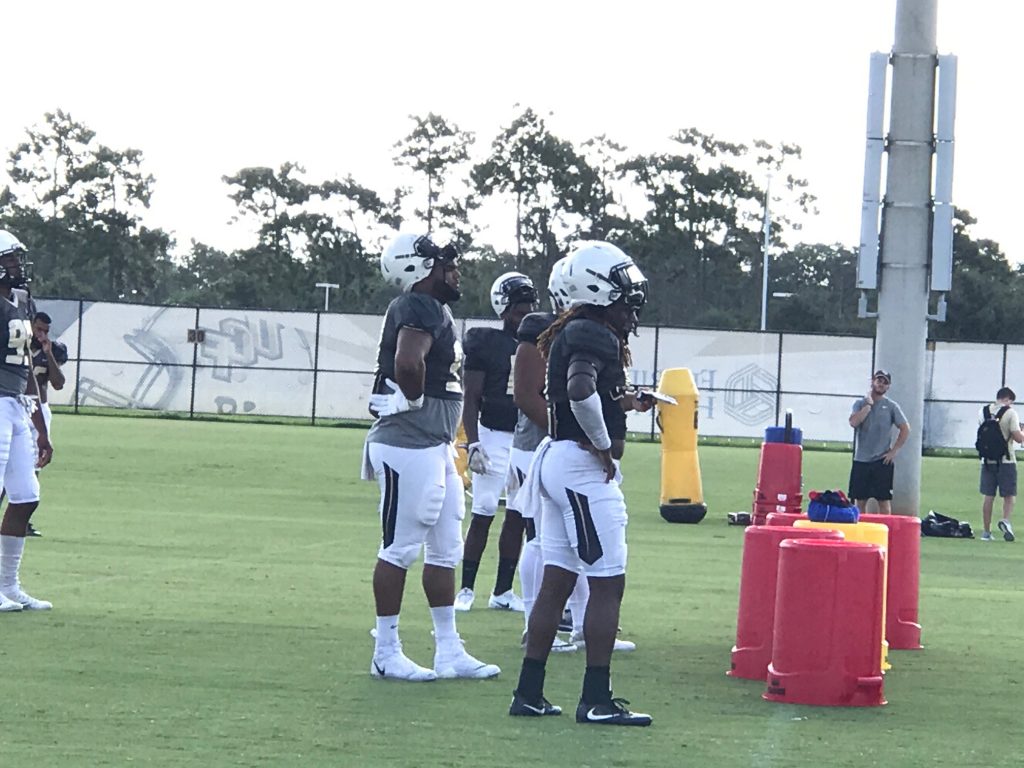 “Some of these young guys are starting to emerge,” Chinander said. “I think we’re going to have some depth at every position. We’re going to be able to have a good-looking defense out there come game one.”

With fall camp coming to the end, we’re getting closer and closer to the start of the season with a little over a week to go.

The Knights will be beginning preparation for their first game of the season against FIU. The game will be at home and will be played on August 31st.