The UCF Knights Fall camp first two days have kicked off and has already gotten off to a great start and look even better than last year.

“The first day was great. I thought the guys came out with a bunch of energy,” UCF head coach Scott Frost said. “I got to give a ton of credit to Zach Duval and our strength staff because walking out here, we look like a different team. The guys obviously worked hard in the summer and had good coaching in the summer and took advantage of the offseason program. We play as good as we look, we’ll be a lot better team.”

As mentioned by coach Frost, one of the reasons why the Knights got off to a hot start was the fact that the team put some work in the weight room during the summer and look faster and stronger because of that.

“I see bigger, faster, stronger guys,” Frost said. “Just the muscle mass that they put on, the size that we gained through recruiting and through working out and the speed. We looked like a lot faster team today. It was a great start and we got to build on it.”

One of things that stood out during media availability is that every position is an open competition even the Quarterback position.

“We go into fall camp with every position up for grabs,” Frost said. “I want competition at every position and Quarterback is no different. Right tackle, defensive end, corner, none of that is different. I want the guys coming out here knowing something is on the line. We’re a team but I want these guys to embrace competition and to love it and it’ll clear it self up who the best players are.”

Presumably starting QB McKenzie Milton is embracing the challenge of competition and looks at it to get even better.

“I think competition is awesome,” Milton said. “I think every year, every day you have to go in with a mindset to compete with whoever comes in whoever leaves so that’s how you have to approach every day.” 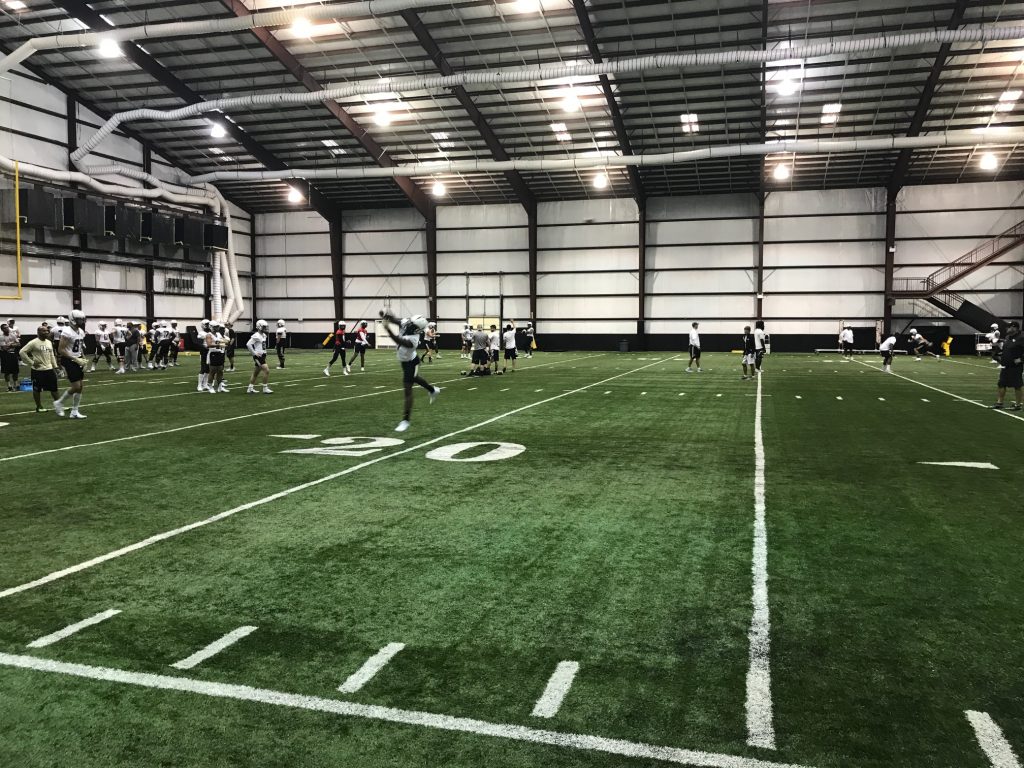 “We want to be great,” Walters said. “We want to go from good to great and our standards are high, expectations are high, we don’t want to win six games, we want to win and compete for championships and so I tell them every day you’re out on that field, we’re competing for a championship and I think they’re getting that mindset that everything we do is to be great.”

There is also a player that stands out in that group and that Tre ‘Quan Smith. He has not only stood out on the field for his play but also as a leader of the receiver core. Coach Walters talks about how much of a help that is for this core.

“Tremendous help!” Walters said. “Now he’s going into really his fourth year. He knows how to practice, he knows how to be a pro and he’s doing a great job of taking a leadership role, mentoring the young guys, setting the example. That’s where I need him most. Not so much talking, setting the example, showing the young guys how to do things, how to practice, how to prepare because he’s been successful.” 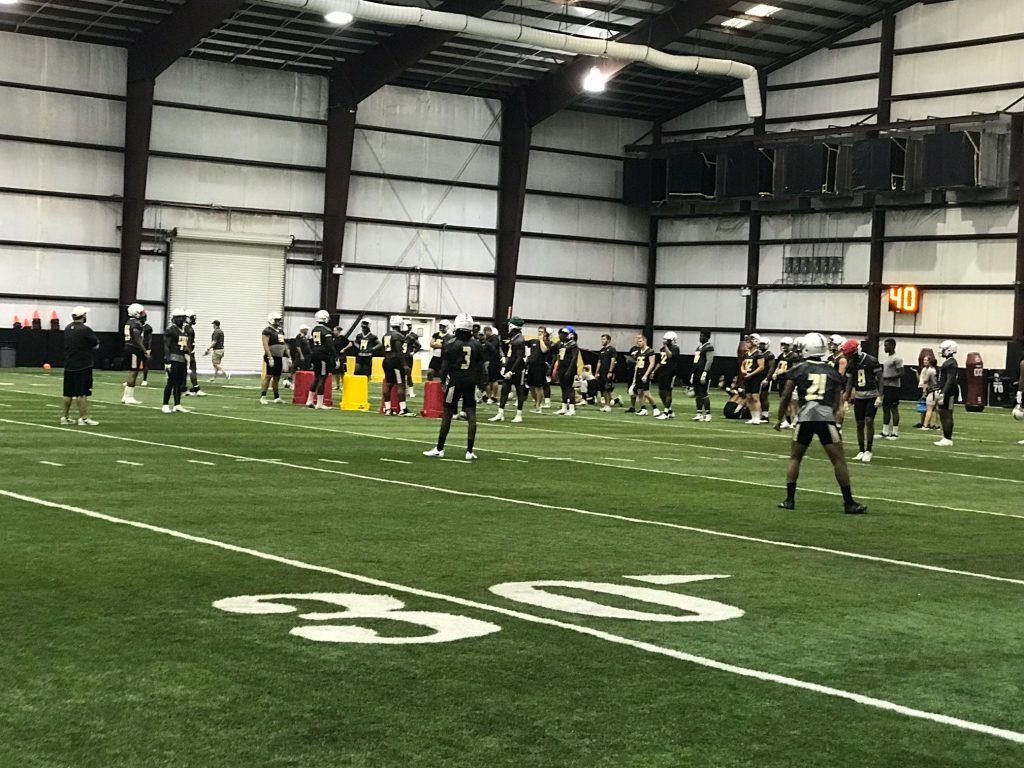 Defense has gotten off to a good start as well as they have gotten better in communication, they have got faster and stronger and you can tell they have a clear leader in Shaquem Griffin as well.

“My whole thing is to feel like I’m alone, trying to give back to the younger guys,” Griffin said. “Take what I learned and what I’m learning from my brother and guys ahead of me and just to give back to them. I think that’s the whole thing, its not to feel like everything is put on my shoulders and on my back, I can be able to spread everything out.”

The Knights whole mission is to continue to get better every time they get out on the field and they have done a great job during the first two days. They know that the expectations are higher after the season that they had but they are not satisfied with the results that they have had after one season and coach Frost made sure to mention that.

“Nothing is going to given to us, everything has to be earned,” Frost said. “I told the team yesterday I’m frankly tired of people coming up telling me great season, way to go 6-7. I don’t want anybody in our program to be satisfied with that but I think the confidence is going to be good this year, I think we’ll be in a lot of close games with a lot of good teams in a balanced league and we got to find the little things that gets us over the hump in some of those games.”

The Knights first game of the season is a just about five weeks away as they will host FIU on August 27th. UCF is off to a great start and look for them to continue build on that in the coming weeks before the season starts.