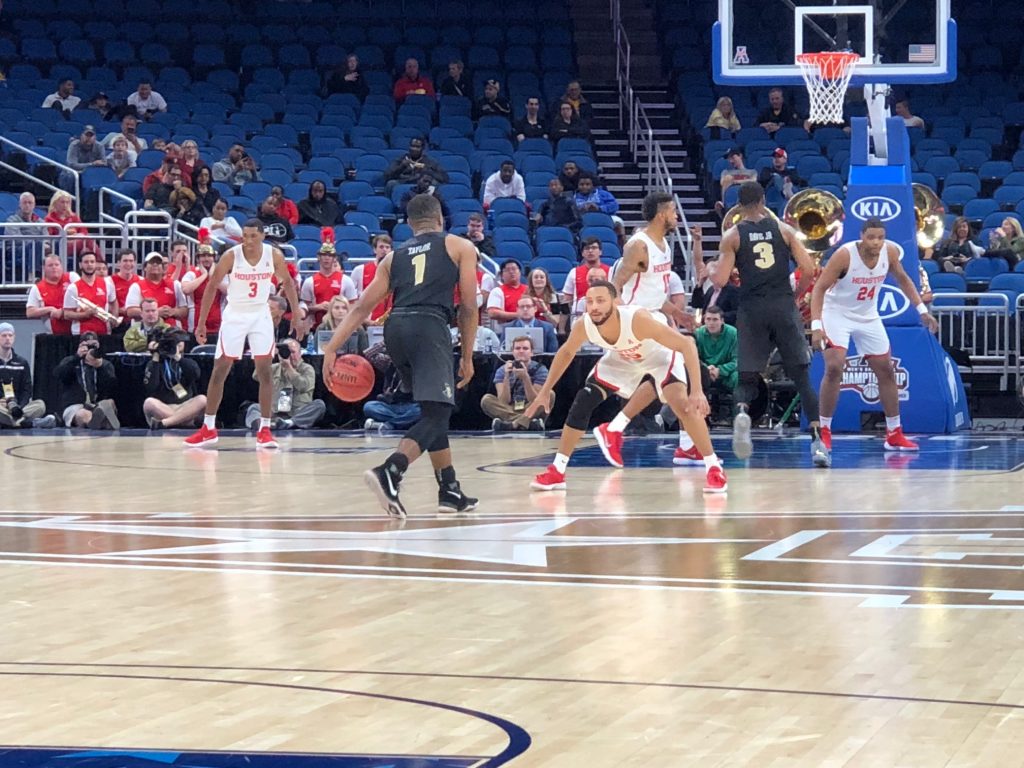 The UCF Knights dream of competing in the NCAA Tournament has come to an end as they were blown out by the Houston Cougars by the final score of 84-56 in the quarterfinals of the AAC Tournament.

The Cougars were firing on all cylinders from the jump having multiple leads of over 15 points in the first half that carried in the second half. UCF continued to fight as they had great defensive stretches by forcing turnovers and not allowing Houston to score but they couldn’t hold up in the end.

“I thought we got a little bit tired in the second half,” UCF Head Coach Johnny Dawkins said. “Trying to keep playing catchup, but that’s a credit to them for keeping their foot on the gas.”

Dawkins is eluding to the fact that the Knights played the night before against ECU and played the very next night against the Cougars who had the night off.

For the Knights, offensively continued to be a huge struggle. At times in the second half, they were getting stops and had every chance to get back in this game but they couldn’t get a bucket for their life.

Another issue was foul trouble on AJ Davis who got in really bad foul trouble by picking up his fourth foul on a very questionable call with over 17 minutes left in the game. He was subsequently taken out of the game for a little bit. BJ Taylor did everything he could after Davis got into foul trouble. 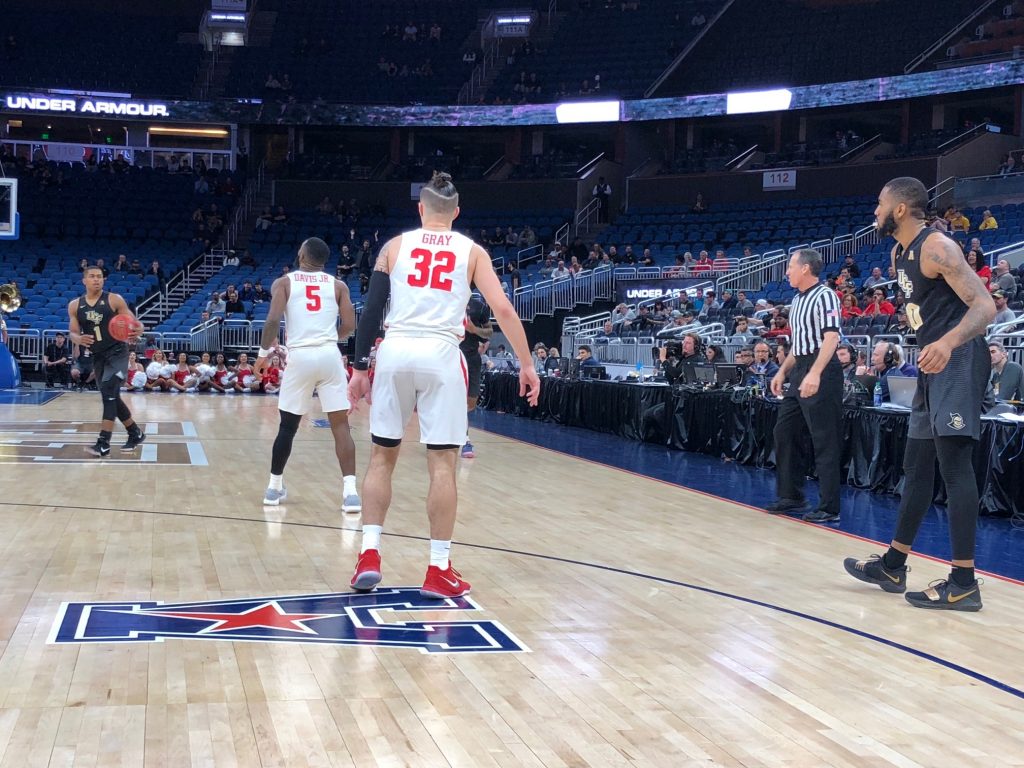 “I just wanted to lay it all on the line for my team,” Taylor said. “In that second half it was the last 20 minutes to try to make the NCAA Tournament, so that’s the only thing that was going through my mind was just leave it all out there on the floor for my team and my brothers.”

This season has been a tough one for the Knights as there were all kinds of expectations as to how good this team can be after the season that they had the previous year with them making it to the NIT final four and they were getting an upgrade towards their bench.

Injuries got to them before the season started with Aubrey Dawkins having to miss the entire season with a torn labrum, Taylor breaking his foot in the very first game of the season and he missed 16 games, Tacko Fall suffering a shoulder injury that forced him to miss the remainder of the season as well and Chance McSpadden getting hurt as well. 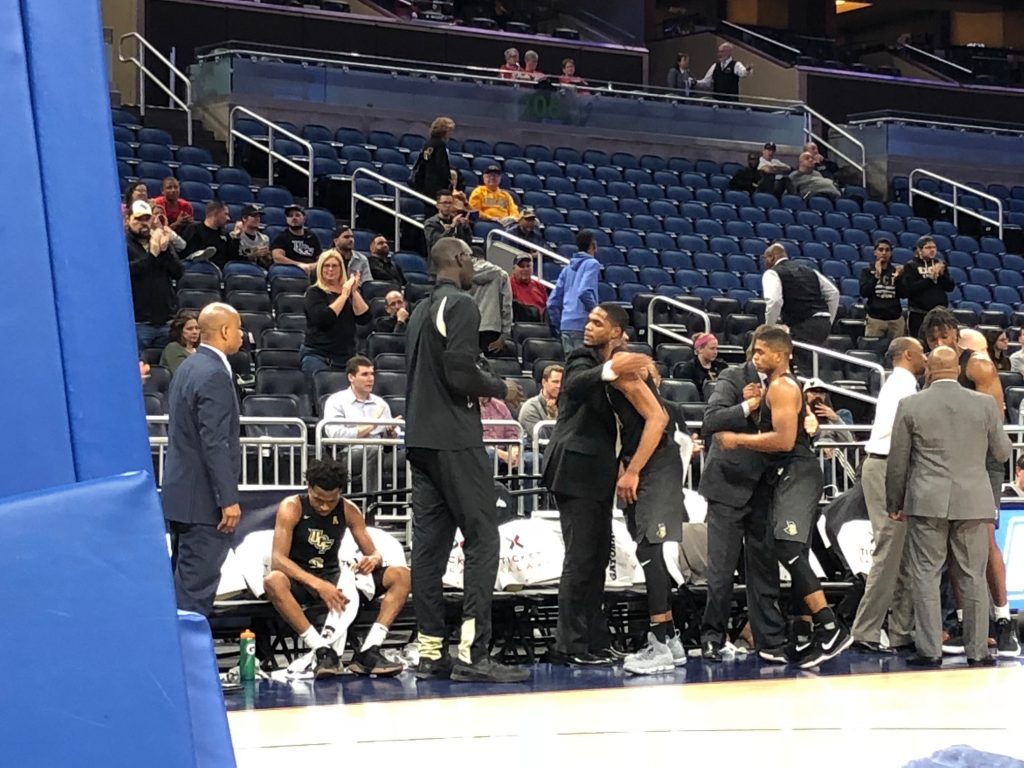 With all of that happening, the Knights are still hoping they can get in some kind of playoff college hoops, potentially making it to the NIT Tournament again for the second straight year.

“I would love that,” Davis said. “I would love to just be able to keep playing for Coach [Johnny Dawkins] as long as possible and play with my brothers as many games as I could. If I could, I would play with them forever.”

With the loss, the Knights finish the season at 19-13 and will wait to see if they get the call to get another chance to play in the NIT Tournament this year.