The UCF Knights had their first practice since the devastation of Hurricane Irma to try to get back to their routine and getting ready for the next game against Maryland.

“It was a little sloppy, a little rust on them,” UCF head coach Scott Frost said. “But that’s why we’re practicing today and tomorrow to try to get that off and try to get back to routine next week.”

During the buildup leading up to the hurricane, the Knights game against Memphis was originally moved to Friday night but was then called off at the last minute so everyone can get ready for the hurricane to hut Central Florida.

After the aftermath of hurricane Irma, the next UCF game against Georgia Tech was called off as well. You can tell that there was disappointment about those cancellations. 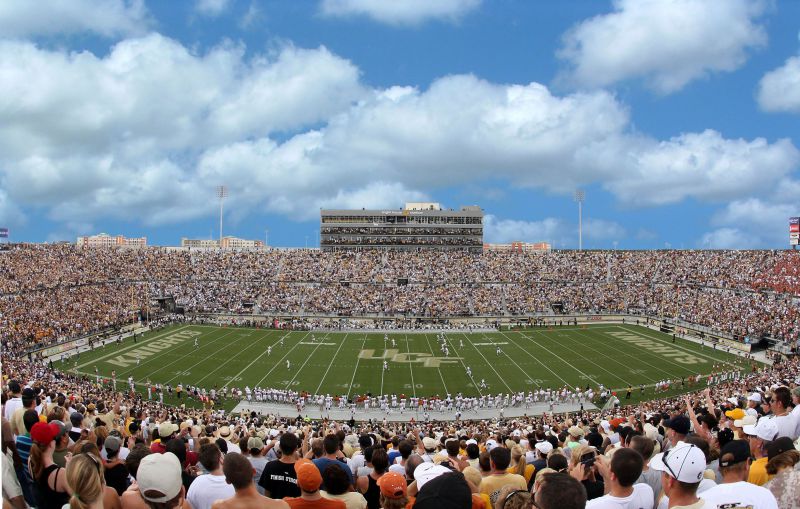 “We lost two games that we wanted to play,” Frost said. “Our kids are disappointed but the one that we need to schedule is Memphis. It’s a conference game, it’s important. Our kids were geared up and ready to play and excited to play that one and the rug got pulled out from under them. Hopefully we can get something done with that. Hopefully we can find an 11th game. I know there’s a lot of smart people working on that.”

Now there has been some rumblings of the AAC trying to figure a way to reschedule the game against Memphis as USF has had a couple of their games rearranged so they can get the game against UCONN made up.

One possibility would be to move the Maine game that’s coming up in couple of weeks to another slot and have the conference match up against Memphis there. More on that when more information comes out.

The game against Georgia Tech however will most likely not be made up for now as the focus is to get the game against Memphis is more important due to conference play.

As stated before, the next game on the docket for the Knights will be against Maryland, which will be the first game in a little over three weeks.

They had a lot of momentum on their side after dominating FIU that has now left because of Hurricane Irma.

“We’re going to do everything we can,” Frost said. “This is the second year in a row our season has been interrupted by a hurricane. Both years I thought we were in a really good place with our team and the way we were practicing and playing when it hit. So, we need to do a good job this year and making sure we recapture some of the execution and work ethic that we had going into it.”

It will be interesting to see if the Knights can get back their momentum that they have gained at the start of the season and build on it against Maryland next weekend.