UCF Knights lose their second straight game to SMU by the final score of 65-60. The game was one of the most physical games of this season thus far s well as one of UCF’s best opponents as well.

In the beginning of the game, the Knights got off to a good start and was up 19-14 with 10 minutes left in the first half. Then SMU made an 11-0 run and kept UCF to only seven points for the rest of the half and they were all by free throws.

Turnovers was a big part of the story again as they had 15 turnovers during the game that took the Knights out of rhythm.

“Of course as a competitor, it’s very frustrating,” Dawkins said. “I know we’re capable of cutting these turnovers down. We just have to keep working on execution and I believe in our guys. We have good guys, they want to do well, they want to make the right plays. So we just have to keep working. It’s a process for some of our guys, the number of them hasn’t been in these types of situations nearly that often and so we just have to continue to grow together basically and that’s what we’re going to do.”

BJ Taylor also had some thoughts on turning the ball over to much as well.

“That’s been one of our things all year that we have to get better at is turnovers,” Taylor said. “I think we hit right on our average again. If you want to beat the best teams and compete for a title, we got to be better on our assist-turnover ratio. I think their assist-turnover ratio was 3-1 and ours was the opposite, so we definitely have to get better at taking care of the ball in order to beat the top teams.” 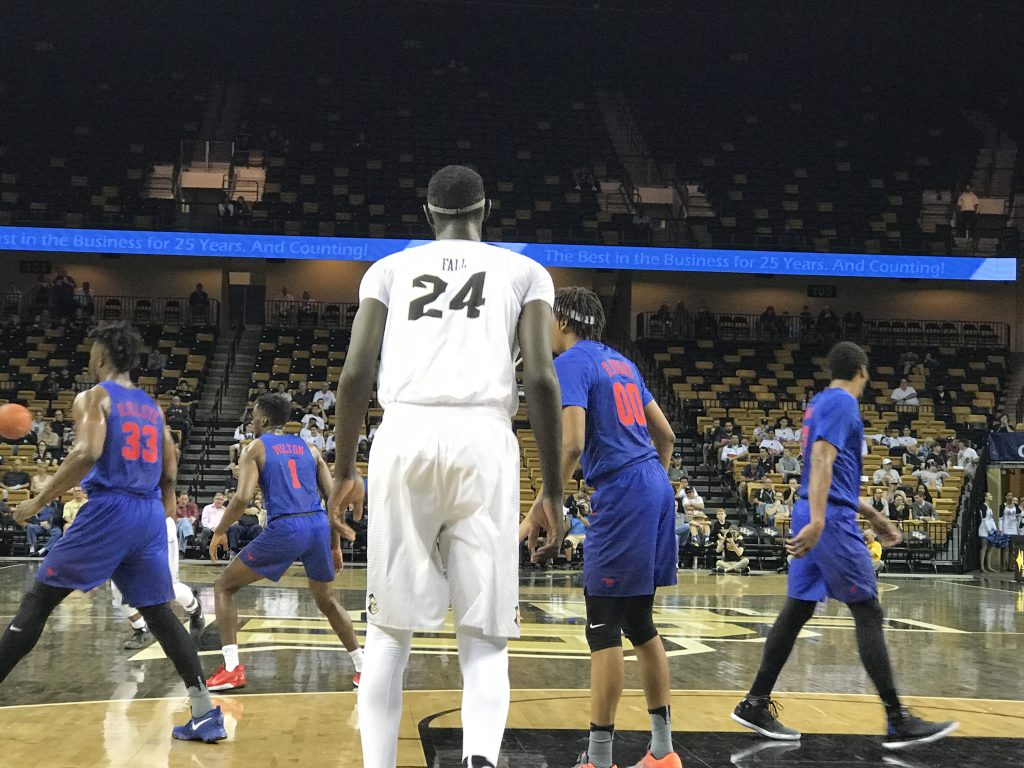 Speaking of Taylor, he got off to a slow start by only scoring two points in the first half but then he went off in the second half by scoring 20 and finished the game with 22 points, and five assists.

“At halftime we down a little bit and that’s one of my jobs on the team is to score the ball and I didn’t do my job in the first half,” Taylor said. “I didn’t have any points and was too passive. Second half I just came out more aggressive, tried to get a spark to the team and tried to get us going because that’s definitely one of my jobs of the team to score the ball so I definitely have to be more aggressive to start games and keep it going throughout the whole game.”

Tacko Fall had a good game tonight as he had 10 points, 12 rebounds, and five blocks but the scoring hasn’t been as good as the team and Fall would be hoping for. Fall had this to say about what teams are doing differently when guarding him.

“I’m seeing a lot of double teams,” Fall said. “That’s something I’m not really used to because it’s the first year. I would say that and keeping position and also knowing where the double teams are coming from because a team like SMU, there very smart.” 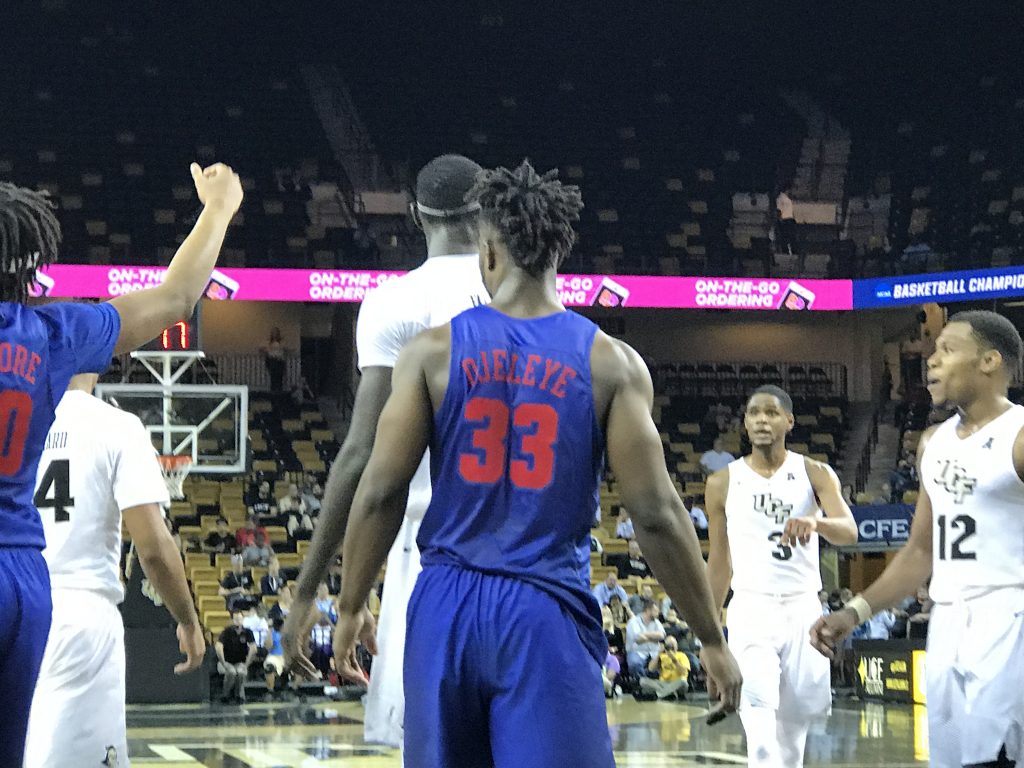 Matt Williams started the game by getting on a great rhythm by hitting four threes in the first 10 minutes of the game and had 14 points in the first half but then did not score at all in the second half.

“You give them [SMU], credit. I thought they did a really good job of finding them in transition,” Dawkins said. “I thought they lost him early in the game a number of times and we were able to get off to a good start. They corrected that. I thought when he came off screens we were able to get him off good shots and I thought those guys had a better sense of urgency and wasn’t giving him uncontested shots and then Matt needs to grow. Matt’s growth is when they do take that away, Matt is good enough of a player to put the ball on the floor and get to the basket and Matt needs to balance his offense with regards to how he’s being guarded because it’s really going to be a big advantage for him as he continues to grow and learn.”

With the loss the Knights go down to 14-6 (5-3 AAC) of the season and will have another quick turnaround as they will be on the road when they play Tulsa on January 28th.