After coming off of a 1-2 AdvoCare Tournament performance, the UCF Knights could not get off their losing woes as they lose to Missouri by the final score of 62-59.

“I thought it was a real tough, physical ball game,” UCF head coach Johnny Dawkins said. “I know coach [Cuonzo] Martin (Missouri head coach), that’s their style of play, and I thought our guys responded well but our guys were able to match the physicality and were able to compete very well and just a few possessions we’d like to get back in the first half and in the second half, I think was difference in the ball game.”

The Knights were able to get off to a very good start, starting the game on a 17-9 run. The offense was flowing, defense was looking the Knights defense of last year which is very good. But then Missouri started to go on a run.

Missouri went on 17-3 run towards the end of the first half as the Knights were trailing by as much as six. The offense started looking stagnate again. They turned the ball over a couple of times. Defense was getting out played as Missouri started to hit their threes.

The Knights were able to get a three in before Missouri hit a buzzer beater layup to end the half. The score was 29-24 at halftime with UCF shooting 35.7 % from the field and only 27.3% (3-11) from the three-point line. 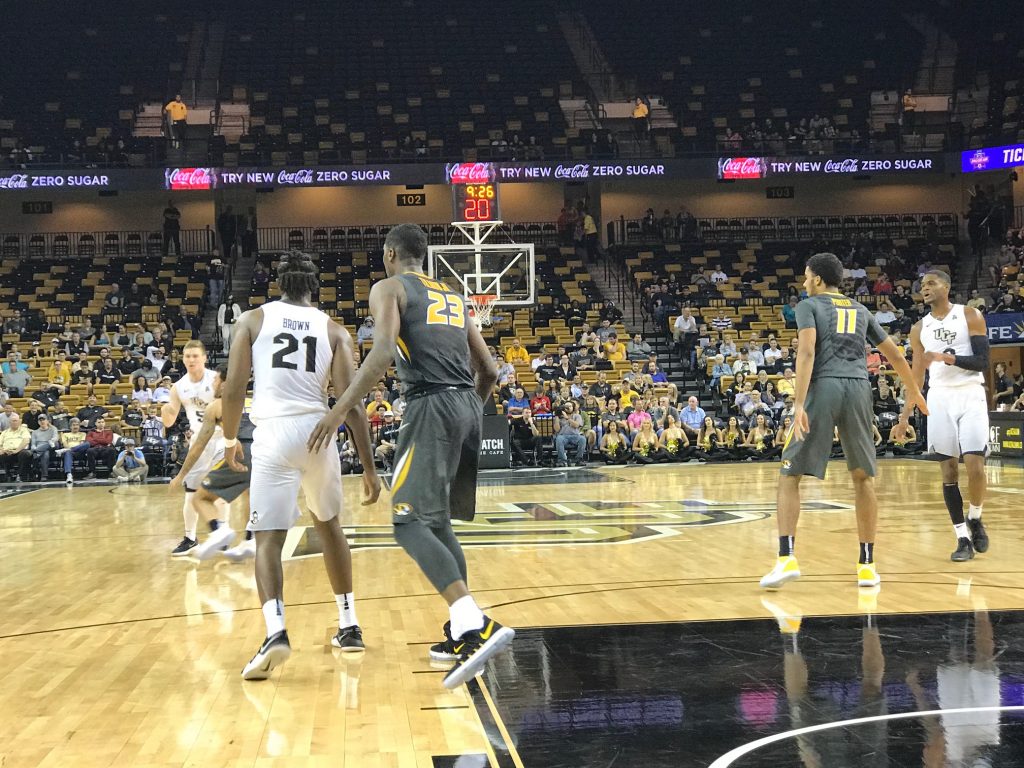 Missouri’s Terrence Phillips had the ball with under a minute left in the game and drilled a 17-foot jumper over Tacko Fall to get the lead to five.

Terrell Allen then hits the three to cut the lead to two, but then UCF had to play the foul game as they had no time left to make a defensive stop and essentially, the game was over.

“Any loss hurts,” AJ Davis said. “Sucks to lose at home to any opponent. Me personally, I wanted to finish this game, but any loss hurts for us.” 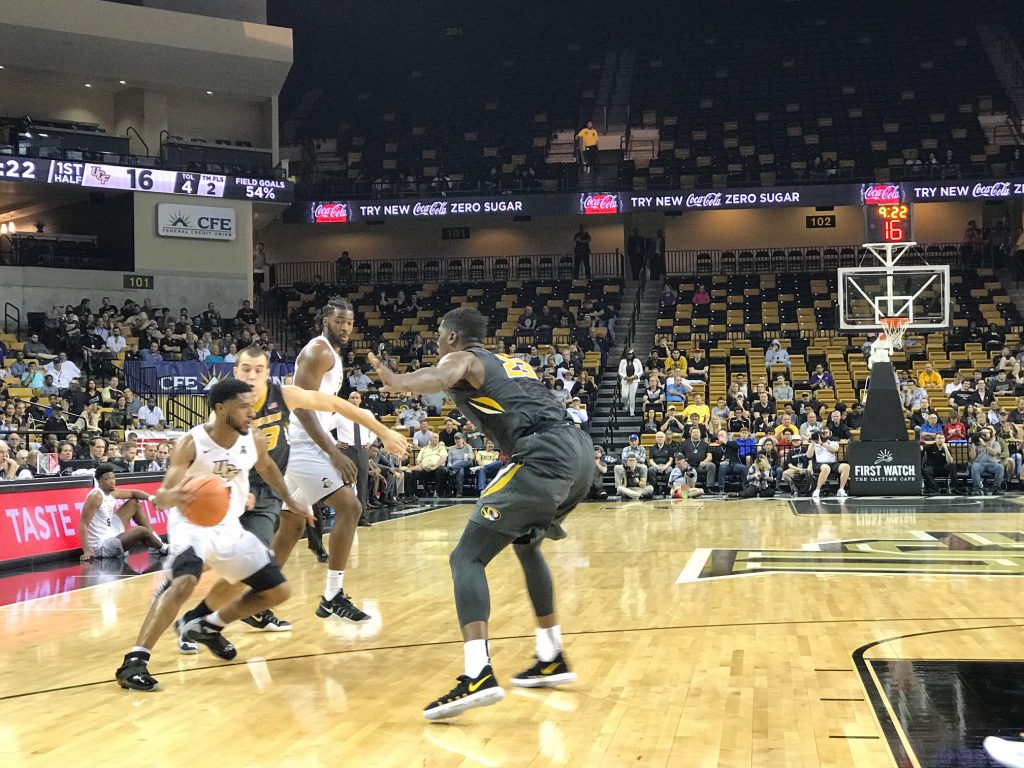 That’s the third straight loss for the Knights after they started off the season 4-0. They are in a bit of a funk right now and are just trying to get out of it.

“We’re on a little losing streak so, just trying to get out of this funk and get a win together that’s all,” Davis said.

A bright spot for the Knights was the offensive game of Tacko Fall in this game. Fall showed that he had developed several post moves in his offensive game and it showed tonight.

He had 12 points on 6-7 shooting from the field. However, Fall still doesn’t feel like he’s back to 100% and that it will take some more time before he gets back to his full game.

“Overall, I feel like I’m trying to get back in shape,” Fall said. “Trying to get there. This coaching staff has been working with me a lot on that point, but overall, I feel good. I’m definitely not where I want to be but I’m getting there.”

With this loss, the Knights fall to 4-3 on the season and they will be facing a tough test when they are playing outside of Orlando for the first time this season when they travel to play against the 24th ranked team in Alabama and star player Collin Sexton. The game will be played on Dec. 3rd.