UCF men’s basketball’s offense had the best first half in the season and was able to keep it up throughout the course of the game which led to the victory over Stetson by the final score of 74-55.

“I thought the guys were very selective, I thought they really shared the basketball,” UCF head coach Johnny Dawkins said. “We talked about making connective plays where guys are helping each other to become better.”

A lot of that had to do with the ball movement. They had 10 assists in the first half alone. The ball wasn’t sticking, everyone playing team basketball. Even Tacko Fall got in on the fun with a great pass to Myles Douglas after making a great backdoor cut to the basket.

“I try to keep my teammates involved because a lot of people always try to bash on me so, I got to be able to look for ways to make my teammates better,” Fall said. 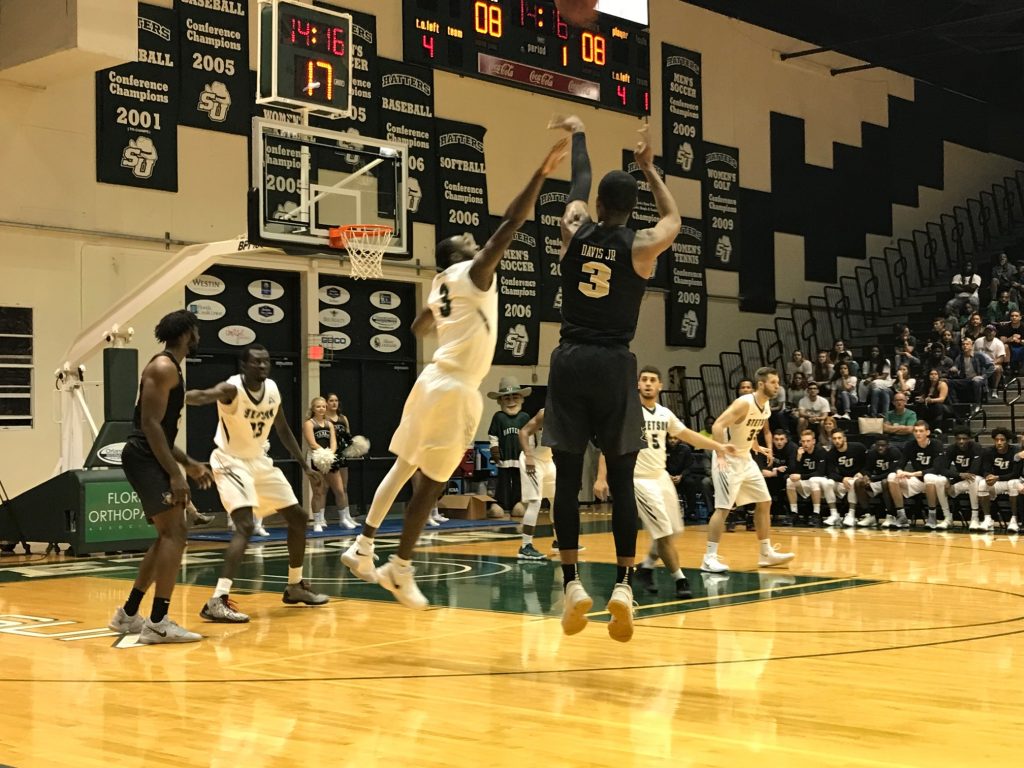 Speaking of Fall, he had a very dominant game, especially in the first half. Fall had eight points, nine rebounds, that gorgeous dime to Douglas and a block. He finished the game with 18 points, 11 rebounds, one assist and a block.

“I just went with the flow,” Fall said. “Coming in, we knew that we had to take advantage of the size so, that’s what we did coming into the game.”

Another player that was finally beginning to hit his shoots was Dayon Griffin. He has been struggling as of a late as his confidence was down for the better part of the season but not this game. He went 3-3 in the first half including two threes. One three that he drilled was about 30 feet and had a hand in his face.

“I feeling like I’m back in my groove now,” Griffin said. “I know I’ve been shooting bad kind of early on but I don’t let that get to me.”

This game could have been more of an easier one for the Knights if they didn’t turn the ball over as much. The first half turnover ratio was 7:2 in favor of Stetson. Imagine if they cut those turnovers in half.

The second started and UCF continued their hot streak, going on an 18-4 run in the first five minutes of the half. Tacko Fall continued his dominance as he scored seven of those 18 points in that run. 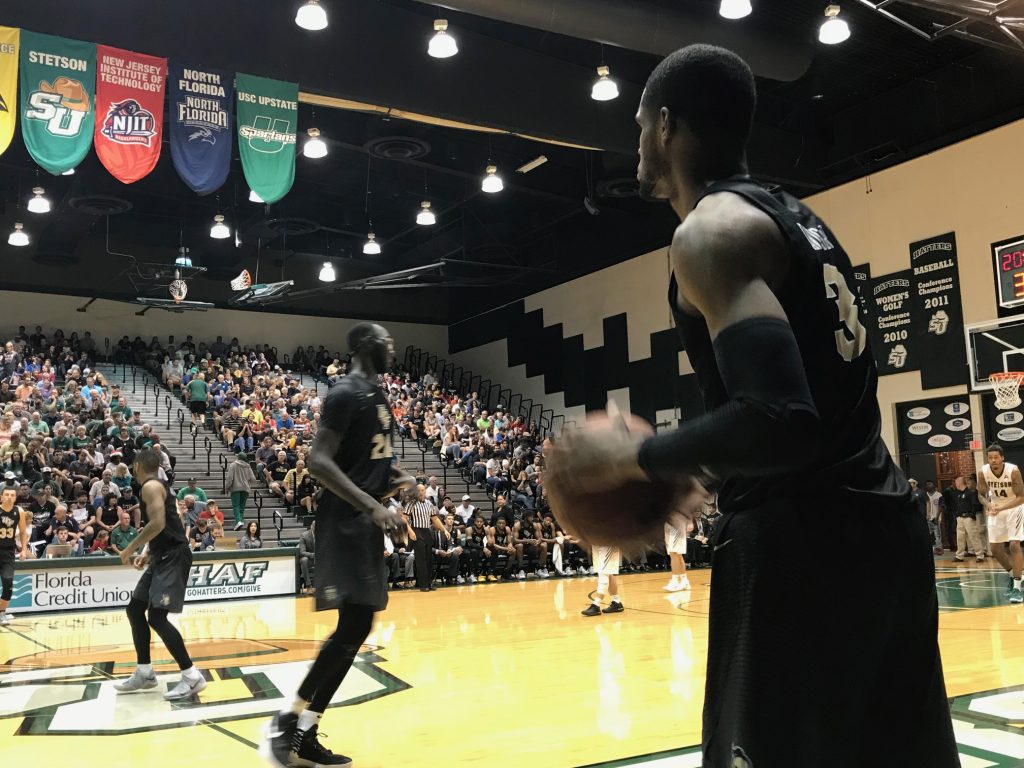 This game was easily the best offensive game for the Knights this season as shots were finally starting to fall, the ball movement was great. This was a game to do as Conference play will begin shortly.

“That’s big time for us,” Chad Brown said. “Because you know with conference starting, teams starting to figure out what they’re good at and what they’re not good at so when we move the ball, this is really good for us because it just shows that not just one person scores, it’s the team scores.”

With the win, the Knights are now 8-3 on the season and are on a four-game winning streak. They have a quick turnaround when they play South Carolina State at home on Thursday.