The UCF Men’s Basketball team played sloppy for much of the game but, were able to pull out with the win by the final score of 68-65.

“We weren’t expecting the game to be that close,” Dayon Griffin said. “We thought we were going to play like a good game but, just because our shots weren’t falling, we had to dig in defensively so, we dig it in, and we got the win so, that’s all that matters.”

They started the game with seven turnovers in the first half and weren’t getting good shot attempts either, shooting 8-24 in the first half, only 33% of the field. The second half was a little better, but they ended up shooting only 19-49 (38.7%) from the field.

“It’s going to be a process with that right now,” UCF head coach Johnny Dawkins said. “We just lost two players in our last two weeks that were in the rotation, and now they are out so, that’s changing guys roles a little bit, and guys are trying to get comfortable in what they do. But that’s going to come. It’s a process.”

Part of the issue was the number of fouls that the Knights were taking. Gardner-Webb was playing very physical in the first half. They had 13 fouls called against them and should have been called for more.

Turnovers were another big issue tonight as they turned the ball over 16 times including two straight turnovers in their last two possessions with less than a minute left in the game. 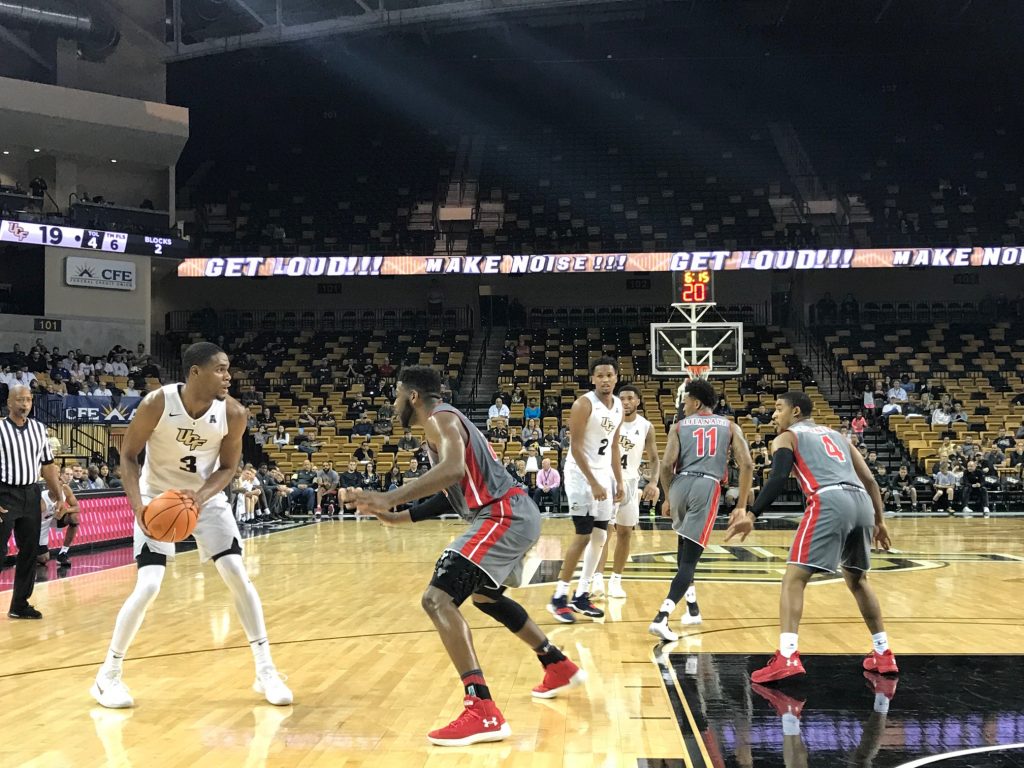 “Well I don’t like turnovers,” Dawkins said. “So, the message is we got to value the basketball. And for me I use these words all the time, we need to keep it simple. Our turnovers come when we’re not keeping it simple.”

Defensively, the Knights were much better in this game, especially in the first half where they only allowed 28 in the first half, 65 for the game. The Knights had a block party that Gardener-Webber simply didn’t get an invite to.

They had eight blocks in the game, five of which was from Chad Brown who had an unbelievable game on both ends of the floor finishing with 10 points, ten rebounds and five blocks.

“That’s what I love to do, I love to play defense,” Brown said. “You know, I love to be that energizer, that energizer bunny. I like to get stops and just using my athleticism. I’m blessed to have good athleticism, so I try to use that to the best of my ability, and those blocks were huge because we needed those stops.” 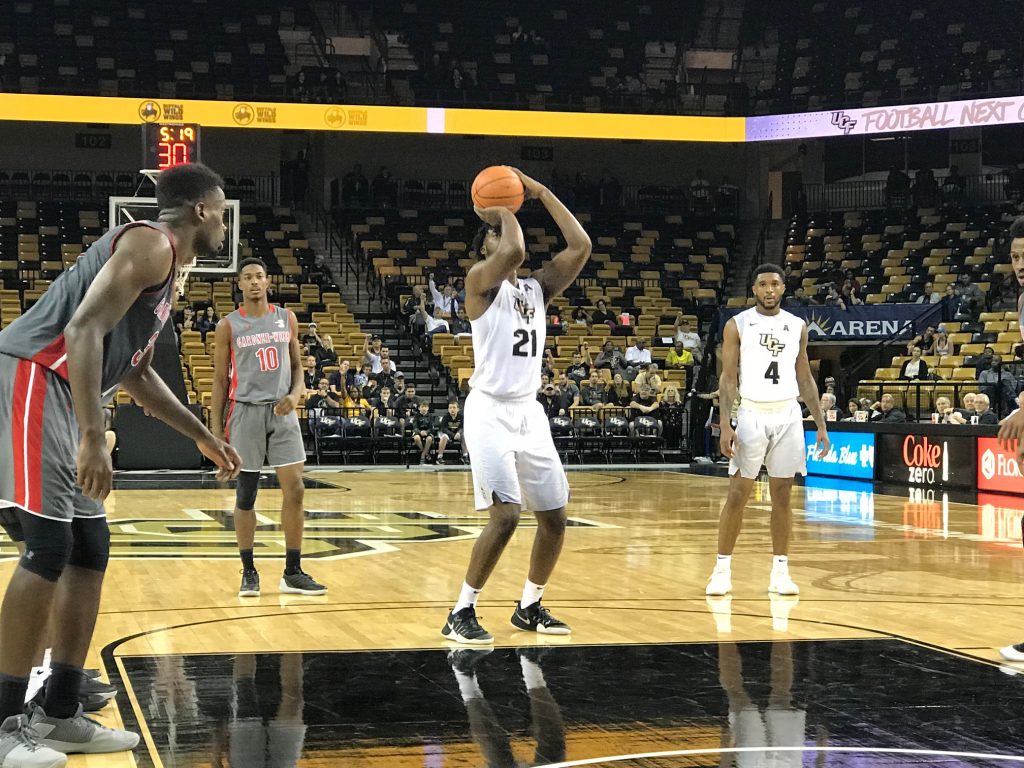 In the first game since BJ Taylor’s injury, Terrell Allen stepped up at the point guard position for the Knights. He showed poise and leadership and was a little more aggressive. He finished the game with 12 points on 4-4 shooting after not taking a single shot in the first game, three dimes and four rebounds.

“He stepped in tonight and controlled the team,” Griffin said. “Controlled the game really and stepped down and hit really big free throws at the end.”

However, Coach mentioned after the game that he doesn’t want Allen to be aggressive, he wants him to be true to who he is and essentially play the way that got him here type of approach.

There’s a lot of things to work on but, at the end of the day, the Knights did pick up a win, and with that win, the Knights are 2-0 on the season and will have a quick turnaround as they will get ready for Saturday’s home game against William & Mary with tipoff at 2:00 p.m.