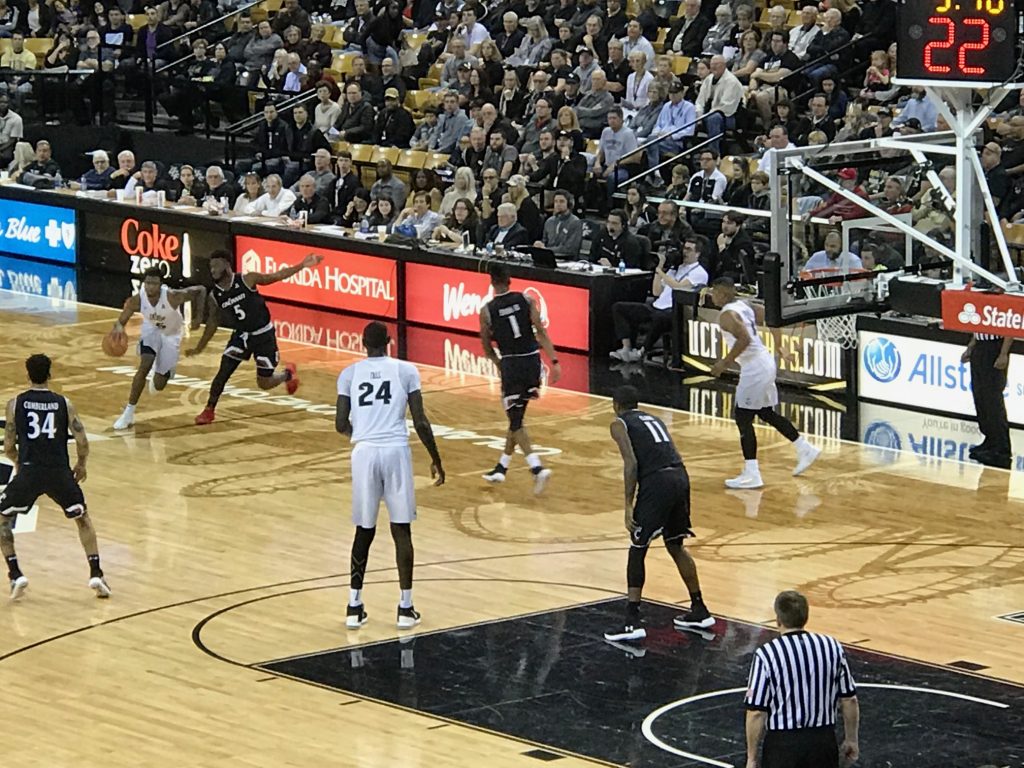 If you like a low scoring, hard physical game, this is the game for you as the UCF Knights were unable to beat the number 12 ranked Cincinnati Bearcats by the final score of 49-38.

Both teams shot under 25% in the first half which has to be a first in this college basketball season. UCF shot 7-31 from the floor while Cincinnati shot 6-26 from the floor. When you do the math, that’s 13-57 which is only 23%. That means it’s not that good.

However, that means the Knights played tremendous defense. Their defense looked just as good if not better than the game against Temple when they only allowed 39 points for the entirety of that game.

This game was also the return of BJ Taylor. This was Taylor’s first game since he injured his foot during the first game of the season and he provided a spark to UCF’s stagnate offense in the first half. 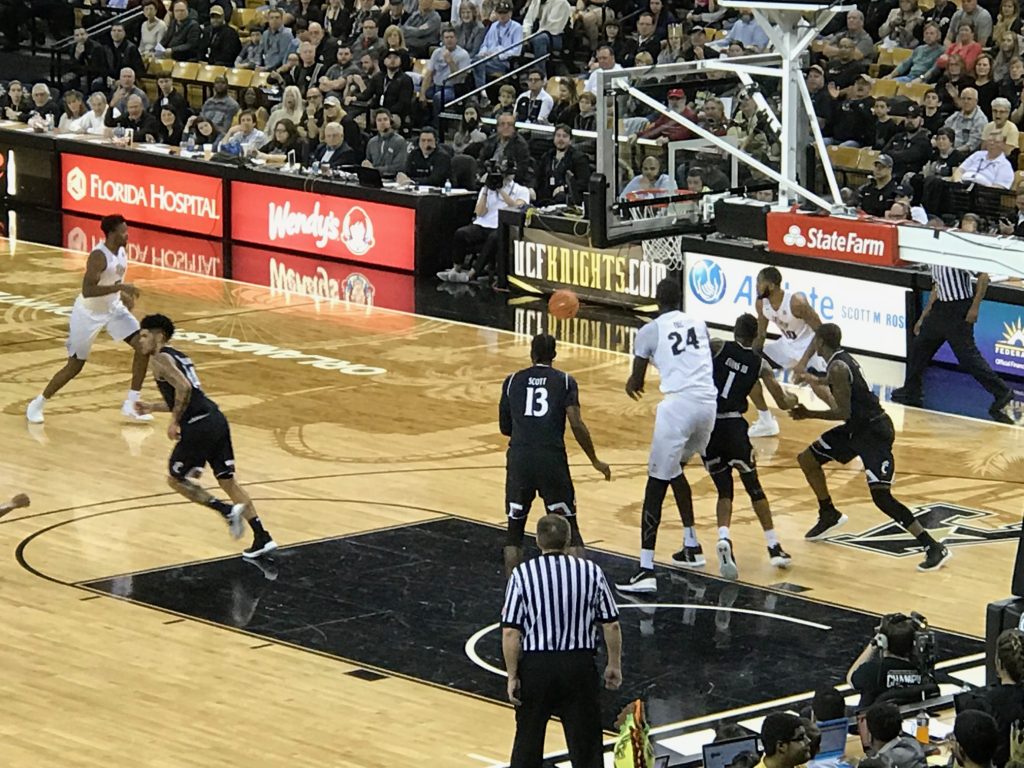 Taylor had six points on 3-5 shooting, including two and-ones to get the crowd to go nuts. He led all Knights in scoring in the first half as well.

“It was good to be back on the floor for sure,” Taylor said. “I had eight weeks off. You know it was good to back out there with the team. Wish we would have came out with the victory in the end because that’s all I really care about honestly.” 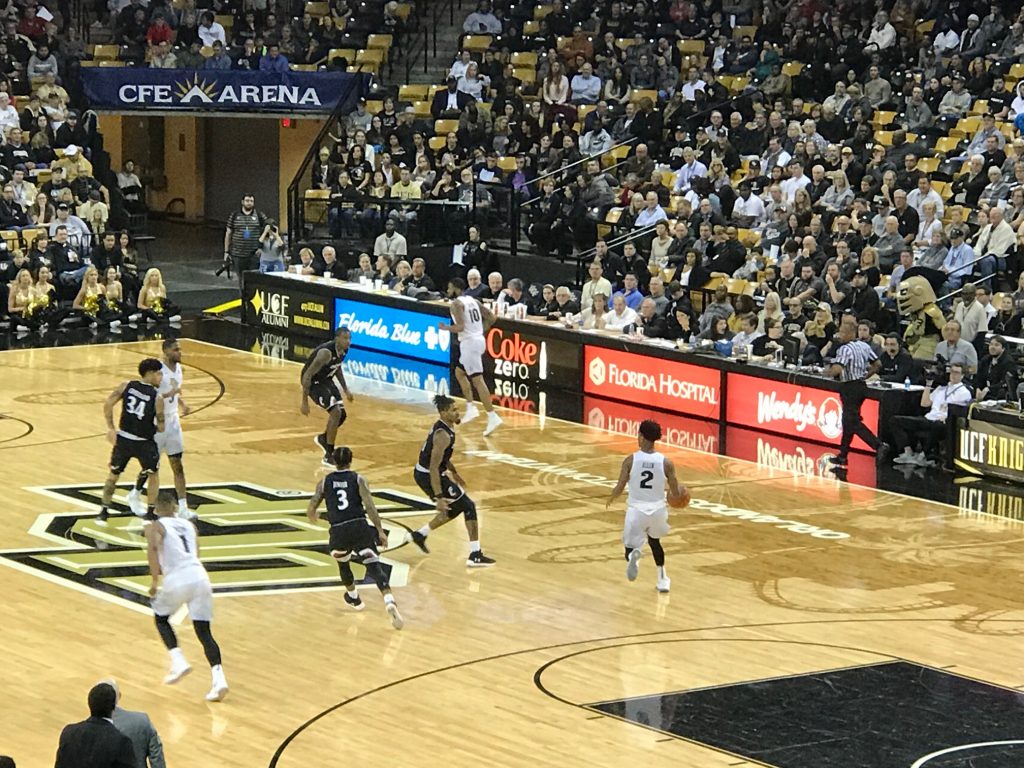 But the Bearcats continued to have success in the second half as they had multiple 8-0 runs and had the lead up by nine with a little over three minutes left and that basically sealed the deal.

The Knights finished the game shooting only 30% from the floor and only made 3-10 from the free throw line.

With the loss, the Knights are now 12-6 (3-3 AAC) on the season and will look to end their two-game losing streak when they hit the road against USF this Saturday for their first of two War on I4 games of the season.