After losing by over 40 points to West Virginia last Friday on the second day of the AdvoCare Tournament, the UCF Knights men’s basketball team continued to struggle with turnovers, and the offense was not there as they lose a close, ugly game 46-43.

“Well it was a tough hard-fought game by both teams,” UCF head coach Johnny Dawkins said. “I think it was a defensive game mostly. I don’t think either team had a good flow offensively.”

The Knights got off to a very slow start in the first five minutes of the game when St John went on a 10-0 run to start the game. Their first points of the game were free throws by Chad Brown and didn’t get their first field goal until the 13-minute mark in the first half.

UCF was able to make a run at times and even had a lead at halftime 23-22 after their defense looked like their defense of last season.

“I love where we are defensive,” Dawkins said. “When we take care of the basketball and don’t give people easy baskets, we defend very well half court, and that’s where we hang our hat on.” 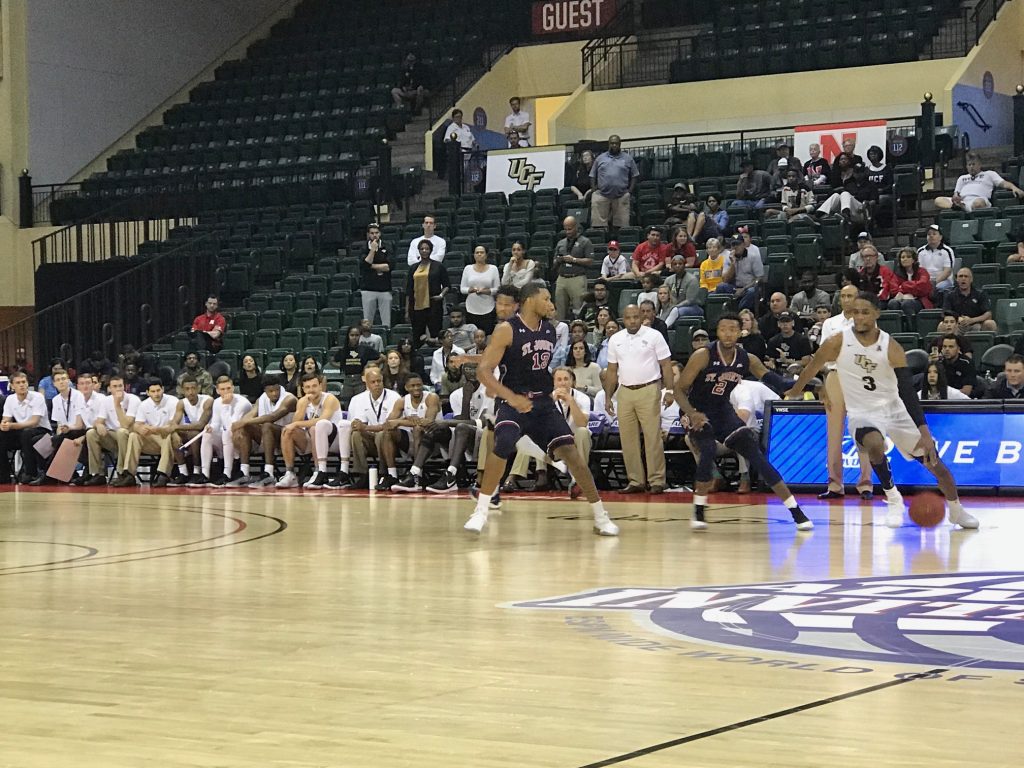 UCF was able to force St. John to turn the ball over 22 times and held them to a shooting percentage of 27.1% from the floor or 16-59 for the game.

“Our offense didn’t have a great flow to it at all,” Dawkins said. “You give them [St. John] some credit on why we didn’t have a great flow and we have to understand what we’re trying to accomplish. You know we have a game plan every time we go out there on what we want to get done, and we have to stick to that. I sometimes think when you look at our numbers, we kind of break off of what we should be staying with and that’s a sign of immaturity. That’s a sign of young guys that need to control the game and lead us and are just young at that spot.” 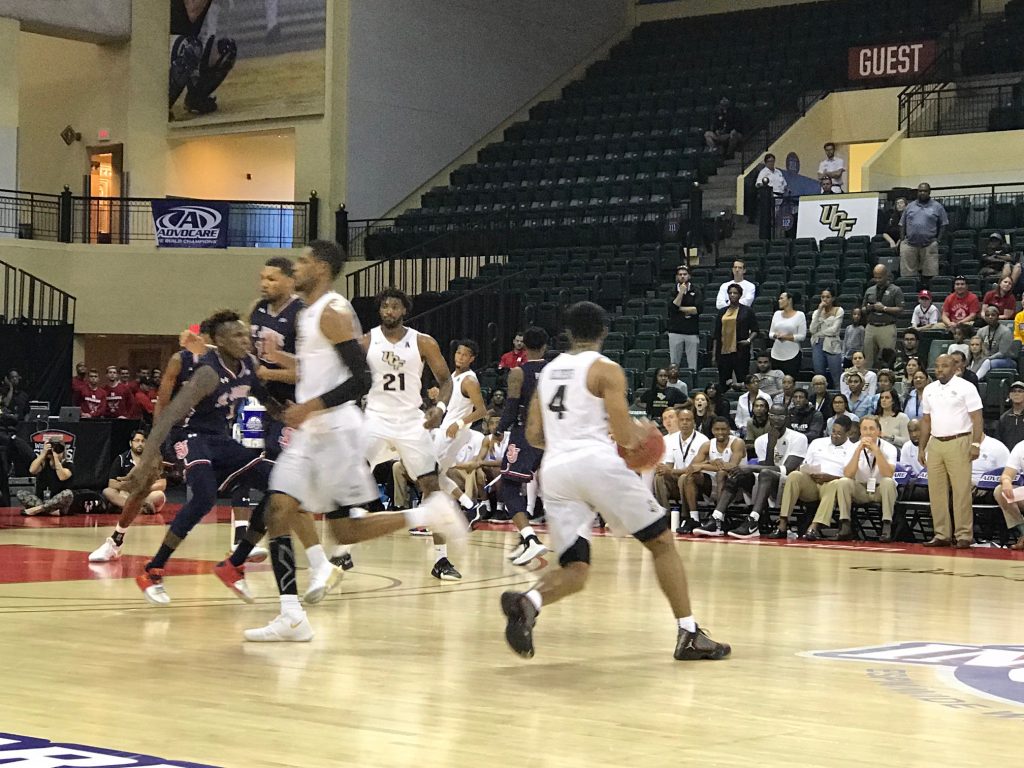 Another issue with the offense was the three-point shot. The Knights only made one three for the entire game, and that was late in the second half. They went only 1-13 from three-point range in this game.

“We’re missing some shots that I thought we normally make,” Dawkins said. “It’s not like we’re taking too many threes. We’re taking 10, 11, 12 threes a game so, we didn’t take a lot of threes. I’ve seen our guys shot enough to know that they’re capable of knocking them down.”

That’s now two losses in a row for the Knights. They are now 4-2 on the season and will be getting ready to face Missouri this Thursday at the CFE Arena.