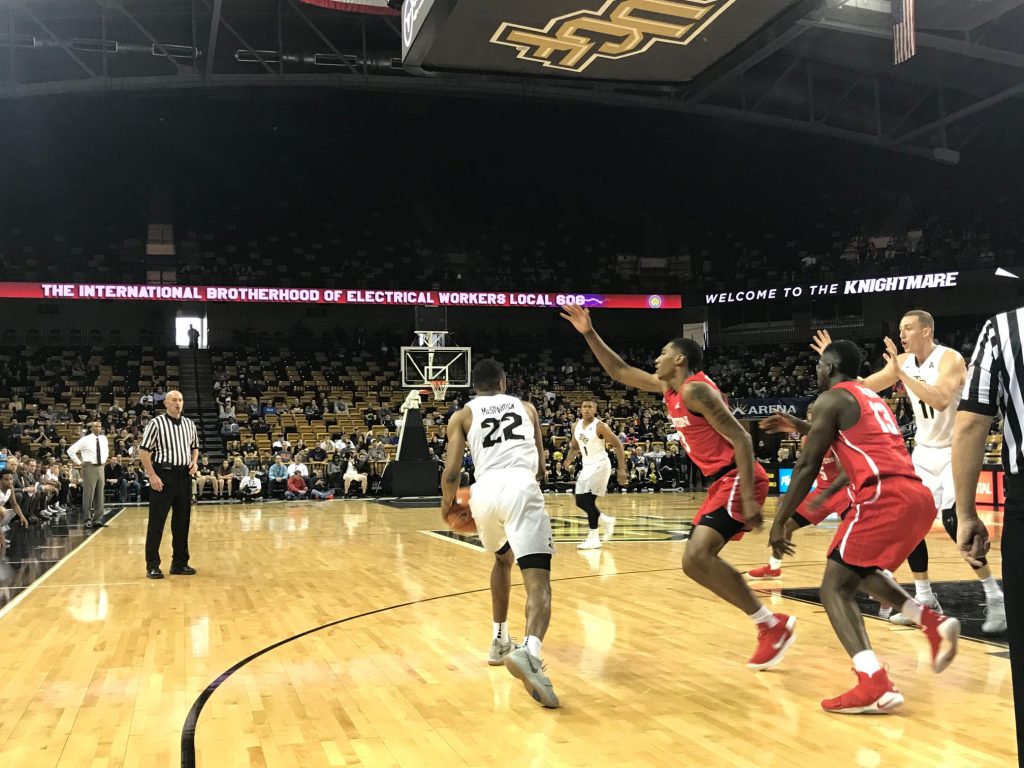 UCF Knights basketball team started out the gates slowly again for the second straight time and were unable to comeback against the Houston Cougars and lost by the final score of 69-65.

“We came out kind of slow so we were playing catch up after the slow start,” AJ Davis said. “We played better in the second half but after trailing in the first [half] it was just kind of tough.”

The Knights only scored 28 points in the first half shooting only 30.6% from the field in the half and the start of the second half wasn’t good either as they went 1-6 to start the second half and didn’t get a bucket for several minutes of the beginning of the half until Davis tipped it in after missing twice.

The Knights really got back in the game however when BJ Taylor turned it up in the second half. With 10 minutes to go in the second half, Taylor only had four points and wasn’t getting the ball as much as he should. 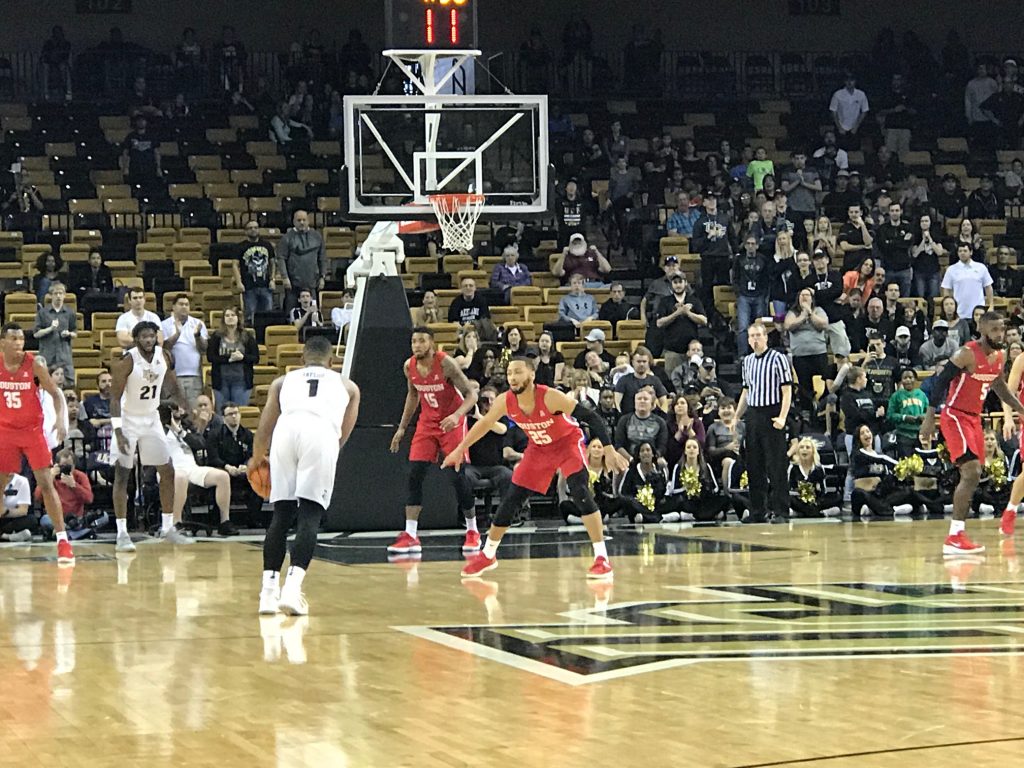 The last 10 minutes he put the team on his back and scored 11 of his 15 in that stretch including the game within two at two points of the game.

“He [Taylor] knows to be asserted down the stretch and make sure we execute and get what we want every time down and I thought he put himself in that position.” UCF Head Coach Johnny Dawkins said.

Houston’s Rob Gray Jr., one of the best players in the American Conference had himself a day against the Knights. He had 20 points, five assists, three rebounds and three steals as the Knights had no answers for his play.

For the Knights, AJ Davis got a double-double by scoring 13 points and 10 rebounds while also having two blocks and steals. Taylor had four assists to go along with 15 points. Ceasar DeJesus and Dayon Griffin each had 10 points as well.

This was a game that the Knights wanted as a win would have put the Knights in 3rd place in the AAC standings with the eighth-ranked Cincinnati next up on their schedule.

The Knights are now 14-8 (5-5 AAC) and as mentioned before will have a tough task and turnaround as they travel to number eight ranked Cincinnati on Tuesday.